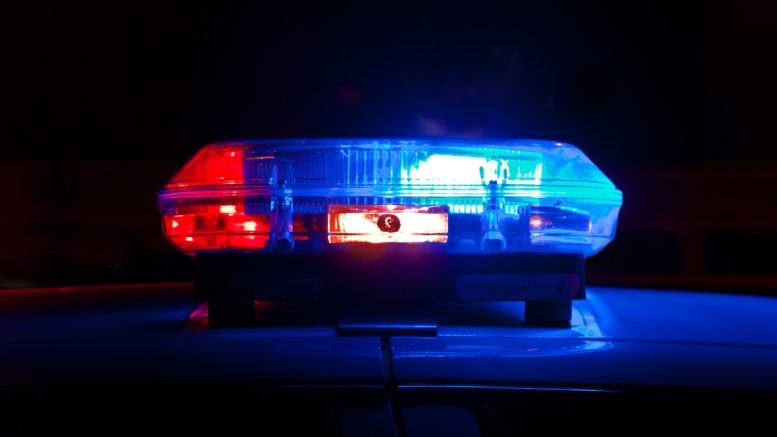 Sheriff’s investigators have announced a suspect in the May 5th slaying of former Sierra College football player and Sacramento electrician T.J. Wellman-Holochwost – and they’re asking for the public’s help in finding him.

Wellman-Holochwost was shot to death just a block north of American River College near a convenience store. This morning, authorities announced they had a homicide arrest warrant for 20-year-old Patrick Lavell Noied, who’s known to frequent North Highlands, Del Paso Heights and an apartment complex near American River College.

Noied is 5 feet, 7 inches tall and weighs 135 pounds. He has black hair and brown eyes. He also has tattoos on his forearms that say “Loyalty brings Royalty,” as well as tattoos of fangs and blood on his throat.

“Noied is considered armed and dangerous,” Sheriff’s officials said in a statement. “Please do not attempt to contact Noied and call 911.”

T.J. Wellman-Holochwost had a wanderlust that made him want to experience the world. From the lagoons of Venice to the spires of Barcelona, the former Sierra College football player was often immersing himself in other cultures. Now, the woman who shared those moments with him is trying to wrap her mind around what happened on the night of May 5, when the 29-year-old was found shot near a busy intersection just north of American River College.

Sharon McCollum says her boyfriend’s murder remains a total mystery to his friends and loved ones – and they’re hoping someone will step forward with information that could unravel what actually happened.

Wellman-Holochwost grew up in Sacramento, a standout athlete who landed a football scholarship at Delta State University in Mississippi. He moved back to the Capital City in 2017. That’s when he settled in with McCollum and he started working as an electrician in Sacramento and the Bay Area. Outside of his job, Wellman-Holochwost’s real passion was for travel. McCollum says he loved exploring cities on the East Coast or roving through medieval streetscapes from Spain to Italy.

“He was super adventurous,” she recalled. “He was a lot of fun, but also someone who was constantly there for his friends.”

Wellman-Holochwost turned 29 last month. He and McCollum were talking about getting engaged, moving to Downtown and planning another big excursion.

On May 5, McCollum started a brand a new job. “It was supposed to be a big day for me,” she noted. “He was telling me how proud he was of what I was doing. He was always supportive of me – he was my cheerleader.”

McCollum says her boyfriend left their house around 9:30 p.m. in his Maserati. She was in the middle of a conversation with her friend as he stepped out, so she didn’t ask where he was going. “I just thought he’d be back in an hour or so,” she remembered.

But Wellman-Holochwost never came back.

According to the Sacramento Sheriff’s Department, at 10:43 p.m. someone near the intersection of Amber Lane and Collage Oak Drive phoned 911 to say that a man had collapsed on the pavement. He appeared to be bleeding.

Sheriff’s deputies arrived to discover Wellman-Holochwost suffering from a gunshot not far from the doors of “B” Brothers Mini-Mart and Tidy Coin laundromat. Both businesses were open at the time. He also went down just across the street from the SpyDogs stand, which was closed, and a small car dealership that was locked up.

Deputies started life-saving measures on Wellman-Holochwost until Sacramento Metro Fire pulled up. Medical responders eventually pronounced him dead on the scene. He was laid to rest last week.

Wellman-Holochwost’s slaying comes in the wake of a major jump in homicides in both the city and county of Sacramento. Each jurisdiction saw murders nearly double in 2020 from the previous year, according to official records.

McCollum says she and her boyfriend’s family are completely in the dark about why he was in that part of town. Authorities have so far been tight-lipped about the case, but McCollum says the victim’s Maserati was recovered, and – at least to her own knowledge – nothing was stolen from him.

Though feeling nearly paralyzed by grief, McCollum is doing what she can to keep the case in the public eye. She’s asking that anyone who might have information to contact the Sheriff’s detectives at (916) 874-5115, or Sacramento Valley Crime Stoppers at (916) 443-HELP. She stressed that anonymous tips can also be left at www.sacsheriff.com or by calling (916) 874-TIPS (8477).

“He was caring, helpful – just a very sweet person,” McCollum said. “What initially drew me to him was he had such a big heart. It’s hard to put into words what this has done to his family and friends.”

She added, “For me, his loss has meant my whole life has changed.”