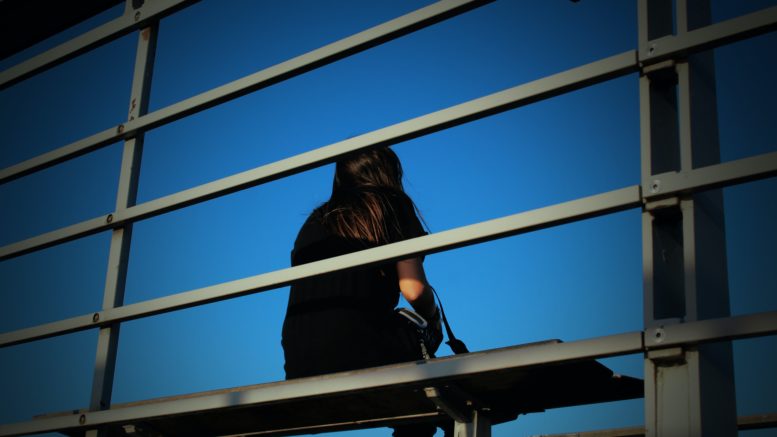 The Sacramento Sex Workers Outreach Program doesn’t deny that human trafficking happens, or that victims of it are hurt in profound ways, but it also doesn’t believe local elected officials know much about either of those topics – or were genuinely motived by them when passing broad legislation against massage parlors across the city last month.

Representatives for SWOP say that the councilman’s team who led the effort has since admitted to not talking to a single massage parlor worker who’s affected by the ordinance, the same theoretical trafficking victims who were constantly invoked as the main justification for enacting it. SWOP and other organizations are now blasting City Hall for what they characterize as a reckless move meant to gentrify parts of Sacramento in a way that could make more women homeless and vulnerable to true exploitation.

“They are using this to go after people engaged in consensual sex work under the guise of ‘trafficking,’ and it’s because they want to redevelop those areas,” said Kristen DiAngelo, co-founder of SWOP. “All of those people that the City talked to when creating this ordinance are businesses that want the place fixed-up, and they can’t do that unless they get the most marginalized workers out of there. They want to get rid of what they call undesirable people.”

The City maintains it made the move based on data from police activity and the best advice from local victims’ advocates and service providers.

The new massage parlor rules were engineered by District 6 councilman Eric Guerra and had vocal support from My Sister’s House, Community Against Sexual Harm, and the Sacramento Area Asian-Pacific Chamber of Commerce. The ordinance established strict new criteria for what qualifies as a professional massage practice and requires those businesses to obtain a special permit. It also charges fees to every worker inside a massage operation, with that money going to local organizations that assist trafficking victims. Additionally, if any massage business is found to have sexual activity happening in it, then no massage business of any kind can operate in that spot for the next five years.

Guerra and city staff said the purpose of the ordinance is to stop businesses in Sacramento that have long been fronts for coerced sex work.

“To the point of being sensitive, it’s about using that right lens and vision,” Guerra noted when it passed, alluding to all the business support being weighed against concerns it fueled stereotypes against Asian women just as a number were murdered in Georgia massage parlors. “We are stronger together,” he stressed.

In short order, SWOP sent a letter to city officials outlining what it viewed as numerous flaws in the ordinance, ones that could endanger women at work and potentially displaced them from their jobs and homes.

“We believe that the very voices of those you are saying that you want to ‘protect’ are silenced,” the letter read.

That, advocates claim, is ethically and legally problematic.

“They’re just throwing the term sex trafficking around and thinking it gives them cover to push this legislation through without talking to the actual workers, so it’s basically an unfair business practice,” Doogan told SN&R. “Guerra’s staff just makes this assumption that everyone involved in a massage parlor is forced labor. They have no documentation to prove that all this forced labor is happening. How can they make that assumption while, at the same time, admitting they haven’t spoken to any of the workers?”

Doogan added, “I do talk to massage parlor workers, and I can tell you they’re irate about how they are being portrayed, but they’re also afraid to come down to City Hall and confront these officials who have all the power, who are basically accusing them of being human traffickers.”

Guerra’s office says it received guidance on the nature of trafficking in massage parlors from Sacramento’s Community Against Sexual Harm. DiAngelo and Doogan argue that particular nonprofit shouldn’t be viewed as an unbiased source, given that it has contracts with the Sacramento Police Department to run its prostitution diversionary program.

“They’ve built their organization around the criminalization of sex work,” Doogan said of CASH.

So, how many workers who are engaging in sex acts inside massage parlors fall under the dominion and abusive grip of someone else? SWOP points to an international survey suggesting the majority don’t indemnify that way, while Guerra’s office points to a survey from the Lake Tahoe area that claims the opposite. If any rigorously accumulated data on the Sacramento region exists from an independent source, it hasn’t been presented at city meetings or to SN&R.

From DiAngelo’s perspective, allowing code enforcement to have the ability to close down massage parlors for five years at a time, via the City’s blanket assumptions about trafficking, will almost certainly result in lower-income women and immigrant women losing their jobs and becoming homeless amidst Sacramento’s spiraling affordable housing crisis. DiAngelo also points out that, for those working in the parlors who may actually be victims, the situation’s the same.

“This ordinance does not provide housing for trafficking victims; it does not provide food for trafficking victims; there’s no services at all provided for victims,” DiAngelo observed. “All it does is harm those workers, and if they close the place, they’re going to be on the streets and they’re just going to be in a worse situation … When people are displaced, that’s when really bad things can happen.”

The City does have the ability to issue women displaced by the ordinance – whether they’re independent sex workers or coerced victims – Section 8 housing vouchers. However, a recent survey from Loaves and Fishes found that nearly a third of those living on Sacramento’s streets have been on the Section 8 housing wait list for over 16 months. DiAngelo sometimes assists sex workers with looking for emergency housing and says that claims of a workable plan from the City are either dishonest or naïve.

“I’ve said to them, ‘You think that little piece of paper you have is actually going to help someone find housing? Then try calling the number, because you have no perception of the lived experience of the people you’re legislating over,’” DiAngelo explained.

This week, Guerra stood by his recent achievement, issuing a statement to SN&R that read, “This ordinance was the result of extensive outreach to the local organizations that provide aid to sex workers and survivors or human trafficking, reputable somatic practitioners and extensive comparison studies across jurisdictions. It’s critical as any law moves forward that we always look at how to improve it.”

From DiAngelo’s perspective, the biggest improvement would be admitting whose interests are most served by the measure. “The bottom line is, this is about redevelopment and gentrification,” she said. “If they were really interested in helping trafficking victims, then they would have talked to actual trafficking victims.”