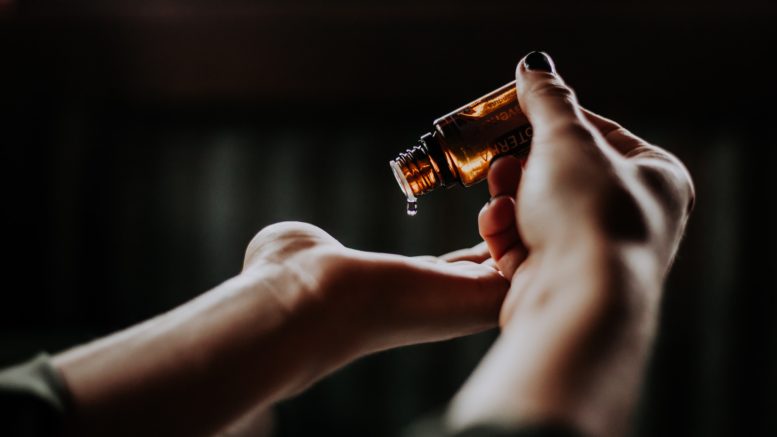 Sacramento officials are cracking down on massage parlors within the city limits, passing an ordinance aimed at separating true professional therapy centers from the ones acting as fronts for prostitution. The move was spearheaded by District 6 councilman Eric Guerra on the grounds that it could stop businesses suspected of being conduits for human trafficking.

While Guerra’s measure was roundly supported by victims’ advocates and service providers, several councilmembers expressed concern about an inadvertent message they might be sending at a time when Asian immigrant women and Asian-American women have been repeatedly targeted for hate crimes.

District 6 includes a large swath of Stockton Boulevard that has a number of massage parlors. Guerra said his team and the city’s staff worked with experts on the ordinance, which strengthens the code for what qualifies as a professional massage practice while requiring all such operations obtain a new special business permit. The measure will also charge additional fees, with that money going to local nonprofits that help women leaving prostitution or escaping human trafficking. Tessa St. John from the city’s finance department explained the details to council members at their April 20 meeting.

“For some background, in 2018, there were 47 police investigations at massage locations, resulting in 37 arrests,” St. John said. “This item has been two years in the making, but we realize it comes at a time when it could appear insensitive, and as something that targets the Asian community.”

The first caller during public comment – a man who didn’t give his name – accused the City of being more worried about NIMBY-ism and pushing its massage parlors into neighboring jurisdictions that don’t have the ordinance than providing meaningful help to victims.

But most callers were supportive. Nilda Valmores, executive director for My Sister’s House, a nonprofit that specializes in helping Asian-American victims of domestic violence, sexual assault and stalking, strongly encouraged city officials to move ahead with Guerra’s plan.

“Through our two decades of services, My Sister’s House has had its share of helping victims who have worked at massage parlors,” Valmores attested. “What these women have had in common is that they’ve spoken an Asian language as their primary language, and were not from Sacramento: In fact, they were from far away and had no support near them. And they would mention their trauma and abuse.”

Terry Galvan, executive director for Sacramento’s Community Against Sexual Harm, also spoke in favor of the ordinance, though she stressed it shouldn’t be used as a method to punish potential victims.

“My organization works with women who have been arrested for prostitution activity inside elicit massage businesses,” Galvan said. “At this time, this is one of only a few tools the City has to remedy the problems that these businesses cause and address complaints from the community. Unfortunately, arresting a person who may be vulnerable and unfamiliar with our legal system only makes things worse, not better. The majority of the women we service retain expensive attorneys before they understand that our recent diversion program is free and can result in a dismissal of their charge. Accumulating this level of debt ensures more hardship and increases the likelihood of exploitation.”

A number of business organizations also chimed in with support, including the Sacramento Area Asian-Pacific Chamber of Commerce.

“These are standards we feel are fair for businesses that are operating appropriately,” said David Nelson, its director of public policy. “We feel the issue of sex trafficking is of paramount importance.”

But District 8 councilwoman Mai Vang, the only Asian-American woman on the council, stressed that the city needed to proceed with caution. Vang said that while she supported the anti-trafficking goal, she worried about exactly how code enforcement would go about making it a reality, as well as how news of its passing might play into broader, more sinister forces.

“While I was reading this ordinance over the weekend, I couldn’t help but reflect on the mass shooting in Atlanta, where six of the women whose lives were taken were Asian immigrant women” Vang said, referencing the March killing spree that 21-year-old Robert Long unleashed at several massage parlors. “This is a very sensitive topic, given the mass shooting, and the perpetrator’s rationale of his sex addiction. I don’t want this ordinance to further stigmatize or stereotype Asian women or businesses … There’s already a narrative out there about the hyper-sexualizing of Asian immigrant women, and I want us to be very cognizant of that.”

District 2 councilman Sean Loloee echoed the concern about broad-brushing a community or immigrant group, as did District 1 councilwoman Angelique Ashby, who had an even more specific bone of contention with the measure’s details.

“This is the section where we begin to tell the women who work in these massage parlors what they can wear, what time of day they can work, and the fact that they can’t have someone else in the room working with them,” Ashby said. “As a woman, I will tell you that, actually, they’re safer in twos … An ordinance that tells women how to dress at work to avoid a sexual interaction is a victim-shaming component.”

She added, “The burden is placed entirely on the women.”

St. John explained that those provisions were added at the recommendation of the California Massage Therapy Council, because they were viewed as best practices for the industry. After hearing Ashby out, Guerra agreed to ditch those parts of the proposal before the vote.

Vang also elaborated on her concerns about implementation.

“If not implemented correctly, it could have unintended consequences,” she noted. “We are in the middle of a pandemic and many of our local businesses have been hurting, and many of them have closed, and for those who are operating legally, this could be an additional burden because there are fees for every worker.”

She added, “There’s a working group that’s been looking at how fees are actually harmful to minority groups.”

Despite the reservations, and after two alterations, Guerra’s ordinance passed.

“This really was a collaborative effort,” Guerra said. “This was everyone pulling together trying to find the best solution forward.”