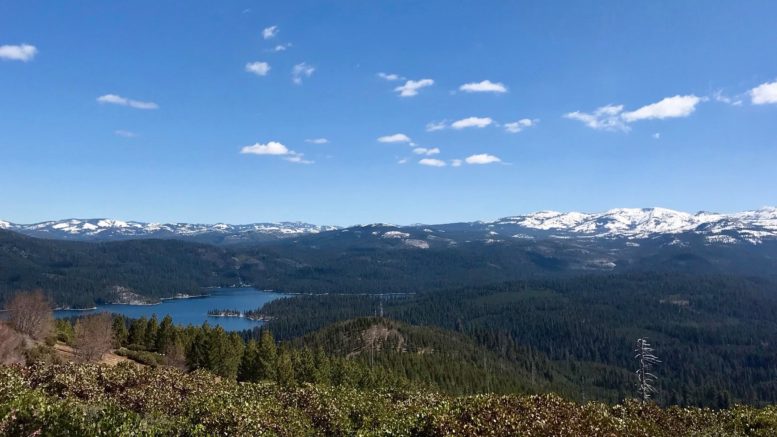 It took decades of political struggle to establish our modern wilderness system, which now contains 109, 138,635 acres. That sounds like a lot, but when you take out the Alaska Wilderness, you end up with about 2.7% of the overall land of the contiguous United States. This is equal to about the size of Minnesota, according to Wilderness.net.

Now, thanks to the new Biden administration, we are seeking to protect 440 million acres – roughly the size of Texas.

This policy shift in Washington D.C. is critical because our current amount of protected land is woefully inadequate compared to the overall wildlands that need to be safeguarded. In the Sierra Nevada, there’s about 3,800,000 acres of protected wilderness, compared to about 12 million acres of overall public lands. That means there’s a lot natural habitat that can and should be designated untouchable wilderness in the Sierra.

Looking at two of specific forests in the Sierra Nevada, the Sequoia and Sierra national forests, there are over 800,000 acres of land that have been identified as having the potential to be protected wilderness.

Beyond the rock and ice

Much of the originally protected wilderness was informally classified as “rocks and ice”. This term was adopted by many in the environmental community, since most forests in the U.S. at the time weren’t protected by Wilderness Act. The original backers of the protected wilderness designation, from John Muir to Howard Zahniser, sought to bring a greater swath of public lands under that umbrella. John Muir thought that all of the Sierra Nevada was public domain and should hence be preserved.

Back then, however, the likes of Gifford Pinchot and his followers ruled the day. They managed to keep a vast majority of public lands open to resource extraction. Their efforts left almost all of the remaining forests in the Sierra Nevada unprotected from logging by the wilderness designation or the National Park classification. Today, because of that, there’s reportedly only 12% of the original old growth forests left. And it’s likely that even that number is exaggerated because of the massive bug infestation and tree die-off that happened between 2015 and 2017.

We may not be able to designate all of the logged-over and burned-up land as protected wilderness, but we can make all the remaining old growth areas places that are no longer in peril.

For starters, we can expand our designated wilderness areas to include the inventory made by the California Wilderness Coalition. We should also create a new category of protected land designation that includes habitat corridors stretching from the high Sierra to the valley floor.

Protecting these habitat corridors means ensuring the entirety of the Sierra Nevada ecosystem will survive.

The current Wilderness Act may be narrow in the scope of land it protects, but it’s still critical to the future of species, not to mention very important for human recreation and scientific study.

Wilderness areas allow for the least the amount of disturbance to the ecosystems. There are no roads, houses or ski resorts. Here, animal and plant species have the best chance of thriving – at least the best since European settlement happened. They are, by definition, in a wild condition. Researchers and biologists learn more from them than any other type of terrain. This growing wealth of knowledge will also help us understand how climate change is impacting our wildlands. Such information is critical to identifying the best management practices needed to deal with a warming world.

And remember, wildlife is in peril but that doesn’t mean conservation has failed.

“I take refuge in a quote from Aldo Leopold. Leopold was a very optimistic person. At one point, when he was in a very grim mood, he wrote to a friend of his and said, ‘That the situation is hopeless should not prevent us from doing our best.’”

Chris Wright is a longtime California conservationist, a former Calaveras County supervisor, a member of the nonprofit Foothill Conservancy and the writer of the Sierra CPR blog.

Be the first to comment on "Essay: Biden’s new 30X30 plan starts with more connected wilderness"