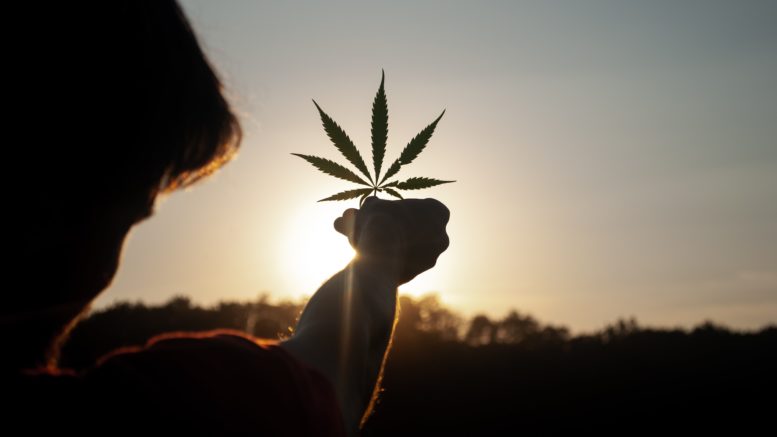 Songs for stoners that each last four minutes, twenty seconds

I was listening to Kid Cudi’s “Marijuana” the other day, drawn into the trance-like feel of this classic weed anthem from his second album.

“Marijuana had my back, my back,” sings the Cleveland-born rapper at the end. “Whoa, never left me lonely.”

That’s when I noticed that Kid’s song was exactly four minutes and twenty seconds long. Well, of course! The decades-old reference, as many know, goes back to four Marin County high school boys who once planned an after-school stoner session at “4:20 p.m.”

It had me wondering why every song about cannabis doesn’t shoot for a four-minute, twenty-second run time. There are, however, some interesting songs that do clock-in at exactly 4:20, even if they don’t reference cannabis.

So, for this year’s stay-safe version of the 420 holiday, I decided to finger through my IPad and create a playlist with a dozen of songs that each run 4:20, starting with Kid Cudi and working downward in no particular order.

Grab your dab rig and a cool drink, sit back and think about how nice normal will be once we get there.

Is it ironic that Kid Cudi quit smoking pot at the age of 27, shortly after this release? Yes, it’s ironic, but the man said he had a business to run.

This is a sentimental song, but with a big sound. According to frontman Dave Grohl, it was his tribute to ordinary, everyday heroes, which may have indirectly included his late Nirvana bandmate, Kurt Kobain.

The West Coast rapper-turned-actor describes the kind of day that any pot smoker could relate to, including a series of bad things that don’t happen. “Saw da police, and they rolled right past me.” I’ll smoke to that.

This song pulsates with energy, illustrating why he was called the hardest working man in show business. “I saw James Brown at Memorial,” said friend told me. “He performed for four hours and rang the crowd out like a dishrag.”

This hit by the Scottish rockers is best known as the closing song to the coming-of-age film, “The Breakfast Club,” where Sacramento’s Molly Ringwald found herself sharing a joint and some enlightenment with her delinquent schoolmates.

A Sonny Boy Williamson original, the British rockers pay homage to his version for the first minute, 45 seconds, before turning it into a Robert Plant/Jimmy Page heavy metal romp.

You know this song is on point with the ganja, because it flat-out tells you. There is also a dose of nasty thrown in for good measure, as Kim compares herself to the best, while Biggie compares her to the best smoke ever.

An unabashed tribute to gender diversity and more, Lady’s energy makes you want to put your joint in the ashtray and dance until an onrush of self-esteem or oxygen depletion hits you.

One of the lighter tracks from the King of Pop’s “Thriller,” if this song doesn’t capture your mood, then “Beat It” is on the same album, and runs only 2 seconds shorter.

This track from the Sacramento band’s “Exmilitary” album starts with a distorted David Bowie sample, as MC Ride descends into an intense cascade of lyrics and mechanical sound effects. And the real drug song doesn’t even come until three tracks later.

Robbins’ country ballad of a gunfighter’s tragic love affair was regularly covered by the Grateful Dead at their live concerts, where the smell of cannabis in the audience was not just expected, but encouraged.

A great summer song made almost entirely of other song samples, this Australian electronic dance band brings it with sophisticated overdubbing and a cornucopia of blended melodies that go well with an afternoon smoke session.

Honorable Mentions (off by one second)

Clocking in at 4:19, always remember that the Beatles were the first rockers to ever tell us, via coded song lyrics, that smoking pot was okay. “I know you, you know me, one thing I can tell you is you got to be free.”

This trio of Brooklyn rappers made a song that oozes with hipness, using jazz samples and post-modern lyrics reworked from the streets. “Our funk zooms like you hit the Mary Jane.”

This song is a regular opener for the band’s colorful, neo-psychedelic concerts. Even if you’re not on drugs, these Oklahoma City rockers generate enough positive vibes to give you the ultimate contact high.