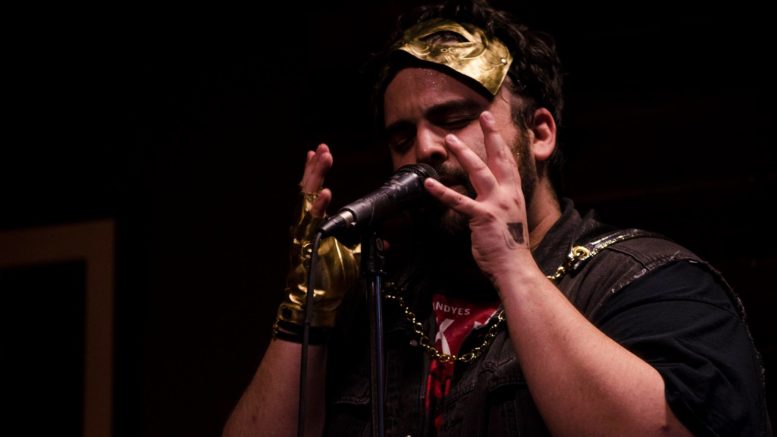 Sacramento has always been a city punching way above its weight on the artistic front. Yet the last 13 months have been grueling for the personalities who make the city so engaging and livable, many of whom have lost the bulk of their income. Now, even with signs the pandemic is waning, there hasn’t been a U-shaped recovery for local talent. Not even close.

Recognizing the need to come together for mutual support – and to have a fun, inter-disciplinary celebration – the nonprofit Artists of Sacramento is pushing ahead with Creative Con, a two-day, virtual-live hybrid event aimed at helping Sacramento’s arts scene rise from its temporary ashes.

“The arts and creative community have been through so much this last year,” said Coday Anthony, one of the event’s organizers. “Even surviving the pandemic alone was tough enough for a lot of people … And there’s an element of loss that’s not just a financial hit. It’s also the case that shows and festivals are the hub of everyone’s social life. We’re trying to help people reclaim that.”

This isn’t Artists of Sacramento’s first attempt at bolstering the Capital’s inventiveness during rough COVID times. Last October, the organization held Shelter Fest, an online music and live performance extravaganza that raised money for players, comedians, spoken word artists and the city’s many shuttered venues. Some of its proceeds also went to outreach for those living on the streets.

Creative Con, which happens April 10 and 11, will focus on different sectors of the arts, including painters, sculptors, photographers, makers, craftspeople and those in the culinary arts. With state and local authorities suddenly loosening health mitigations measures at a brisk pace, it’s a confusing time for anyone throwing a big event. Artists of Sacramento says it wants Creative Con to be as social and interactive as possible, but without compromising attendees’ safety or comfort.

“Last year, once COVID happened, we had to put a pin in the whole idea of Creative Con,” Anthony recalled. “In the fall, when the topic came up again with our board, we just started saying, ‘Well, are we going to do this or not?’ … Finally, the Board said, ‘If we’re not going to meet artists where they are right now, then what are we doing?’”

Saturday will also be anchored by an all-ages drive-in event, hosted by cannabis writer and comedian Ngaio Bealum, and featuring a screening of the documentary “Wonderland,” part of dual acoustic-and-full-band album project by Sacramento hip hop artist Paul Willis, who will also perform live. The get-together includes drive-in style food service alongside cars from the Brazilian Center.

Burly Beverages is also a major sponsor of Creative Con.

“Getting involved was a no-brainer,” said Gabe Aiello, who owns Burly Beverages. “If you look at what Coday and Laura from Artists of Sacramento have done with this, I think it’s really ambitious of them to take this on during the pandemic; and the way they’ve worked through all the challenges is really cool.”

Artists of Sacramento is overcoming obstacles because the broader stakes are high.

In April, Americans for the Arts published a national study on the impact of the COVID-19 lockdowns on everyone who makes their living in the creative economy. It found artists and creatives were “among the most severely affected segment of the nation’s workforce,” having lost an average of $37,430 up to that point in the pandemic. It also found 52% of creatives had been unable to access or afford food at some point, and 78% had no post-pandemic financial recovery plan. Indigenous artists and artists of color bore the highest financial toll, on average, according to the study.

Anthony, who’s a chef, musician and photographer, stresses that it’s not just performers who are in this boat. Some painters, photographers, makers and craftspeople survive almost entirely on fairs and festival circuits rather than storefronts.

“There’s a lot of impact that the average person probably doesn’t know,” Anthony said. “There’s been so much loss.”

Be the first to comment on "Sac’s creatives can’t be caged: Upcoming Creative Con to boost artists after a numbing year"