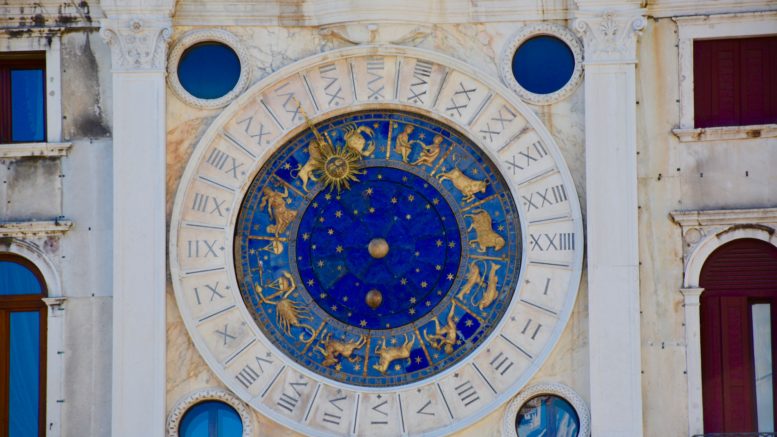 ARIES (March 21-April 19): In the 1950 film Harvey, James Stewart plays a middle-aged man named Elwood whose best friend is a tall invisible rabbit named Harvey. The relationship causes problems with the people in Elwood’s life. At one point a psychiatrist tries to convince him to “struggle with reality.” Elwood replies, “I wrestled with reality for 40 years and I am happy to state that I finally won.” I’m happy to tell you this story because it’s a good lead in to my counsel for you: I suspect that one of your long wrestles with reality will yield at least a partial victory in the coming weeks. And it will be completely real, as opposed to Elwood’s Harvey. Congratulations!

TAURUS (April 20-May 20): The light of the North Star takes a long time to reach us, even though it’s traveling 186,000 miles per second. The beams it shows us tonight first embarked when Shakespeare was alive on Earth. And yet that glow seems so fresh and pure. Are there any other phenomena in your life that are metaphorically comparable? Perhaps an experience you had months ago that is only now revealing its complete meaning? Or a seed you planted years ago that is finally ripening into its mature expression? The coming weeks will be an excellent time to take inventory of such things. It will also be a favorable phase to initiate innovations that will take some time to become fully useful for you.

GEMINI (May 21-June 20): In 1971, astronaut Alan Shepard had the great privilege of landing on the moon in a spacecraft, then walking on the lunar surface. How did he celebrate this epic holy adventure? By reciting a stirring passage from Shakespeare or the Talmud? By placing a framed photo of Amelia Earhart or a statue of Icarus in the dirt? By saying a prayer to his God or thoughtfully thanking the people who helped put him there? No. Shepard used this sublime one-of-a-kind moment to hit a golf ball with a golf club. I’ll ask you not to regard him as a role model in the coming weeks. When your sacred or lofty moments arrive, offer proper homage and honor. Be righteously appreciative of your blessings.

CANCER (June 21-July 22): William Shakespeare worked with another playwright in creating three plays: Henry VIII, The Two Noble Kinsmen and Cardenio. The lucky collaborator was John Fletcher, who was popular and influential in his era. I propose that we name him one of your role models in 2021. Here’s why: You will have an enhanced potential to engage in fertile partnerships with allies who are quite worthy of you. I encourage you to be on the lookout for opportunities to thrive on symbiosis and synergy.

LEO (July 23-Aug. 22): Canadian journalist Nick Ashdown is amazed that white people in North America are so inhibited about revealing their real feelings. He writes, “How bizarre that in English, the word ‘emotional’ is used pejoratively, as though passion implies some sort of weakness.” He marvels that the culture seems to “worship nonchalance” and regard intense expressiveness as uncool or unprofessional. I’m going to encourage you to embody a different approach in the coming days. I don’t mean to suggest that you should be an out-of-control maniac constantly exploding with intensity. But I do hope you will take extra measures to respect and explore and reveal the spirited truth about yourself.

VIRGO (Aug. 23-Sept. 22): Virgo actor Ingrid Bergman appeared in three movies directed by Alfred Hitchcock. In Notorious, set after the end of World War II, she played the daughter of a Nazi spy. During the filming, Bergman had trouble with a particular scene. She explained her doubts to Hitchcock, saying, “I don’t think I can do that naturally.” Hitchcock seemed receptive to her input, but in the end had an unexpected response: “All right,” he told her. “If you can’t do it naturally, then fake it.” I’m going to suggest that you follow Hitchcock’s advice during the next two weeks. “Fake it ’til you make it” is an acceptable—probably preferable—approach.

LIBRA (Sept. 23-Oct. 22): The 17th-century Libran polymath Thomas Browne had a brilliant, well-educated mind. He authored many books on various subjects, from science to religion, and was second only to Shakespeare in the art of coining new words. He did have a blind spot, however. He referred to sex as the “trivial and vulgar way of union” and “the foolishest act a wise man commits in all his life.” Most of us have pockets of ignorance like that—aspects that qualify as learning disabilities or intellectual black holes. And now and then there come times when we benefit from checking in with these deficiencies and deciding whether to take any fresh steps to wisen them up. Now is such a time for you.

SCORPIO (Oct. 23-Nov. 21): “There is no sunrise so beautiful that it is worth waking me up to see it,” declares actor and comedian Mindy Kaling. Is that an unromantic sentiment? Maybe. But more importantly, it’s evidence that she treasures her sleep. And that’s admirable! She is devoted to giving her body the nurturing it needs to be healthy. Let’s make Kaling your patron saint for now. It’s a favorable time to upgrade your strategies for taking very good care of yourself.

SAGITTARIUS (Nov. 22-Dec. 21): All of us go through phases when our brains work at a higher level than usual. I’m guessing that you’re about to enjoy one of these times. In fact, I won’t be shocked if you string together a series of ingenious thoughts and actions. I hope you use your enhanced intelligence for important matters—like making practical improvements in your life! Please don’t waste it on trivial matters like arguments on Facebook or Twitter.

CAPRICORN (Dec. 22-Jan. 19): Today the Capricorn artist Paul Cézanne (1839–1906) is regarded as an important and influential painter. Early in his career, though, he was rejected and even ridiculed by critics. One reason was that he loved making still-life paintings, which were considered low art. Of his 584 works, about 200 of them were of inanimate, commonplace objects. Fruit was his specialty. Typically he might spend 100 separate sessions in perfecting a particular bowl of apples. “Don’t you want to take a vacation from painting fruit?” he was asked. In response, he said that simply shifting the location of his easel in relation to his subject matter was almost more excitement than he could bear. That’s the kind of focused, detailed attitude I hope you’ll cultivate toward your own labors of love during the coming weeks.

AQUARIUS (Jan. 20-Feb. 18): “We all want everything to be okay,” writes author David Levithan. “We don’t even wish so much for fantastic or marvelous or outstanding. We will happily settle for okay, because most of the time, okay is enough.” To that mediocre manifesto, I reply, okay. I accept that it’s true for many people. But I don’t think it will apply to you in the coming weeks. According to my assessment of your astrological potentials, you can, if you want, have a series of appointments with the fantastic, the marvelous and the outstanding. Please keep those appointments! Don’t skip them out of timidity or excess humility.

PISCES (Feb. 19-March 20): DON’Ts: Don’t keep scratching an old wound until it bleeds. Don’t try to snatch away the teddy bear that belongs to the 800-pound gorilla. Don’t try to relieve your tension by pounding your head against a wall. Don’t try to convince a stone idol to show you some tenderness. DOs: Do ask supposedly naive questions that may yield liberating revelations. Do keep in mind that sometimes things need to be a bit broken before you’ll be motivated to give them all the care they need and deserve. Do extinguish the fire on a burning bridge, and then repair the bridge.