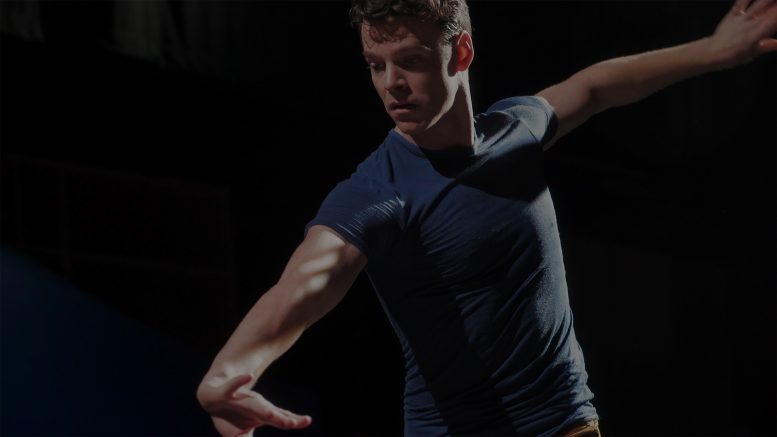 Amy Seiwert began the Sketch dance series with her ballet company Imagery in the summer of 2011 in San Francisco, premiering ballets by four different choreographers to foster innovation in contemporary ballet,

Now, on the tenth anniversary of the series, that innovation is pushed even further. “When it became apparent that business as usual was not an option, we started thinking of how to keep the spirit and the intention behind Sketch going,” said Seiwert, who left as artistic director at Sacramento Ballet after the COVID-19 pandemic canceled its 2020-21 season.

Seiwert’s answer to the pandemic is Sketch Films: Red Thread, featuring four ballets choreographed by Seiwert, Jennifer Archibald, Stephanie Martinez and Ben Needham-Wood. All four films are connected by the common theme of mental health during the pandemic.

Seiwert’s Crack the Dark premieres live on Oct. 1 and will be available for viewing on Oct. 5 on her website, asimagery.org, followed by Archibald’s film on Oct. 16, Martinez’s film Nov. 5 and Needham-Wood’s on Nov. 20.

Crack the Dark was choreographed by Seiwert, produced in collaboration with Academy Award-nominated documentary filmmakers, Kristine Samuelson and John Haptas and inspired by Sacramento chef and restauranteur Patrick Mulvaney.

“Each film is inspired by an interview with someone whose story we’re hoping to tell. So for me, that was working with Patrick Mulvaney,” Seiwert said. “He’s been a pioneer in terms of mental health advocacy for the hospitality field,”

Mulvaney began to advocate for mental health awareness after four people in Sacramento’s restaurant industry committed suicide in the first three months of 2018.

“We know that dance is a nonverbal communication, and it’s very hard to put mental health issues into words,” Patrick Mulvaney said.

After learning about those deaths and celebrity chef Anthony Bourdain’s suicide the same year, Mulvaney formed the “I Got Your Back Project,” designed to break down the stigma of talking about mental health.

“Instead of ‘How are you?’ it becomes, ‘How are you, really?’ And it really changed the culture of the restaurant industry,” Mulvaney said. “That December, unfortunately we finished the year with four suicides in four weeks. Christmas is brutal already and the restaurant just makes it worse. Four funerals in two weeks is just too much.”

In 2019, the health care community recognized Mulvaney’s efforts and invested $300,000 to create a pilot program in 12 Sacramento restaurants. Trained staff— marked with a purple hand—provide mental health support to anyone who needs it.

That December, Mulvaney saw his efforts pay off.

“The dishwasher didn’t come in, so I was washing dishes. The guy comes in, ‘Hey, I can’t work tonight,’” Mulvaney said. “Yana, who was the purple hand that day, reached out and said, ‘Hey, how you doing?’ Guy said, ‘Yeah, I’m fine.’ She said, ‘No, you don’t look fine.’”

The man was considering suicide. The staff jumped into action, calling resources and providing him support. He left that day to check in to a mental health facility for 72 hours and eventually returned to work.

“After he left, I got out of the dish pit and went into the back and started crying,” Mulvaney said. “Yana came up and hugged me and said, ‘Hey chef, he was brave enough to ask for help. And he trusted us to ask us for help and we knew what to do. And last year, four people didn’t have that option.’”

Mulvaney says that after seeing Crack the Dark he felt humbled that people were taking mental health in the hospitality industry seriously.

“I’m a crier, so yeah, I cried. I cried for the emotion that the dance evokes and then also really out of gratitude for the fact that people take what I see as serious issue, they see it as serious, too, and then use their talents and training in order to help spread the message,” he said.

Dance might be the best way to spread the message, Mulvaney said.

“We know that dance is a nonverbal communication, and it’s very hard to put mental health issues into words. But the dance evokes the same feelings so it helps people get to understanding, clarity, and then hopefully it’ll improve our health.”

Be the first to comment on "Dancing to destigmatize"