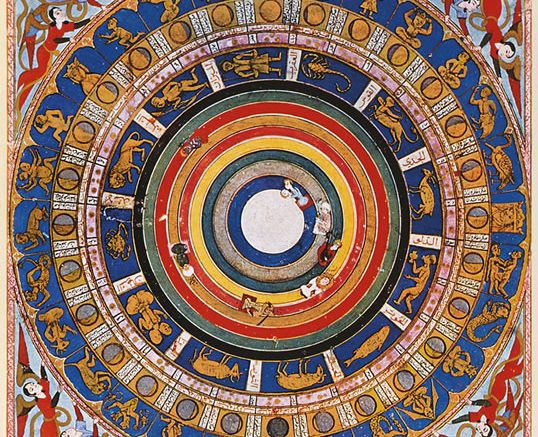 ARIES (March 21-April 19): “We never know what is enough until we know what’s more than enough,” said Aries singer Billie Holiday. I don’t think that applies to everyone, although it’s more likely to be true about the Aries tribe than maybe any other sign of the zodiac. And I’m guessing that the coming weeks could be a time when you will indeed be vivid proof of its validity. That’s why I’m issuing a “Too Much of a Good Thing” alert for you. I don’t think it’ll be harmful to go a bit too far and get a little too much of the good things; it may even be wise and healthy to do so. But please don’t go waaayyyy too far and get waaayyyy too much of the good things.

TAURUS (April 20-May 20): Taurus author Honoré de Balzac (1799–1850) took many years to write The Human Comedy, an amalgam of 91 intertwined novels, stories and essays. For this vast enterprise, he dreamed up the personalities of more than 2,000 characters, many of whom appeared in multiple volumes. I bring this to your attention because I believe that the next 15 months will be an excellent time for you to imagine and carry out a Balzac-like project of your own. Do you have an inkling of what that might be? Now’s a good time to start ruminating.

GEMINI (May 21-June 20): Not until the 19th century did humans begin to take organized actions to protect animals from cruelty. Even those were sparse. The latter part of the 20th century brought more concerted efforts to promote animal welfare, but the rise of factory farms, toxic slaughterhouses, zoos, circuses and cosmetic testing has shunted us into a Dark Age of animal abuse. I suspect our descendants will look back with horror at our barbarism. This problem incurs psychological wounds in us all in ways that aren’t totally conscious. And I think this is an especially key issue for you right now. I beg you, for your own sake as well as for the animals’, to upgrade your practical love and compassion for animals. I bet you’ll find it inspires you to treat your own body with more reverence.

CANCER (June 21-July 22): Cancerian literary critic Harold Bloom bragged to The New York Times that his speed-reading skills were so advanced that he could finish a 500-page book in an hour. While I believe he has indeed devoured thousand of books, I also wonder if he lied about his quickness. Nonetheless, I’ll offer him up as an inspirational role model for you in the coming weeks. Why? Because you’re likely to be able to absorb and integrate far more new information and fresh experiences than usual—and at a rapid pace.

LEO (July 23-Aug. 22): “Magic lies in challenging what seems impossible,” says Leo politician Carol Moseley Braun. I agree with her, but will also suggest there’s an even higher magic when you devise a detailed plan for achieving success by challenging the impossible, and then actually carry out that plan. Judging from the current astrological omens, I suspect you’re in an unusually favorable position to do just that in the coming weeks. Be bold in rising to the challenge; be practical and strategic in winning the challenge.

VIRGO (Aug. 23-Sept. 22): “Joy is a mystery because it can happen anywhere, anytime, even under the most unpromising circumstances,” writes author Frederick Buechner. What he doesn’t say is that you must be receptive and open to the possibility of joy arriving anywhere and anytime. If you’re shut down to its surprising influx, if you’re convinced that joy is out of reach, it won’t break through the barriers you’ve put up; it won’t be able to land in your midst. I think this is especially important counsel for you in the coming weeks. Please make yourself available for joy. P.S. Here’s another clue from Buechner: “Joy is where the whole being is pointed in one direction.”

LIBRA (Sept. 23-Oct. 22): “I transformed stillnesses and darknesses into words,” wrote Libran poet Arthur Rimbaud. “What was unspeakable, I named. I made the whirling world pause.” In accordance with current astrological potentials, I have turned his thoughts into a message for you. In the coming weeks, I hope you will translate silences and mysteries into clear language. What is unfathomable and inaccessible, you will convert into understandings and revelations. Gently, without force or violence, you will help heal the inarticulate agitation around you with the power of your smooth, resonant tenderness.

SCORPIO (Oct. 23-Nov. 21): “Your desires, whether or not you achieve them, will determine who you become,” wrote author Octavia E. Butler. Now is a fertile time for you to meditate on that truth. So I dare you to take an inventory of all your major desires, from the noblest to the most trivial. Be honest. If one of your burning yearnings is to have 100,000 followers on Instagram or to eat chocolate-covered bacon that is served to you in bed, admit it. After you’re through tallying up the wonders you want most, the next step is to decide if they are essential to you becoming the person you truly want to be. If some aren’t, consider replacing them with desires that will be a better influence on you as you evolve.

SAGITTARIUS (Nov. 22-Dec. 21): If you can manage it, I recommend taking a break from business-as-usual. I’d love to see you give yourself the gift of amusement and play—a luxurious sabbatical that will help you feel free of every burden, excused from every duty and exempt from every fixation. The spirit I hope you will embody is captured well in this passage from author Okakura Kakuzo: “Let us have a sip of tea. The afternoon glow is brightening the bamboos, the fountains are bubbling with delight, the soughing of the pines is heard in our kettle. Let us dream of evanescence, and linger in the beautiful foolishness of things.”

CAPRICORN (Dec. 22-Jan. 19): Rapper Eminem advises us, “Never take ecstasy, beer, Bacardi, weed, Pepto-Bismol, Vivarin, Tums, Tagamet HB, Xanax and Valium in the same day.” What’s his rationale? That quaffing this toxic mix might kill us or make us psychotic? No. He says you shouldn’t do that because “It makes it difficult to sleep at night.” I’m going to suggest that you abide by his counsel for yet another reason: According to my analysis, you have the potential to experience some wondrous and abundant natural highs in the coming weeks. Your capacity for beautiful perceptions, exhilarating thoughts and breakthrough epiphanies will be at a peak. But none of that is likely to happen if you’re loaded up with inebriants.

AQUARIUS (Jan. 20-Feb. 18): “Everyone who has ever built a new heaven first found the power to do so in his own hell,” declared philosopher Friedrich Nietzsche. That’s a rather histrionic statement! But then Nietzsche was a maestro of melodrama. He was inclined to portray human life as a heroic struggle for boldness and liberation. He imagined us as being engaged in an epic quest to express our highest nature. In accordance with your astrological potentials, I propose that you regard Nietzsche as your power creature during the coming weeks. You have a mandate to adopt his lion-hearted perspective. And yes, you also have a poetic license to build a new heaven based on the lessons you learned and the power you gained in your own hell.

PISCES (Feb. 19-March 20): Here’s some knowledge from author John le Carré: “In every operation there is an above the line and a below the line. Above the line is what you do by the book. Below the line is how you do the job.” According to my analysis, you have, at least for now, done all you can in your work above the line. That’s great! It was crucial for you to follow the rules and honor tradition. But now it’s time for a shift in emphasis. In the coming weeks, I hope you will specialize in finessing the details and massaging the nuances below the line.