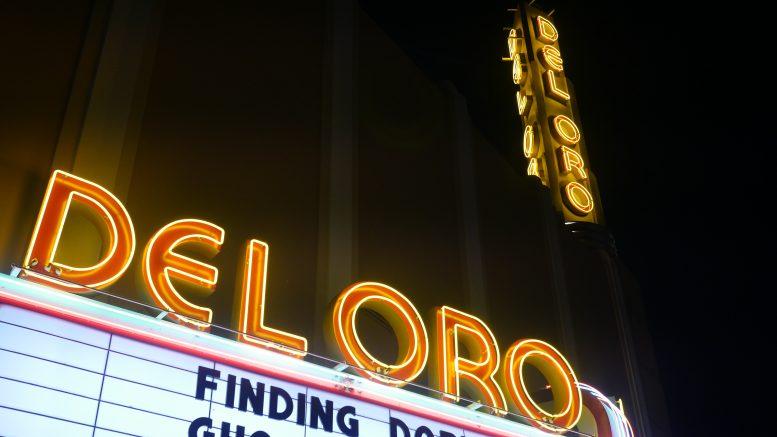 One of the few family-owned movie theater companies in California is fighting to hold onto everything it’s built over 40 years after the COVID-19 resurgence forced its doors shut again.

Since 1979, the owners of Nevada County’s Sierra Theaters have bolstered the region’s art scene by showcasing independent films, screening live national and international theater events and restoring an iconic Art Nouveau movie palace to its former glory, creating a rare atmosphere for watching the latest hits from Hollywood’s dream factory.

Among foothill residents, enamored tourists and Sacramento day-trippers, the work that the Getz and LaMarca families have done to celebrate film and live theater hasn’t gone unnoticed. Now, an entire community is hoping that fans of cinema and historic movie houses will chip in for a GoFundMe campaign (gofundme.com/f/keep-the-lights-on-at-sierra-theaters) to help Sierra Theaters avoid becoming the pandemic’s next small business casualty.

The story of this mom-and-pop operation began when Mike Getz transitioned from showing films on a screen in his yard in San Juan Ridge to lighting a projector inside the Nevada Theater in Nevada City. In his younger days, Getz had managed a movie theater in Hollywood. Once he and his wife Barbara moved to the Gold Country, Getz decided to share his silver-screen passion with his neighbors.

Over the years the couple professionalized that mission as they created Sierra Theaters, a company that now operates three cinemas, all in Grass Valley, as well as the Nevada Theater Film Series, which offers foreign and art house films on Sundays inside a Civil War-era landmark. The Getzs still own the company, though their daughter, Azriel LaMarca, and her husband, Michael, are its primary managers now.

The Getzs and LaMarcas have expanded Sierra Theaters enough that nearly every Hollywood release in a given week plays on one of its screens, which is a rarity in a rural setting. Yet staying on top of the mainstream box office hasn’t taken away from the company’s founding spirit: It continues to highlight independent films, which have been generally waning in the Capital region in recent years. The company’s broadcasts of live events via satellite from the Royal National Theatre in London and Lincoln Center in New York City have gained an even wider fan base.

One of the family’s biggest achievements for the region’s art scene involved purchasing the run-down Del Oro Theater in Grass Valley in 2003 and then lovingly fixing it up. Built in 1942, the Del Oro is one of Northern California’s few survivors from the golden era of mid-century movie palaces. The Getzs and LaMarcas have not only brought it back as a clean, comfortable, fully functional movie house, they’ve maintained much its original character while restoring its captivating neon tower to glow over Grass Valley’s evening skyline again.

Having just celebrated Sierra Theaters 40th anniversary last year, the Getzs and LaMarcas had plenty to be optimistic about before the pandemic hit. But everything started to change in February. As news spread of the coronavirus’s arrival in California, they saw a massive drop-off in ticket sales. Then came the stay-at-home order that temporarily shuttered all businesses that were deemed non-essential.

“We were shut down in March, and we could see that all of the April and May film releases were getting postponed,” Azriel recalled. “At that point, many in the theater business were being told we’d be open again by May or June, with things probably getting back to normal by July.”

Sierra Theaters remained dark, with no income, for three months before Nevada County got the green light from California health officials to reopen most of its businesses. At that point, the LaMarchas started showing films at the Del Oro Theater but kept their other cinemas shut.

Since Hollywood was completely on hold, the Del Oro was featuring classic and cult favorites including “The Goonies,” “The Empire Strikes Back,” “Raiders of the Lost Ark” and Spike Lee’s “Do the Right Thing.” The company was allowed to operate for exactly 16 days before a virus surge across the state prompted Gov. Gavin Newsom to order all movie theaters closed again. Nevada County is not currently on the state’s watch list, but the mandate means the LaMarchas have no idea when they’ll be able to resume operations. They applied for, and received, some federal relief funds, but Azriel says that, at this point, it’s not enough to keep Sierra Theaters from going under.

“This is starting to look like it’s going to be a problem for six months to a year,” she said. “We’re asking ourselves how we’re going to get through to the other side of it – or if we can.”

Last week, the LaMarchas started a GoFundMe campaign to help Sierra Theaters survive the unknown situation ahead. For the first few days, donations flooded in, many with notes from former employees who had worked in the theaters as teens or young adults.

Joe Kruegel, who had a job at Sierra Theaters when he was in high school, says it’s a time he’ll never forget.

“It’s so rare to have a movie theater that’s not corporate these days, and to have its owners right there, just working alongside you,” Kruegel told SN&R. “The family was always part of their employees’ lives. It was the most fun high school job that anyone could ever have. It was also more like a family than any other job I’ve ever been at.”

The Getzs and LaMarchas estimate they’ve employed about 800 to 1,000 young people since 1989, when the company first had enough revenue to start hiring help. Realizing how many of those former workers immediately donated to the GoFuneMe marked one of the few bright spots for Azriel this year.

“That was really sweet,” she said. “It’s nice to know that for so many people, having a first job with us was a big part of their life.”

As of Monday, the GoFundMe for Sierra Theaters was at $72,500 toward its initial goal of raising $75,850 to cover expenses for the coming months.

“The support has been humbling and overwhelming,” Azreil said. “We hope it will be enough.”