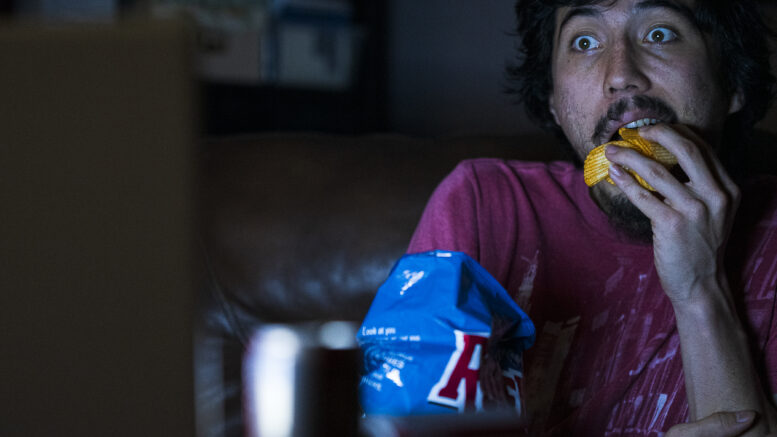 I love a good documentary. But with each day’s news reports seeming more grim, I’ve come to appreciate Documentary Now!, a lovingly detailed parody of the genre’s most celebrated films. Most episodes feature Saturday Night Live alums Fred Armisen and Bill Hader in the primary roles, with many of the episodes written by Seth Meyers and John Mulaney, also formerly of SNL.

Each episode of the faux-documentary series opens with a winking welcome from actress Dame Helen Mirren, there to lend the show a little gravitas while also hinting at which famous documentary is about to be spoofed. My personal favorites: The Bunker, a send-up of the 1993 Clinton campaign documentary The War Room, and Globesman, a nearly shot-for-shot remake of the Maysles brothers’ 1969 film Salesman, which followed the experiences of traveling Bible salesmen. In the Documentary Now! version, though, they’re selling…well, globes, adding a layer of physical comedy not to be missed.

Whether portraying globe salesman, campaign consultants or two aging sisters who have shut themselves in a dilapidated home, Armisen and Hader don’t overplay the premise, and each episode manages to conjure the texture of the documentary it’s spoofing, making it clear that everyone involved with Documentary Now! believes that the sincerest form of flattery is finely attuned mockery. —Lindsay Oxford

Watch: Ghost Stories
What: A 2017 movie adaptation of the anthology horror stage play of the same name
Who: Playwrights and horror enthusiasts Andy Nyman and Jeremy Dyson
How: Hulu, Amazon Prime, YouTube

What’s better than one scary story? How about three-and-a-half scary stories? That’s what you get with Ghost Stories, a supernatural thriller starring co-director/co-writer Andy Nyman and Martin Freeman, from The Office (the original British one).

The anthology-style horror film gets its scares in and gets out in a short 90 minutes before growing too predictable.

Ghost Stories nods to the comedic horror of films such as Evil Dead, but subverts genre tropes to terrifying ends. As you’re looking for those Easter eggs, you might want to flip the subtitles on. The entire film is in some foreign language called British.

Even if you can barely understand anything the characters are saying, the film maintains its creepy tone and manages to sprinkle some darkly comedic moments throughout. —Patrick Hyun Wilson

After sheltering in place for two months, I think it’s safe to say everyone has had the same thought: When is Avatar 2 coming out?

Initially announced in 2010, it’s scheduled to release next year, but after so many delays, who knows? In the meantime, there’s not much to do except dive into James Cameron’s filmography and watch some of his lesser-known work, including Terminator 2: Judgment Day. In it, Arnold Schwarzenegger plays a really strong robot-man, sent back in time to prevent a future where machines destroy humanity. While it’s got the special effects and high-octane action scenes, it’s got some powerful moments too—you really feel something when [REDACTED] lowers down into [REDACTED] in order to [REDACTED]. It’s not Avatar 2, but it’s got heart, and that’s what matters. —Rachel Mayfield

Can Steinberg be recalled?