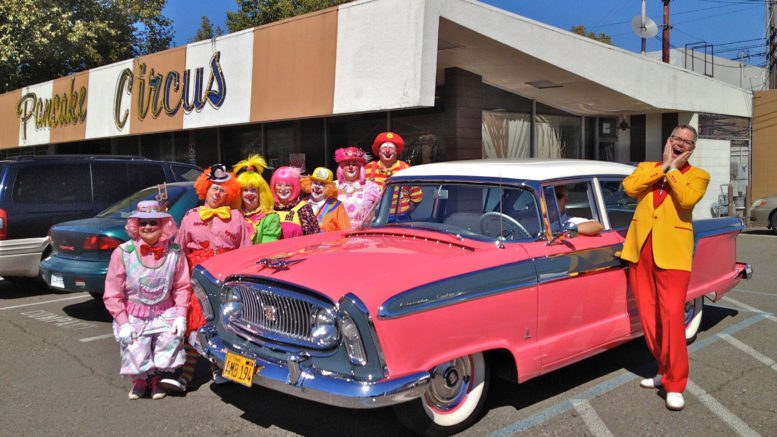 The desire to save Pancake Circus goes beyond city limits

Last week, SN&R reported on Pancake Circus’ struggle to survive amid the coronavirus crisis. After closing down the dining area and laying off the entire staff, it seemed the local diner was about to shut down for good.

But in the past few days, owners Nick Ruebel and Naren Muni say they have seen an uptick in business, resulting in a return to closer-to-normal hours of 7 a.m. to 3 p.m. They’re also considering adding an early dinner service (all still “to-go”) in the near future.

“We’ve brought in a few staff members to help fill the orders and keep up the pace,” says Ruebel. “The staff [are] returning, staff that have been working for us for many years. And we are continuing every day to bring back a few, more because that’s really the way to do it.”

“We love the support from the community,” he says. “If we maintain this during the shutdown, [Pancake Circus] definitely has a happier future.”

And that’s good news for many Sacramento locals, including Michael Thiemann, owner and chef of Jim’s Good Food, which recently opened at 16th and O streets.

“I’m not kidding, [Pancake Circus’] club sandwich is by far my favorite club in town,” says Thiemann. “I actually tried to put a club sandwich on Jim’s menu when we opened, but it wasn’t as good so I pulled it off the menu.”

He’s blunt about the diner’s sometimes divisive appeal and its special role in the city, though: You’re either an evangelist or you walk on by.

“It’s a landmark to some and eyesore to others, but to me that’s Sacto in a nutshell,” he says.

Pancake Circus is located in City Council District 5, represented by Jay Schenirer, who is also pleased to see the diner’s rise in business during tough times.

“As a former restauranteur, I can relate to how tough it is to run a restaurant during normal times, let alone during the current COVID-19 crisis. It’s great to see our neighbors support places like Pancake Circus and other restaurants—even for takeout or delivery,” says Schenirer.

Sacramentans aren’t the only ones invested in keeping the diner open.

Charles Phoenix, internationally recognized “Ambassador of Americana” and author of 2017’s Addicted to Americana, can make an even larger claim: “I have been East, West, North and South, all over the United States, and I can tell you there is no place like it. No place.”

“It has a story, it has a glory, it has a history. It has style, it has sass, it has its own level of class. It’s world-class, is what it is.”

Phoenix, one of the diner’s evangelists, featured a four-page spread on Pancake Circus in his book. He makes frequent visits to Sacramento, and Pancake Circus is always his first stop. And as one of the world’s foremost experts on Googie architecture, his praise holds international weight.

“The architecture is absolutely the epitome of classic, Googie-style coffee shop architecture that is completely unique to the state of California,” he says. “That is a very particular strain of mid-century architecture often seen in diners, fast food, other kinds of buildings as well. But that is a rare structure. The [Pancake Circus] signage is a masterpiece. That font is like a font of optimism.”

While business has picked up in the past week, the future for Pancake Circus remains unclear. Gov. Gavin Newsom announced Monday that Phase 2 of reopening California would start this Friday, allowing some retail businesses to return, including book stores and clothing shops. Dine-in restaurants, however, will not be allowed to reopen yet.

“Hopefully the shutdown comes down to an end in the near future, and we can get back to business as usual,” Ruebel says. “And hopefully people feel safe enough to go out to eat in the dine-in fashion. We really look forward to … [letting] people sit down and enjoy their breakfast the way breakfast is meant to be served.”

Until then, take-out is Pancake Circus’ sole lifeline.

“There is one way—one way—this place, this iconic legendary landmark that is unique in all the world can survive,” Phoenix says. “Go there. Put it up on a pedestal. Go there, take pictures, post pictures, promote it, talk about it.”

“If you want layers of time and history, heart and soul of America, this place has more than just food,” he adds. “It has a story, it has a glory, it has a history. It has style, it has sass, it has its own level of class. It’s world-class, is what it is.”

Be the first to comment on "A slice of Americana"