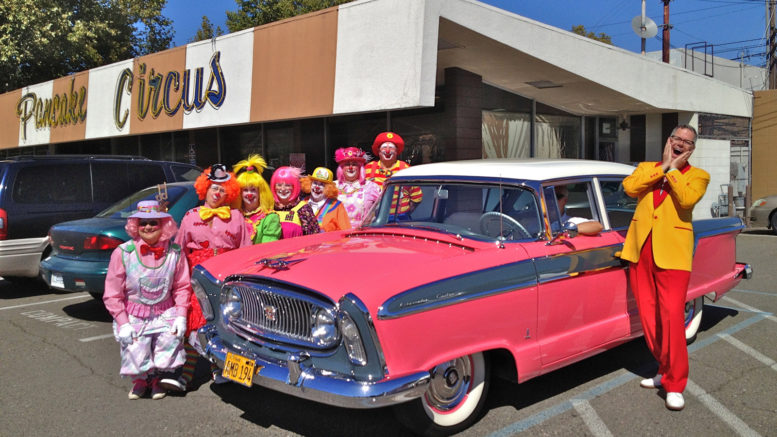 Pancake Circus is a Sacramento institution, but is being hit hard by the pandemic. (Photo courtesy of Gretchen Steinberg)

Re: “Walking the tightrope” by Lindsay Oxford (Dish, April 28):

I’ve been eating there for over 40 years. I can’t imagine not being able to go there again.

This is a serious question. How can a business not survive one month? Did they not have any savings? They let all the employees go and are still sending out to go orders.

Not a big loss

Sad, but this place went downhill long ago.

Open it back up. My wife and I will go there to eat. Who else will step up to their plate!

Who doesn’t love playing Keno while enjoying “The Big Top” breakfast! Buckwheat pancakes are bomb, too.

I’ve been going to Pancake Circus for over 20 years, less and less the last decade. The food quality just is not there anymore. As much as I would love to see an iconic business thrive, without amazing food and service it’s not going to happen. I will not spend my money there anymore.

Good to see not much has changed. In 1990, I went to Cordova Elementary and had an incident at school where the police were involved, and while I was not beaten, I was handcuffed and threatened with violence. I was 10, and looking back I don’t think the police even needed to be involved.

That’s not an incident, it’s an assault.

Be the first to comment on "Letters: Pancake Circus, police"