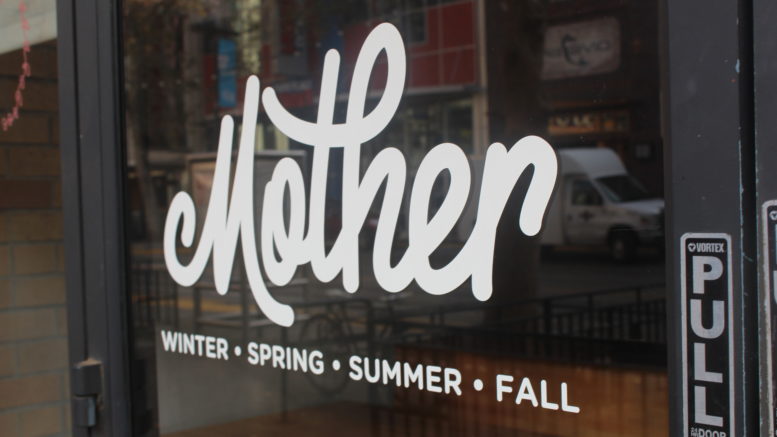 Some of us felt an actual sense of loss, a worry we may never have that chile verde again. For others—those of us vegans who like to cut off our collective nose to spite our face—there was indifference. Responses from online naysayers included “They don’t have enough vegan options” (Its website lists 11 items, and all but two are vegan) and “I’ve heard the owners eat meat.” Heavens! Apparently a few herbivorous folks were unaware that steps away from their veg sanctuary is Mother’s sister restaurant, Empress Tavern, a place I have referred to as Sacramento’s meat palace.

SN&R reached out to Mother and received a statement in an email on Jan. 1, which was later shared online, “It is with great admiration, love, and excitement for the future that we announce our retirement … Craving a po boy or a farro salad? Head on down to our sister restaurant, Empress Tavern … They’ll be opening for lunch starting January 8th with some of the Mother favorites on the menu.”

I’m hoping most of my favorites make the cut and that Empress will continue to add dishes that give vegetables the respect they deserve.

Empress is swankier, to be sure. And if you look at the prices of its entrées, you could assume that the humble $10 mushroom po’boy would see its price skyrocket once it moves downstairs. But so what if prices increase a bit? Most of this town’s fully-veg joints are drowning in mock meat, and there are vegans who wouldn’t bat an eye at dropping $25 at Burger Patch.

For those who would be scandalized by sneaking into Empress’s meaty dungeon: Get over it. Some of the best vegan food in town is made by chefs in “omni” restaurants who respect and do right by the vegetables they prepare. For example, hopscotch across K Street to Mayahuel for a mind-blowingly cheap five-course, prix fixe vegan meal. Hook & Ladder Manufacturing Co. also does killer vegan food, though I prefer its small plates to any of the entrées. (Try the chickpea fritters. You’ll thank me.)

If you loved Mother, feel free to mourn a spot where you could order without asking questions about shared fryers and cross contamination. I’ll miss that, too. If you want to advocate for the vegan cause, thank the restaurants that do as well by veg as they do by meat. Celebrate the food that’s in line with your values and delights your palate. It’s a long shot, but maybe one of those people who came downstairs for meat will see the sweet potato latkes (there better be latkes, Empress) on the next table and think to themselves “Ooooh, that looks good.”

Be the first to comment on "Mom’s last meal"