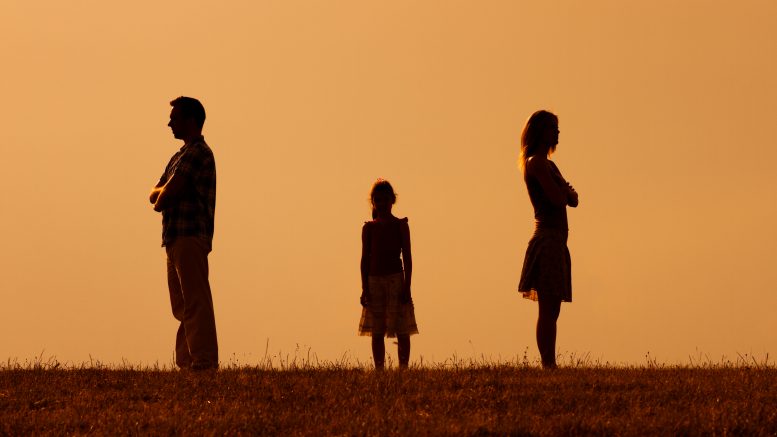 Separation or divorce can be difficult, especially when a child is involved. When a partnership ends with hostility or estrangement, it’s important to have a mediator to make sure children get the support they need. This is where the Sacramento County Department of Child Support Services comes in.

Vinny Valenzuela is someone who benefited from such mediation. His path is an unusual one. He describes himself as “state-raised,” having spent his formative years in California Youth Authority and the California Department of Corrections and Rehabilitation (CDCR). After being paroled, he entered into a relationship and fathered a daughter. Unfortunately, this “toxic and combative” partnership did not last.

“My lifestyle didn’t lead to a healthy relationship with the mother of my daughter,” Valenzuela says.

Valenzuela was able to turn his life around, doing outreach with Narcotics Anonymous and later with CDCR, where he speaks to other parolees about his transition into society. One important step was establishing trust with the mother of his child. To do this, they needed a “financial referee.”

Further complicating matters, the mother of Valenzuela’s child had moved to Texas with their daughter. But through the Department of Child Support Services, they were able to establish fair payments based on the minimum wage in Texas.

“It gave me clear boundaries and responsibilities,” Valenzuela says. “At the time I didn’t have any boundaries.”

Now, Valenzuela and his former partner have a healthy relationship. They are able to have dinner together with their daughter and Valenzuela’s current wife—no arguments or resentment. And Valenzuela’s outreach has extended to the same Department of Child Support Services that made this reconciliation possible. Through DCSS, he has spoken at Policy Symposiums and Whole House Meetings.

At these events, Valenzuela is open about his past and his initial resentment of the chid support process. At first, he found the steps toward a child support arrangement—automated messaging systems, arranging a caseworker, setting up payments, looking for work—intimidating.

“I was not what you’d call a star client,” he says.

However, his caseworker provided reassurance, directed him to outside resources, and explained the rationale behind every step. He has been transformed from a reluctant participant to an advocate.
When asked what he would tell parents about to undergo this process, Valenzuela’s message is simple.

“Try to be patient,” he says. “If you can do that, you’ve got a chance of making your kid see that both parents can work together. And that’s everything.”

Sacramento County Department of Child Support Services' mission is to enhance the lives of families. SCDCSS does this by helping parents stay involved in the support and development of their children. Studies show that having each parent involved in a child’s life improves overall well-being—they are likely to do better in school, have lower dropout and incarceration rates, go on to college, and lead happier and healthier adult lives. https://childsupportservices.saccounty.net/Pages/default.aspx

Love in the time of COVID-19

Dad would have been 100 this week