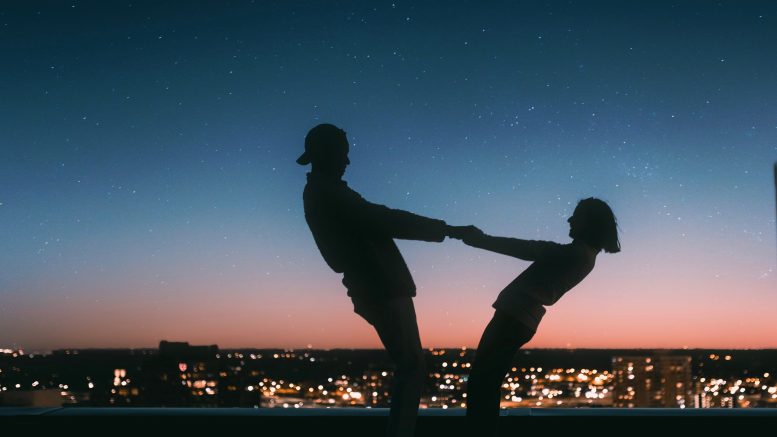 By Elizabeth Meza and Angela Rodriguez

Maddie Jine and her boyfriend Joel Montano had been in a relationship for about two years, when recently they decided to move together into a Sacramento apartment. Jine, 22, and Montano, 24, knew that they would eventually live together but, like many other couples in Sacramento, convenience – and the isolation of a global pandemic – encouraged them to cohabitate a lot sooner.

“Everything is split, which makes it easier financially,” Jine said. “Doing that on your own would be much harder than doing it with someone else.”

Like Jine and Montano, many more couples in Sacramento are moving in together before they commit to marriage. The percentage of couples unmarried and cohabiting in the capital region has increased from 12 % to 14 % since 2015, U.S. Census Bureau data shows.

Licensed psychotherapist Megan Negendank of Sacramento’s Love Heal Grow Therapy Center said that couples are choosing to live together and remain unmarried for many reasons. She said that generations in their 20s and 30s feel more secure in challenging norms.

“People are more flexible,” Negendank observed. “They might be at an age where they aren’t ready to get married, but they don’t want roommates anymore, they don’t want to live with parents, and it would be a lot more affordable with their partner. That might be a big motivator.”

Negendank added that she does not believe that cohabiting before marriage has an effect on a relationship’s success or failure.

According to research provided by the Council on Contemporary Families, couples who chose to cohabit before marriage had a 33 % higher divorce rate than the couples who waited to move in together after getting married.

However, associate marriage and family therapist Madison Hamzy said that cohabiting before marriage can work well.

“I think it’s really helpful for couples to experience themselves in the same space in that way,” Hamzy explained. “They can experience what it’s like to have interdependence in the relationship, where you feel secure to have your own life, hang out with your friends, go to work, and have your alone time. You also get to learn how you experience one another and how your habits form.”

Hamzy also noted that living with someone else does not always meet everyone’s expectations.

“I think it’s the expectation versus reality we get through media, social media, and listening to our friends’ relationships,” Hamzy reflected. “We idealize what it’s like to be sharing a space with someone. There’s a lot of things about living with somebody that are unsexy and unfun. It takes a lot of work and a lot of work beforehand to outline what our expectations are of each other.”

She stressed that not discussing these things before moving in together can lead to conflict later on in the relationship; it requires work and communication.

“I would say sit down and talk about some really hard questions,” said Hamzy. “Talk about domestic labor, how much alone time you expect, and how you express that you are upset. Having that conversation with your partner is really helpful not only before marriage but before moving in together.”

Sacramento State students Janessa Jennings, 21, and her boyfriend Ivan Ortega, 21, have lived together for about two years. Jennings and Ortega believe that living together has improved their relationship and helps them imagine a future together.

“I really like living with him because it’s comforting,” Jennings said. “We already know what to expect. Personally, I would not want to get married first and I think that people should move in together first to figure it out.”

Jennings encourages other couples to live together if they have a serious relationship.

“I would recommend it if they are ready at that stage of their life,” she added. “The reason why I think this way is because I want to get married. One of my priorities in life is to get married and have a family.”

Maria Sosanavongsa, 22, and her boyfriend Oscar Diaz Zelaya, 22, have been in a relationship since they attended high school in Sacramento. Due to financial and family hardship, Sosanavongsa and Zelaya have lived together since they were both 16.

Sosanavongsa shared that it was not an easy experience, at first, because they were so young. She also said that she faced a lot of hostility from her friends who did not understand her living situation.

“Our situation took a lot of communication and compromise,” Sosanavongsa recalled. “We’re still trying to learn how to live with one another and it’s hard sometimes. Not a lot of people are meant to do this.”

Despite the challenges Sosanavongsa and Zelaya have faced, they have put in a lot of effort in their relationship and hope they will get married someday.

“It’s not easy living with your significant other,” Zelaya acknowledged. “It challenges us everyday and we learn new things about each other. But in the end, I feel like it’s worth being able to spend time with someone you love so much. It takes 100 percent for both parties in a relationship for it to work.”

Jine and Montano were both undergraduate college students when they decided to rent an apartment together. While Montano attended UC Davis and Jine attended Sacramento State, they realized they were both in need of housing away from their hometown after the pandemic.

“If it wasn’t for the circumstance, I don’t think we would have moved in at the moment,” Jine shared. “Timing might have been different. I would say that financial reasons have a lot to do with it.”

Be the first to comment on "Cohabitating in the Capital City: percentage of young local couples living together before marriage jumps"