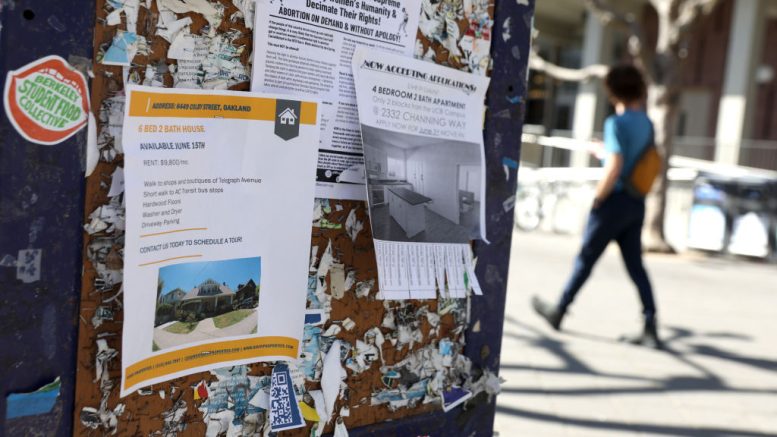 48,000 underpaid student workers in the University of California system prepare to go on strike Nov. 14.

Heeba Hartit, a teaching assistant and PhD student in comparative literature at the University of California, Riverside, gets paid by the university for 20 hours of work per week. On average, she says, Hartit logs closer to 30 or 40 hours while teaching three sections as well as “curriculum planning, learning and reading the course material, attending the lecture component of the discussions I teach, answering emails, grading papers, reviewing rough drafts, office hours and more.”

That’s hardly a new phenomenon; most universities have quietly profited from unpaid hours of extra work by their graduate student assistants for decades. But in California, where the basic cost of housing has been skyrocketing for years, the math no longer adds up.

The state’s student teachers, in many ways the backbone of the UC system, often cannot afford to live where they work. That is a statewide problem in the long run. In the immediate term, the university’s 10 campuses are poised to feel the pain.

A Nov. 14 strike date has been set by roughly 48,000 UC student workers, a group that includes teaching assistants, tutors, postdoctoral scholars who teach and grade papers and other academic employees. Organized under the umbrella of the United Auto Workers union, the student employees are part of a large though relatively unknown labor force; roughly 10% of all postdoc workers in the U.S. are employed by the UC system.

The heart of the matter is pay, because increasing salaries is virtually the only way student workers can afford the rent in the areas where many UC campuses are located. Teaching assistants, for example, are paid $24,000 per year, far less than the median rent in Los Angeles and other markets where UCs sit. Some researchers earn higher salaries — potentially up to $40,000 — but most are capped at 20 hours per week.

The union is asking for a minimum of $54,000 per year for all student academic workers, a figure negotiators say is based on the median cost of housing in the state. A university spokesman said UC is offering wage increases to help the workers “meet their housing needs.” Those proposals ranged from 4% to 7% and are not close to what the union is seeking.

Unsurprisingly, then, more than 50 negotiating sessions, going back months, haven’t tightened that gap. In addition, the union workers say, the university has changed working conditions and wages more than once without bargaining, something they want addressed in any new agreement. The vote in favor of authorizing a strike was 98%.

“We cannot achieve our full potential as researchers and educators while laboring under unfair conditions,” says Maya Gosztyla, a PhD candidate and student worker in UC San Diego’s biomedical sciences program. “We have negotiated in good faith in order to ensure a better long-term future for academic workers across our campuses, but UC has not shown us that same respect.”

A strike would jeopardize the UCs’ ability to complete the fall term without heavy disruption. “Our teaching assistants do the vast majority of the teaching work for UC, and we do basically all of the research,” Tanzil Chowdhury, a graduate student researcher at the Lawrence Berkeley National Laboratory, told the San Francisco Chronicle. “If these two things stop, the university can’t really function.”

This isn’t merely a school issue. California’s escalating housing crisis has ratcheted up the pressure everywhere on renters, who comprise 44% of all residents in the state. And it isn’t only in obvious UC markets like Los Angeles, Irvine, Santa Cruz or San Diego.

Hartit’s story is a case in point. She studies and works in Riverside, long considered “a more affordable UC,” as she put it. But she is paying half of her annual take-home income to live in off-campus housing, and the Riverside-San Bernardino-Ontario market recently climbed into the ranks of 10 costliest in the U.S. in terms of rent. According to the Los Angeles Times, more than 92% of UC teaching assistants statewide are rent burdened, meaning they pay more than 30% of their income in housing costs. Four in 10 spend more than half of what they make on a place to live.

“I have co-workers who have had to move over an hour away and share space with several roommates to afford rent,” says Hartit. “Even for those who do live in campus housing, workers funnel about 50% of their salaries back to the UC for apartments in extremely poor condition.”

Ultimately, the threat to UC’s highly regarded system is a talent drain, one reason why a sudden compromise that originates on the university side wouldn’t be shocking. Last fall, UC management averted a strike by the system’s 6,500 lecturers at the last minute by agreeing to 30% raises spread over five years, plus increased job stability.

The student worker action likewise may come down to the wire. The Nov. 14 strike date was set to coincide with the last few weeks of the fall quarter, when student academics are relied upon heavily to teach courses, counsel students on upcoming exams, administer the finals and post grades. Administrators at several campuses have predicted serious hardship for UC students if the strike commences.

If it does, Hartit says, she won’t be alone as she protests at UC Riverside.

“Plenty of my students will stand by me at the picket line,” she says. “My students have all extended compassion and support towards our current situation. My working conditions are their learning conditions.”