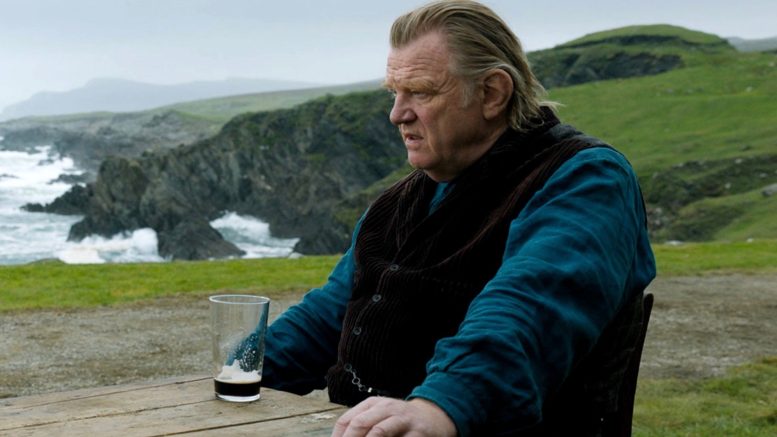 Writer-director Martin McDonagh has now made four films—and all of them are masterpieces. The Banshees of Inisherin reunites Colin Farrell and Brendan Gleeson from his feature debut, the classic In Bruges, and it is one of the year’s finest films.

Padraic (Farrell) and Colm (Gleeson) are two friends living off the coast of Ireland in a fictional place called Inisherin in 1923, when Colm has a sudden realization: He truly can’t stand Padraic and doesn’t want anything to do with him going forward. It’s not that Padraic has done anything specifically wrong; he’s just super-dull in Colm’s eyes, and Colm wants to spend his remaining years composing music for his fiddle.

Naturally, this takes Padraic by surprise, especially since he sees himself as a generally jovial man, and his daily trip to the pub with Colm is the only thing he ever gets to do besides hang out with his sister, Siobhan (Kerry Condon), and their animals. Padraic decides to keep pursuing the friendship, and find out what he has done to offend.

Each effort toward reconciliation proves fruitless, and Colm ups the ante: If Padraic doesn’t stop speaking to him, he is going to cut off his own fingers with a pair of shears, one at a time. This, of course, will hinder his attempts at composing music, but it’s a price he’s willing to pay.

It’s an outrageous premise handled heartbreakingly well by McDonagh and his cast, which also includes Barry Keoghan as Dominic, Padraic’s “backup” friend—a person who makes Padraic look like Albert Einstein in comparison. Farrell, Gleeson, Condon and Keoghan should all find themselves in the running for Oscars and other awards, as they all turn in career-best work—especially Farrell, who shines yet again in a McDonagh film. He’s been in all but one of McDonagh’s movies, and they’re all his best work.

It’s hard not to sympathize with Padraic after he’s called “dull” by his supposed best friend. After all, there really isn’t anything to do on their remote island other than have a pint and stare at donkeys. He seems to be about as happy and sensible as you’d expect a guy to be in his situation; his being called dull makes him more of a victim of circumstance than an actual idiot.

He’s just sort of in the way when Colm suddenly realizes he’s done relatively little with his artistic aspirations as he’s journeyed well past middle age. Padraic is basically the friend who was around as Colm lazed about and drank pints for decades, and now Padraic is being taken to task for somebody else’s lack of active ambition. Padraic’s frustrations, although set in a fictional realm, come off as genuine, and Farrell conveys them poetically.

Fed up with the nonsensical male posturing, Condon is revelatory as Siobhan, the most magical woman on the island who is wasting her days making porridge for her bro. It’s clear what her character represents in this movie; she and McDonagh deliver the message with understated grace. Gleeson is simply perfection as the troubled artist who decides a change is necessary—and overdoes it, perhaps, in pursuit of that change. At times, he seems almost monstrous in his attempts to avoid Padraic, even though he has the right to tell somebody to stay the hell away from him.

Watching McDonagh’s beautiful, disturbing fable, I couldn’t help but see the parallels between Colm’s gripes and the problems with modern social media, where many hours are spent looking at what people had for lunch or enduring politically biased ramblings. Colm, for example, complains about a long conversation he had with Padraic about the contents of a pony’s shit, and how that ate up valuable time. While I can relate to Colm, however, I’m not prepared to mutilate myself unless my Facebook friends stop posting pictures of sandwiches.

In Bruges, Seven Psychopaths, Three Billboards Outside Ebbing, Missouri, and now this gem: McDonagh, a renowned playwright, is on a roll like no other with his feature films. May he deliver many, many more in future years.

Be the first to comment on "Friends no more: Martin McDonagh has another classic on his hands with ‘The Banshees of Inisherin’"