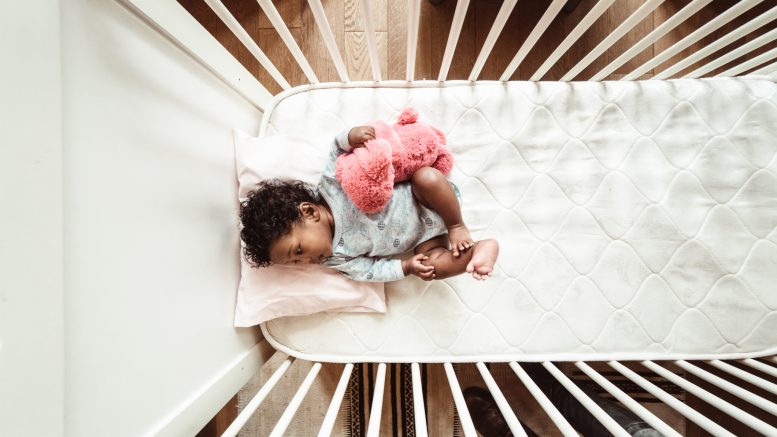 Earlier this year, Los Angeles County opened the application window on a new universal basic income (UBI) program called “Breathe,” which guarantees 1,000 residents $1,000 a month for three years. Participants must be 18 or older, live in economically disadvantaged neighborhoods and have household incomes at or below 100% of the county’s Median Household Income threshold.

Anyone who fits the criteria, including expectant mothers, can apply to “Breathe.” Meanwhile, the state is in the process of rolling out other pilot UBI projects for vulnerable populations, including those aimed specifically at pregnant women, building upon the successes of similar programs elsewhere, such as one in Manitoba, Canada.

“They’ve had amazing results,” says Zea Malawa, a pediatrician and public health professional with the San Francisco Department of Public Health, about Manitoba, where low income women are eligible for the equivalent of up to $59 per month during the last two trimesters of their pregnancy. The nearly 20-year-old program is linked to improved developmental health and birth outcomes, including a 19% reduction of low birth weight and a nearly 17% decrease in preterm births among First Nations women.

In Los Angeles County, where Black infants are three times more likely to die within their first year of life than white infants, universal basic income could be a way to address a thus far intractable problem. In 2018, the county began the African American Infant and Maternal Mortality (AAIMM) initiative, which has the five-year goal of reducing the gap between Black and white infant mortality in Los Angeles County by 30% by 2023.

Through programs like the community supported village campaign and a home visitation network, the AAIMM initiative has come to be seen by many mothers, community advocates and stakeholders as essential to redefining the Black birthing experience in L.A. County.

“We give them the support they need, and say, ‘You’re not alone,’” says Marquita Jones, community outreach liaison for the Children’s Collective’s Black Infant Health Program, a South L.A.-based nonprofit.

UBI is seen as another potential layer of support to L.A. County’s most vulnerable mothers and families, especially at a time of such yawning income inequality.

Malawa runs the Abundant Birth Project in San Francisco, the first income supplementation program for pregnant women in the U.S. that’s unconditional, meaning recipients can spend the money on whatever they see fit. The program is geared to the city’s Black and Pacific Islander communities; participants receive $1,000-$1,500 per month for the duration of their pregnancy and first six months of the baby’s life.

As of June, 104 mothers had enrolled and 37 babies had been born. Most mothers have come from disadvantaged neighborhoods with miniscule household incomes relative to those in the city at large. According to Malawa, the average household income of the project participants has been roughly $21,000 versus a citywide average that is nearly $100,000 higher.

The project’s designers say that it is too soon to draw any conclusions. But participating mothers have expressed feelings of hope and self-agency, says Malawa. “They’re able to do planning in the way they weren’t able to do before when they were just trying to live check to check.”

Janette Robinson Flint, executive director of Black Women for Wellness, a nonprofit focusing on health education, has been a pillar of the AAIMM initiative’s rollout in South L.A. She believes UBI could prove a game-changer for Black mothers in Los Angeles, but understands that such interventions aren’t always an easy sell to the public. “What I want to do is minimize the fears and hesitations that people might have around universal basic income, and talk about the potential for its success based on where it has been successful,” she says.

Mothers, health officials, nurses, doulas, academic experts and community advocates interviewed for this story have said black infant mortality in Los Angeles must be addressed through a range of solutions that both fill gaps in health services and access as well as address the impact of broader and deeper racial inequities. Exploring options like UBI is part of the kind of multipronged approach they say is needed, because Black health is affected by poverty and racism as well as medical practices and service levels.

Too often, the most effective interventions in Black maternal and infant health care are smaller, more localized programs with limited reach, says Brandi Sims Desjolais, who sits on the AAIMM initiative’s steering committee and is a maternal health expert with the Charles R. Drew University of Medicine and Science. And the reasons these programs have remained hyperlocal are “structural barriers” to their expansion, like institutionalized racism inherent in the country’s health care system, she says. “Black women, Black families, have not been a target population of public health — of hospitals — ever.”

To help knock down these barriers and “address this issue of Black birthing disparities,” says Desjolais, she and a team of experts have spent the last few years studying the different relationships between community health systems and local institutions, like nonprofits and universities both at home in L.A. County and abroad, to gauge what works and what doesn’t.

The result is the Black Maternal Health Center of Excellence in South Los Angeles, where the Black infant mortality rate is among the highest in the entire county. As Bita Amani, a social epidemiologist at the Charles R. Drew University of Medicine and Science and co-director of the center with Desjolais, tells it, a key aim of the center is to provide a “dynamic,” multitentacled intervention program in order to “shift the culture of care” for Black mothers and Black birthing people.

Until now, the center’s work has focused on increasing the number of Black providers in hospitals and community-based settings. This month, it will officially open a maternity home for Black women — one relatively novel in the U.S. — that provides free group prenatal wrap-around services such as lactation, mental health and physical therapy support, access to doula care and increased efforts to engage fathers. All this, while “creating a space for up-and-coming clinicians to be able to observe and participate in a culturally competent intervention,” says Desjolais.

Aside from the maternity home, the center is in the process of launching a breastfeeding research project, opening up a fellowship to support local emerging leaders in Black maternal health and rolling out a pilot program to improve workforce sustainability. According to Deborah Allen, deputy director of the L.A. County public health department, there’s serious talk of opening up a sister center in the Antelope Valley, where Black infant mortality rates are even higher than in South L.A.

The center takes important cues from the health care system in a country that has a fraction of the U.S.’s economic clout, but where infants enjoy a better rate of survival. “When you look at infant mortality across the world, there’s a very close link between national income and infant mortality,” says Allen. “But there are some outliers, and Cuba is an outlier.”

Amani and Desjolais have made scouting visits over the last few years to the island, which boasts an infant mortality rate significantly healthier than the Black infant mortality rate in L.A. County — 4.1 infant deaths per 1000 live births compared to 8.7. As Amani tells it, “Community health is integrated deeply into all parts of [Cuban society].” Indeed, though there’s some dispute over Cuba’s reported numbers, the country is widely praised for a universal health care model that prioritizes community based primary care. As recently as 2008, the nation had the highest doctor-to-patient ratio in the world.

Clearly, efforts to bring the county’s Black infant mortality rate in line with countries such as Cuba need to be more carefully tailored to the particular needs of the Black community. That’s why many mothers, health care professionals and other experts will be watching the center’s work closely in the years ahead, hoping that it delivers on its early promise.

“It’s a gloomy situation,” says Amani, of the county’s current birthing outcomes. “But there’s a break in the clouds and an opportunity here that we’re definitely acting on.”

This article was produced as a project for the USC Annenberg Center for Health Journalism’s 2022 California Impact Fund.