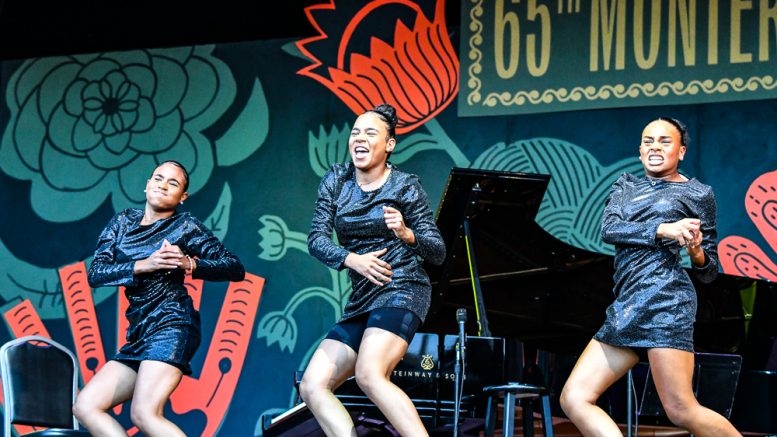 If crowds and energy are any indicators, the 65th annual Monterey Jazz Festival concluded as a resounding success.

The two-and-one-half-day outdoor Jazz Festival kicked of Friday, Sept. 22nd.  It started on a clear night with a spectacular performance by Chucho Valdes and his twenty-plus-piece Youroband Orchestra. Their incredible Afro-Cuban rhythms could barely keep thousands of jazz fans in their open-air seats.

MJF is the longest-running Jazz festival in the nation. The bandleader of Incognito, Jean-Paul Maunick, proclaimed it “the greatest jazz festival in the universe.” Incognito, the rhythmic jazz band from England, has been performing there since 1979. They followed Chucho with a strong closing performance on the first evening.

The Monterey Jazz Festival always delivers a diverse selection of artists, some well-known, but all accomplished. This year’s line-up included Joshua Redman, Kurt Elling, DeeDee Bridgewater and Gregory Porter, along with newer artists and bands including Artemis, the all-woman band; Les Cafeteras, a Mexican/American band; Butcher Brown; and RankyTanky. There was also an incredible Dutch, three-woman dance group called “Let it Happen.”

The lovely 28-year-old Veronica Swift soothed and lifted the crowd with her silky jazz voice and spontaneous scat singing reminiscent of Sarah Vaughn and Nina Simone. Having previously toured with Wynton Marsalis, Swift seems on her way to fame and fortune in the jazz world.

The festival, put on by a non-profit organization, has two primary missions: Celebrate great jazz performances and spur a robust jazz education program. MJF extensively promote, and supports jazz education in high schools and colleges, including partnerships with the the historically Black colleges and universities, Texas Southern University and Morgan State University. These relationships culminate in a solid festival performance by the Next Generation Jazz Orchestra, which is comprised of the best high school musicians in the country, selected through a competitive process. This year’s Next Generation Orchestra performance consisted of 20 inspiring young musicians and was conducted by the talented Gerald Clayton.

For further information about MJF performances and educational opportunities in jazz, check their website: montereyjazzfestival.org

Michael Solomon is a long-time Jazz photographer and part of the founding family of Tower Records.