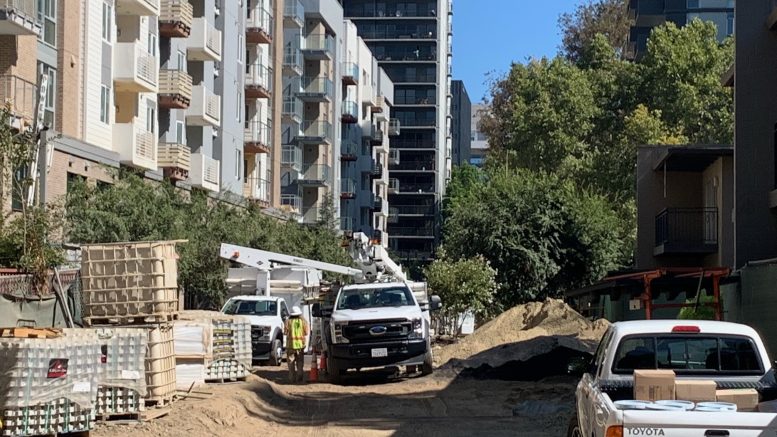 In the Sacramento metropolitan area, workers in only six of 58 professions can easily afford to buy a home with their annual salaries.

At the top of the list of workers with a good chance at homeownership are those in the legal professions, including lawyers and judges. These professionals earn an average annual income of $158,165, and can save a down payment for a mortgage in 3.7 years.

These are the findings of a study released in August by Storage Cafe, which is part of Yardi, a software company. The study analyzed 58 professions that are trending, meaning they experienced growth in their number of employees in the last 10 years.

The highest-paid groups of professionals in the Sacramento metropolitan statistical area — Sacramento, Arden-Arcade and Roseville — all earn more than the qualifying income for making mortgage payments comfortably and are able to save up a 20% down payment in under five years, while using a maximum of 20% of their salary to do it, according to the survey.

The main culprit in home unaffordability across the region is straightforward: Prices have far outstripped workers’ incomes, according to the study. Workers in the Sacramento metro area had an average hourly wage of $31.53 in May 2021, for an annual full-time salary of $65,582, according to the Bureau of Labor Statistics. And while that hourly wage is about 13 percent above the nationwide average, it’s still not high enough to make buying a home a comfortable proposition for many local residents.

Does the business community play a role?

Grabbing the second spot in the Storage Cafe survey on ability to easily afford a home in the Sacramento area are medical professionals (diagnosing or treating practitioners) with an average annual income of $141,282. These workers can save a down payment in an average of 4.1 years.

The 52 other professions in the Sacramento region where affordability is out of easy reach include higher earners like engineers, life scientists, and media and communications workers, to lower-paid motor vehicle operators, agricultural workers and nursing assistants.

What role can the business community play in paying a wage that supports the homeownership goals of local workers? Jonathan K. London, a professor of community development at UC Davis, says the need for a living wage directly affects access to owning a home. California’s $15 an hour minimum wage (for employers with 26 or more employees) “is not nearly enough to afford even the least expensive rentals, nevermind owning a home,” he says.

“A crucial element of getting more affordable housing on the market are inclusionary ordinances, the use of community land trusts, and requirements that developers put low [or] very low-income designated units in their developments, not just in lieu of fees,” London says. “Employers should be focused on moving low-wage workers up the pipeline into higher paying and higher skilled jobs through job training.”

London also prioritizes employees organizing to bargain collectively with employers as a way to increase salaries. “A strong union sector is crucial to ensure that workers have protection and support in wage and workplace conditions,” he says.

Jeffrey Michael, a professor of public policy at McGeorge School of Law in Sacramento, says developing employment opportunities outside of government could help with local housing affordability, because there would be more local residents earning higher wages.

“Sacramento’s private industry is comparatively light in the areas of corporate management and headquarters, as well as manufacturing,” Michael says. “Growth in these areas would improve the private-sector wage profile of the region.”

Skyrocketing home prices during the pandemic

In Storage Cafe’s survey, the greater Sacramento area ranked 85th out of 100 top metros in terms of affordability for those trending professions. Among other large California metro areas, Sacramento ranked third and was tied with Inland Empire. Fresno ranked higher, as it is affordable for 17 professions and Bakersfield is affordable for 25 professions. In San Francisco, San Diego and San Jose, no profession has workers who have an easy time affording a house.

The survey showed that the top three metros for home affordability are in Toledo and Dayton in Ohio, Scranton in Pennsylvania and Syracuse in upstate New York. In Toledo and Dayton, 51 of the 58 professions can afford to buy homes with an average price of $156,242, with an average salary of $56,430 and 2.8 years to save for a down payment. In Scranton, home affordability is within reach for 49 professions, given average home prices of $161,592, and average salaries of $52,879 that require 3.1 years to accumulate a down payment.

In Sacramento, another major contributor to various workers being unable to afford a home rests on how much prices skyrocketed during the pandemic. The Sacramento metro area registered a home price year-over-year increase of 22% between 2020 and 2021, increasing from an average home price of $579,968 in December 2021 versus $448,797 in December 2020.

The high prices during the pandemic capped off 11 years of price growth in the Sacramento area, says Ryan Lundquist, a certified residential appraiser and housing market analyst. But the local market has begun to stabilize in recent months as buyers are starting to back off the market “in light of growing unaffordability,” he says, adding that since May there have been “about 26 percent fewer sales in the region compared to last year.”

A 30-year fixed mortgage now at 7% is also a challenge for many prospective buyers these days. But Lundquist points out that if rates continue to rise, “it should put more downward pressure on prices, which can help with affordability.”