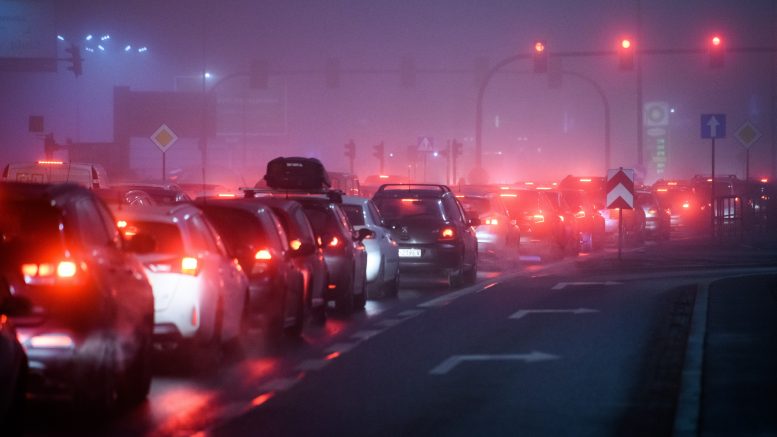 Much like they’ve done at the state capitol, corporations are using “citizen” initiatives to advance agendas previously opposed by politicians.

We saw it earlier this year when business leaders coaxed the city of Sacramento to back a punitive homeless measure. Now we’re seeing it with a proposed transportation tax in Sacramento County.

Wealthy developers and other construction interests have spent more than $2 million gathering signatures and later promoting Measure A. The measure on the Nov. 8 ballot would add a half percent to the county’s sales tax for 40 years, raising it to 9.25 percent in Sacramento.

Supporters were able to get the measure on the ballot despite warnings from transportation planners that it would increase greenhouse gas emissions above state standards and lead to more suburban sprawl. Sprawl – development on the fringes of a metro area – is a problem because it leads to more driving and less investment in older neighborhoods.

Who supports Measure A, then?

Among the biggest contributors to the Yes on Measure A campaign are the companies of Angelo T. Tsakopoulos ($100,000) and the Cordova Hills Development Corporation ($250,000.) The companies own property on the outskirts of Sacramento County, where new and expanded highways would make expensive ranch housing more attractive.

The dangers of the plan were spelled out by the region’s transportation planners in May. The Sacramento Area Council of Governments (SACOG) studied the proposal when supporters were still gathering signatures to get it on the ballot.

The proposal is like a plan that was drafted by another local agency in 2020, with some key differences. SACOG planners were particularly concerned with 26 “capacity-expanding projects,” i.e., new and bigger roads and highways.

Chief among them is the Capital Southeast Connector, a planned 34-mile highway between Interstate 5 in Elk Grove and Highway 50 in Folsom. I remember planners laughing on the phone when I attempted to interview them about the project a decade ago. They couldn’t believe supporters had not given up on it, since it had floundered for years.

The project should have died when SACOG approved a massive regional plan called the “Blueprint” almost 20 years ago, linking transportation and development. “The spirit of the Blueprint is to integrate land use and transportation planning to curb sprawl, cut down on vehicle emission and congestion in order to improve the quality of life for residents of the region,” SACOG’s website says.

The Blueprint is now the transportation plan that local politicians on the SACOG board approve every four years and guides the federal and state funding we get for transportation projects.

The Capital Southeast Connector has been excluded from that plan for obvious reasons: It would promote sprawl. Highway construction is the classic example of “Build It and They Will Come.” Residential and retail construction follows it. Measure A would allow supporters to sidestep that restriction, giving the project $300 million over the life of the sales tax.

It is just one of the Measure A projects that fall outside the smart growth principles of the Blueprint. More than 40 percent of Measure A’s proposed expenditures would not be funded under the Blueprint, SACOG’s May report found.

Increased driving, the result of new and bigger roads, would lead the region to exceed standards for greenhouse gas emissions set by state law in 2008, SACOG found. The report was reviewed by professors at UC-Davis, UC-Irvine, and UC-Berkeley as well as the former transportation director at the city of Pasadena.

So, with all these risks, how did Measure A end up on the ballot? Sacramento Mayor Darrell Steinberg and other local leaders reached a compromise after supporters had gathered enough signatures to get the plan on the ballot.

The compromise agreement says that Measure A projects cannot lead the region to exceed greenhouse gas emission standards and SACOG can require changes to them if needed.

How exactly these projects will be changed to meet emission standards isn’t spelled out. And if they can’t, the parties can always agree to eliminate the compromise agreement.

That seems like a big contingency, especially when it involves things like global warming and billions of dollars in transportation funding. But in that regard, Measure A shares another similarity with Measure O, Sacramento’s ballot measure on homelessness, and another compromise agreement engineered by Steinberg.

In the case of Measure O, Steinberg and other council members included a provision that the plan would only take effect if the Sacramento City Council and the Sacramento County Board of Supervisors can reach an agreement on the county’s responsibilities to the homeless.

If you know anything about the troubled history between the board and the city council, you know that an agreement is anything but a sure deal. But it is perhaps more likely than ensuring that a new suburban highway won’t cause an increase in greenhouse gases.

These are the results you get when corporate leaders push “citizen” initiatives.

Brad Branan has nearly 30 years of experience as a journalist, most recently at The Sacramento Bee. He is a member of the Sierra Club, Sacramento Group, Executive Committee, which is opposed to Measure A.

Be the first to comment on "Essay: Sacramento journalist breaks down why Measure A would fund new suburban highways, increase greenhouse gases and super-charge sprawl"