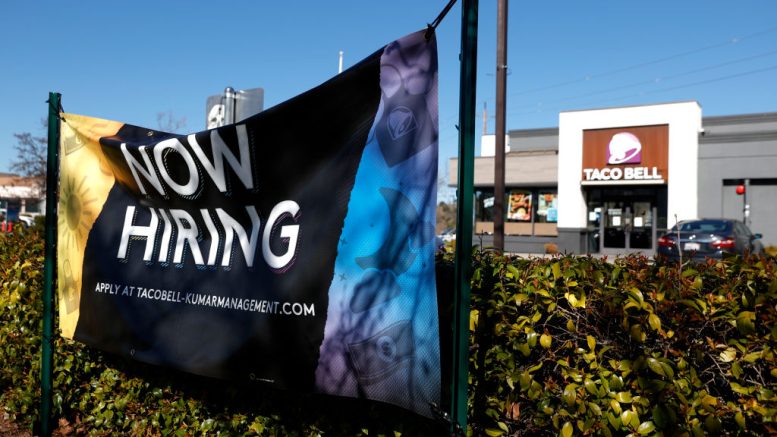 The fast-food industry is hard at work to reverse a landmark employment rights measure that Gov. Gavin Newsom signed into law on Labor Day. Assembly Bill 257, or the FAST Recovery Act, which passed the California Legislature in August after a bruising two-year journey, is the first of its kind in the nation. It outlines labor standards for California’s approximately 550,000 fast food workers, whose average annual pay is less than $26,000, and would seat workers at the table of a state-recognized council next to representatives from the world’s largest fast-food corporations.

The council would be able to set minimum standards for wages, hours and working conditions in fast-food restaurants in California. In addition, it could allow for an industry minimum hourly wage of $22.

The day after the governor’s signature, an industry-created coalition called Protect Neighborhood Restaurants filed a referendum with the California attorney general to put a measure on the ballot that could temporarily delay implementation of the measure or ultimately kill the law.

The main point of the referendum, says Nelson Lichtenstein, a professor of history at the University of Santa Barbara, Director of the Study of Work, Labor and Democracy, is stalling the entire process. “You create a delay, It puts the whole thing in stasis.” The industry doesn’t like the law because, Liechtenstein says, “it creates leverage to build people-power.”

If the referendum secures the approximately 623,000 signatures needed to qualify the measure by the first week of December, it will appear on the November 2024 California ballot.

Should the referendum qualify for that ballot, the FAST Recovery Act couldn’t move forward until voters weigh in, according to an analysis from the Labor & Employment Group at Greenberg Traurig, a firm that provides legal advice to national and international corporations. Potential legal challenges could also delay implementation.

The Protect Neighborhood Restaurants coalition backing the referendum is a product of the International Franchise Association and the National Restaurant Association (known among some as “the other NRA” because of its lobbying muscle).

The NRA and its state affiliates wield much influence, says Teofilo Reyes, a chief program officer with the Philadelphia area Restaurant Opportunities Centers (and whose first job was at a McDonald’s).  “All of these associations maintain a presence.” They host fundraisers for local legislators, and the associations connect legislators to local representatives of chain franchisors — the franchisees.

The NRA also plays the small business card in warnings to the restaurant industry in other states, saying measures based on the FAST Recovery Act sectoral council model may be coming for them.

The IFA has an international footprint as the world’s largest membership organization for franchisors, franchisees and franchise suppliers. The organization had long opposed the measure as it traveled through the Legislature. Local franchises and businesses are also part of the coalition.

Leading up to the vote in the Legislature, local TV stations in California and the internet were both awash with advertising opposing the measure.

Rev. William Barber II, co-chair of the Poor People’s Campaign and part of the national Fight for $15 coalition organized by the Service Employees International Union, calls the referendum effort “a financial insurrection fueled by the philosophy of greed. You want to tear down the process because the process didn’t work for you,” he said on a call organized by the Fight for $15 campaign. (Disclosure: SEIU is a financial supporter of Capital & Main.)

Nelson Lichtenstein notes that AB 257 has a provision that allows for the creation of local fast-food councils in California municipalities of 200,000 or more — which would present local labor organizing opportunities for fast-food workers. While the standards set by state legislation would apply throughout California, local councils would be a place for the public — including fast-food employees — to comment on working conditions.

Campaigns to create local councils are a way to represent workers across an industry in which a fast-food chain’s stores are owned by numerous individual franchisees. “You’re not going to get every McDonald’s in the state organized — it’s fissured. Who’s the boss — is the boss in Chicago or is your local guy who owns three McDonald’s the boss? He or she is under pressure, anyway — and the same is true for Taco Bell or Burger King — you name it,” Lichtenstein says.

“It’s a brilliant strategy on the part of capital to avoid responsibility for their workers.”

That fragmented nature of the modern fast-food industry renders it impossible to follow a traditional labor organizing model. Ken Jacobs, chair of the University of California Berkeley Center for Labor Research and Education, notes that when GM ran an auto plant, workers could form unions and bargain with one entity — GM.

But with the fast-food industry, economic power lies not with the individual franchisee, but with the corporation, which dictates the standards for the mom-and-pop owners that buy into the brand.

Your local McDonald’s is probably owned by someone who paid McDonald’s for the brand name that brings people in. The agreement between the franchise owner and the chain comes attached to a long list of standards with which the franchisee must comply, Jacobs says. The corporate entity “controls how the store layout works, what everyone wears — the key details,” along with food items the franchisees purchase to create their product. “The chains control the cost of inputs because [as a franchisee] you have to buy from a certain supplier.”

The only place to cut costs, Jacobs says, is labor. “Cutting labor costs is the only economic leverage they have.”

In practice at a local franchise that could mean one employee covering a shift where two would have been more practical, or, as happened at the peak of the pandemic according to the Fight for $15 campaign, an infected employee being told to wear a mask and not tell anyone.

In terms of union organizing opportunities to raise standards, the franchise model means that rather than dealing with one corporate structure with which workers could engage, “You’re dealing with a myriad of employers of record,” Jacobs says.

But even before the industry’s declaration of war with a referendum effort, it scored a win. A piece of AB 257 that might have leveled the playing field between corporate chains and franchisees was struck from the bill the day before the governor signed it. It was language creating joint liability for the brand-name chains and the franchisees.

That would have put the corporate chains on the legal hook together with the local franchisees to ensure compliance with labor standards.

The language was eliminated after much industry pressure. The Wall Street Journal reported that companies such as McDonald’s Corp., Yum Brands (owner of the KFC, Taco Bell and Pizza Hut brands) and Chipotle lobbied to have the joint liability provision removed along with the language providing that the council would oversee workplace conditions such as scheduling.

Updated reporting on industry lobbying in California since July 1 is not yet publicly available, but  sources close to the legislative skirmish say it’s increased in the past few months.

Despite the concessions won, the International Franchise Association was not pleased with the revamped bill, and subtly announced its intentions to torpedo it. The IFA called the removal of joint liability “putting lipstick on a pig” in a statement by IFA president and CEO Matthew Haller.

“While removing the joint employer provisions is a positive, the only way to prevent the damage this bill will cause to consumers, employees and small businesses is to reject it completely.”

SEIU California hailed the bill’s passage as a victory but didn’t respond to numerous requests for comment about the removal of joint liability for corporations, nor has it responded to questions about the referendum.

If the industry were to pay the standard $5 per signature to signature gatherers, it would cost over $3 million just to get the referendum on the ballot. Should it qualify, expenditures on both the industry and the union side will likely mount up to support television, mail and other media campaigns.

“Here’s why they don’t like the law,” Lichtenstein says. Creating a council “takes things which were hidden inside the workplace or only subject to control by management and brings them out into a public forum.”

So they’ll spend what it takes, he says. “They’d rather spend the money on stopping it than paying workers.”