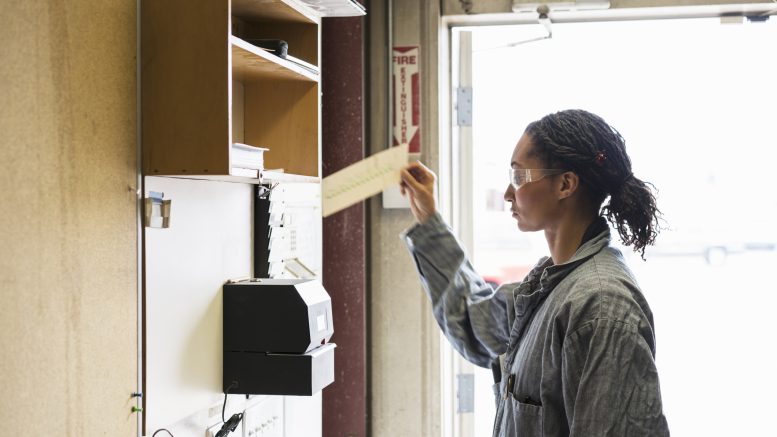 The Department of Labor is scrambling to craft proposals that avoid the fate of Obama’s failed effort in 2016.

Six years after President Obama’s ambitious attempt to expand overtime to millions of Americans was vigorously opposed by the business lobby and struck down by a conservative judge in Texas, President Biden is about to take another swing at the issue. And this time, it’s expected to face even stronger opposition due to a more divisive environment and the growing clout of a powerful new adversary — gig economy giants like Uber and DoorDash.

The Department of Labor is intensively working on a proposal it plans to introduce in October. The proposal is widely expected to increase the cap that currently bars overtime for salaries from just above $35,000 to more than $50,000. It may also more narrowly define the exemptions that have long kept employees from earning time and a half — enabling many more full-time salaried Americans to qualify for overtime.

The rule was expected to be introduced in April, but was pushed back to this fall while an army of lawyers and statisticians labor to make sure that it can withstand legal challenges from the business community.

It remains unclear how far the administration will go to overhaul the salary cap — in general, full-time salaried workers currently have to earn less than $35,568 per year to qualify for overtime — and the overtime threshold has not been updated in recent decades to keep pace with the cost of living and skyrocketing health care and housing costs. Sources close to the agency say that the Department of Labor may align the overtime rules closer to California’s standards for its workforce — the state’s threshold for overtime is currently $62,400 for employers with at least 26 employees and $58,240 for employers with fewer than 26 employees — and tighten the administrative exemption, which has been used to disqualify low wage fast food managers from earning overtime.

The Labor Department’s current effort is heavily influenced by Obama’s failed attempt to double the salary cap from $23,000 to almost $47,000, which was overturned by a federal judge in the final weeks of his presidency. At the time, the opposition to the rule was led by Republican lawmakers and industry lobbyists who argued that it would burden small businesses with extra costs.

This time around, the battle could prove to be even more intense, says David Weil, the architect of Obama’s overtime overhaul whose nomination by Biden to the same post in his administration was shot down by Republican lawmakers and a few moderate Democrats — Arizona Sens. Kyrsten Sinema and Mark Kelly and West Virginia Sen. Joe Manchin. Key to swaying those Democrats’ votes was the International Franchise Association, whose president, Matt Haller, told Politico that it sent “a steady drumbeat of CEOs and franchisees” virtually into Manchin’s, Sinema’s and Kelly’s offices. During Weil’s confirmation hearings, the gig companies’ advocacy group App-Based Work Alliance pushed out tweets claiming that Weil supported an “outdated workforce model” that was rejected by gig workers who “love their flexibility and independence.”

Weeks after the vote, Haller crowed on the IFA’s site that it was “the first time since 1989 [that] a federal appointee’s confirmation was defeated on the floor of the U.S. Senate.”

That battle could foreshadow a bitter fight over the overtime proposals. “What was different [from the Obama-era debate] was an intense ground game focused on a few wavering Democrats and new players in the business lobby — the platform companies like Uber and DoorDash — who helped strengthen the existing players who are very much in opposition to anyone who they feel will be more vigilant in enforcing the law,” says Weil. “It was intense and hostile. It is a tougher environment.”

The gig economy giants are fiercely opposed to laws that would extend labor protections like overtime to their armies of workers. DoorDash, Gopuff, Grubhub, HopSkipDrive, Instacart, Lyft, Shipt and Uber launched a new lobbying group called Flex in March. Those same companies collectively spent more than $6 million on lobbying last year with a focus on labor issues. Also in their sights is a long delayed Biden proposal to reverse a Trump era rule that made it easier for employers to classify workers as independent contractors rather than employees — which prevents them from qualifying for labor protections like overtime and minimum wage. The Trump rule is estimated to cost workers more than $3.7 billion annually, according to the Economic Policy Institute.

In addition, longtime industry heavyweights like the U.S. Chamber of Commerce and the International Franchise Association are actively pressuring the agency on the overtime rule — and spending money to wield their influence. In the first half of this year, the Chamber spent almost $16 million and the Business Roundtable spent almost $5 million lobbying members of Congress and federal agencies on a wide array of issues, including the overtime rule. In vigorously opposing Weil’s nomination, the Chamber sent a letter to several lawmakers last January to express its concern that Weil “would again seek to unnecessarily raise this salary threshold.”

Arrayed on the other side and pushing for expanded overtime protections are EPI, the National Employment Law Project, unions and progressive lawmakers such as Sherrod Brown, Democratic senator from Ohio.

Weil, who now teaches at Brandeis University, is confident that the administration can deliver. What’s key, he says, is to reach out to all the stakeholders — from employers and the business lobby to unions and worker advocates — throughout the process. “You can do it in a way that protects more workers and is legally defensible and economically sustainable.”

Will the Biden Administration deliver on overtime pay?

Several states are taking the lead on restoring overtime pay