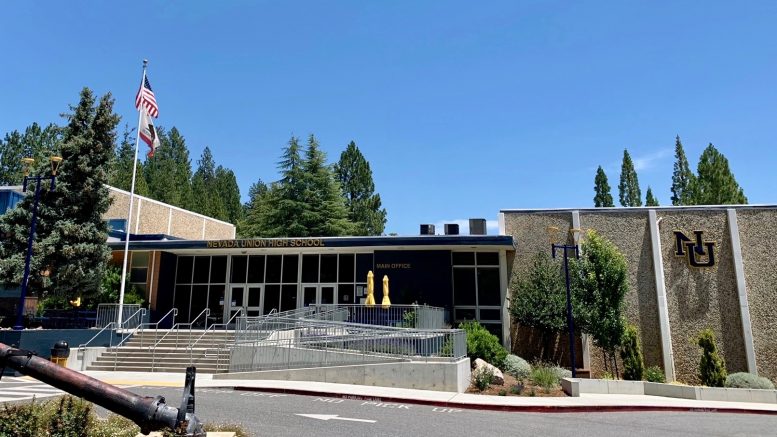 Anthony Pritchett, a senior at Nevada Union High School, sits on the Nevada Joint Union High School District’s board of education as the student member. He’s tried to enjoy his last year of high school while also trying to navigate the politics surrounding schools and the pandemic.

In February, the district’s school board voted to make masking optional on campuses, violating an agreement with its teachers’ union. Schools in the 2,700-student district closed in the days following the vote because teachers refused to come to work.

As a student board member, Pritchett’s vote doesn’t count. But he said he voted against changing masking rules because it would set a “dangerous precedent” for teachers and their working conditions.

“It was a very scary, high-tension atmosphere at that board meeting,” he said. “I didn’t want to say much at all, which I still very much regret.”

Superintendent Brett McFadden said he was also disappointed by the board’s decision, because the district had to spend over $30,000 on legal fees to reach a settlement with the teachers’ union.

“Individuals from the community or outside the community would parachute in and throw their hand grenades on whatever issue they were passionate about, and then they’d leave,” McFadden said. “Well, the next morning, it’s the teachers and myself who are here and we have to repair that damage.”

McFadden, who’s leaving the district in July for a new job, said the relationships within the community will take a long time to recover. If it hadn’t been for the pandemic, he said, he likely would have stayed at the district. He said most of his employees are completely burned out.

“People were saying two or three months ago that we just want this year over,” McFadden said. “There was a sentiment of let’s get this year over with and come back next school year, hopefully refreshed.”

For Pritchett, this school year was full of compromises. School dances were held outside. Rallies were canceled. Friend groups dwindled.

But Pritchett said he tried to attend all his school events.

“We haven’t had any of these dances in like two years,” he said. “So I’m definitely trying to make the most of it.”