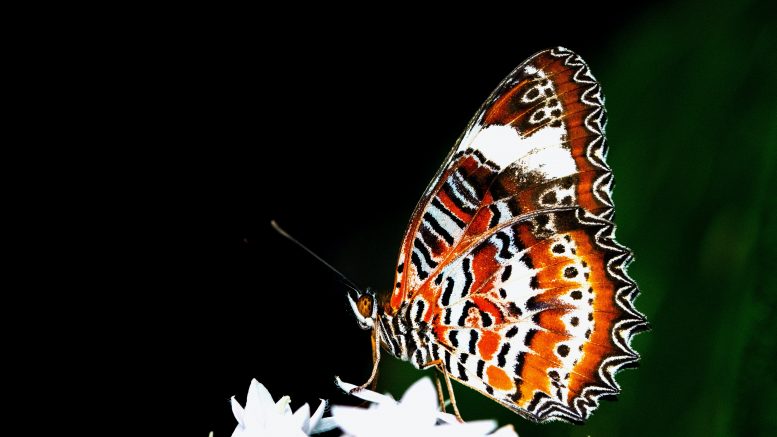 A light breeze rustles through Grace Garden behind Davis United Methodist Church. A majority of the garden is shaded by trees, and often ambling through the different plants and aromas is Pamela Dolan, rector of the Episcopal Church of St. Martin in Davis.

An ardent gardener, Dolan combined her faith and her passion for gardening in her new book “Contemplative Gardening.” The book is the 53-year-old’s first and was produced by Morehouse Publishing, a religious organization.

“I certainly do write from my own spiritual experience, which is very much one of an Episcopal priest and a practicing Christian,” Dolan said. “I think it’s best to be upfront about that. My hope is that people of any faith would find something that would resonate with them in the book. I especially hope that people who don’t identify with any faith at all would find something. I think a lot of Christians have made the church seem really unapproachable, and we sort of deserve, in some part, the reputation that we have.”

Born in 1968, Dolan began gardening with her mother in the 1970s. She refers to it as “yardwork” back then because she said it had more to do with appearance, which does not interest her as much. After this, she showed resistance to anything resembling yardwork for a number of years.

It was not until she started a church garden in suburban St. Louis, Missouri in 2014 that she began to break through her own resistance.

“Feeding people was for me that little key that unlocked the whole thing,” Dolan reflected.

Her journey deciphering the difference between yardwork and gardening was congruent with her spiritual journey from Catholicism to the Episcopal Church. When she was 7 years old, Dolan said she realized she loved church and considered it a special, important place where something mysterious and beautiful was happening.

“I had a lot of great priests in my life, a lot of great Catholic friends and mentors, but there was really nothing that they could help me with getting around that one issue: that women can’t be ordained,” she said.

After becoming a new mother at 30 years old, Dolan took the step of going to an Episcopal Church. There she took communion from a woman for the first time and still felt its pious significance.

“Everything that I believed as a Catholic I could bring with me into the Episcopal Church and then some,” Dolan explained. “I felt really at home, and so that was when I started looking into what the ordination process and discernment would be like.”

“Contemplative Gardening” combines her spiritual and learned experiences in her faith and in the garden. It discusses topics like death and rebirth through the lens of composting and grounding oneself in soil.

Peter Raven, president emeritus of the Missouri Botanical Garden and one of Time Magazine’s first four “Heroes of the Planet” in 1998, wrote the foreword for the book. In it, he says gardening might help one discover the world’s inequalities.

“The world is facing awful difficulties that will affect all of us profoundly and negatively, but the steps that we take individually to deal with rather than to ignore these problems will ameliorate some of these consequences,” Raven said via email.

Dolan said Raven has called faith communities one of the most efficient media to spread the message of climate change.

“The Pope’s [e]ncyclical, [”Laudato sí”], is a guide to how we should view and deal with climate change,” Raven wrote in his email. “We are all busy thinking about the present and it diverts us, including the spiritual leaders among us, from problems that seem to be future ones.”

Dolan recently gave a reading and book-signing of “Contemplative Gardening” at Avid Reader in Sacramento. Most of the questions from the audience were about the terran-spiritual connection.

Stan Forbes is the owner of Avid Reader and attends church at St. Martin’s. Also a farmer, he put Dolan in touch with his store’s event coordinator, Jennifer Goto, after learning Dolan was publishing a book on gardening.

“I have given the church 15 acres at my farm,” Forbes said. “They’re in the process of coming up with what the programs are going to be.”

Forbes added that he also bought the parish solar panels and that he plans for the farm to be carbon neutral.

Goto said the store often features local authors of topics they think customers will be interested in.

“Our religion section is actually very small,” Goto acknowledged. “It’s kind of unique to feature a religious leader who’s also an author, but being able to tap into that deeper part of people’s lives that comes out and in everyday activity puts meaning to the things that we do.”

She emphasized her ethereal relationship to the planet.

“The Earth is so much spiritual to me that I can’t imagine it not being,” Snow said.

Kimo Kimokeo, another book-signing attendee, said that he, like Dolan, began gardening with his mother at a young age, reluctantly clipping and raking in the yard. He despised it then — but finds himself now doing the same thing, only looking at it in a different way.

“It’s just the miracle that goes on,” Kimokeo observed. “I have a compost pile, and I’m turning the compost pile, and you see the worms and the beetles and they’re all doing little things. It’s magic, miracle, godly. The book I thought would help me just deepen life.”

Dolan hopes that her parishioners continue the horticulture practices they read about in her book.

“We still only have a handful of parishioners who come and work in [Grace] garden, but two or three of them are now on the leadership team and are here all the time doing great work,” Dolan said. “You’ll see that there’s a hole they’ve added, like a contemplative area around all the tall flowers. It’s meant to be a place where you come out and contemplate nature and God and whatever else you want to do.”

Be the first to comment on "Bountiful reflections: Davis faith leader writes about the terran-spiritual connection in ‘Contemplative Gardening’"