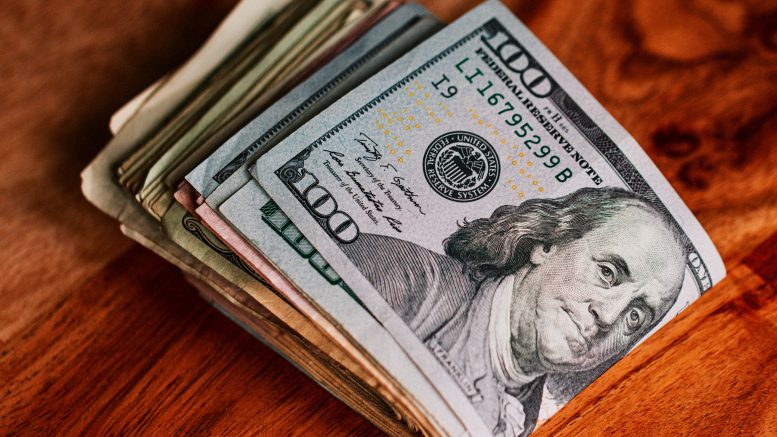 58 California legislators have taken over $10,000 from questionable sources

Conservationists are asking why is California, once a leader in innovative environmental policies, now behind many other states when it comes to banning offshore drilling, protecting vulnerable communities from oil and gas drilling and stopping the expansion of onshore oil and gas wells?

Why do the vast majority of bills opposed by Big Oil and Big Gas never make it through the California Legislature to reach the Governor’s desk?

Why did a bill to stop offshore drilling in state waters never make it through the California Senate Appropriations Committee last week?

Why are so-called “marine protected areas,” created under the helm of a Big Oil lobbyist, not protected from offshore oil drilling – and why did a bill to protect just one marine reserve from offshore drilling fail to pass through the legislature?

Finally, why does California have the cities with the dirtiest air in the nation, according to the American Lung Association’s State of the Air report every year?

A recent update to the Sierra Club’s Tracking the Dirty Dollars Project provides some clarity to why California’s environmental policies don’t live up to the “green” words of the state’s politicians. This update reveals that only 15 legislators have not received campaign contributions from polluters and their allies since January 1, 2021.

“It’s more important than ever that transparent resources like the Dirty Dollars project exist to help inform [voting],” said Brandon Dawson, director of Sierra Club California. “This election will be crucial in determining if Sacramento has the leadership necessary to confront the climate crisis, and voters should take into account the contributions that candidates accept from polluting interests as they cast their votes.”

“Republican Assemblymember Heath Flora placed second in total dirty donations with $53,000 dirty dollars. Asm. Flora is one of many Republicans who’ve accepted dirty donations this campaign cycle. So far, the California Republican Party Political Action Committee has accepted $1,245,175 in donations from polluting industries,” the club’s report states. “Unfortunately, many Democrats in the Assembly reported high dirty donation totals. Among the Assembly Democrats, Asm. Tom Daly leads with $44,100 dirty dollars. Asm. Jim Cooper, a Democratic favorite of the oil and gas industry, reported $36,350 in contributions from polluters and their friends.”

Sierra Club California launched the Tracking the Dirty Dollars Project in November 2020 to shed light on oil and gas contributions to legislators and other state-level elected officials. The project sorts through existing public databases to identify who receives contributions from oil and gas companies and their allies through direct campaign contributions, independent expenditure campaigns, and gifts.

The project then presents the information in a clear format that makes it much easier for the general public and environmental activists to see what their elected leaders have received.

California oil and gas regulators have also approved 150 offshore drilling permits in state waters since January 1, 2019. Of those permits, five were for new wells and the rest were for reworking existing wells, according to Consumer Watchdog and FracTracker Alliance.

As the oil and gas industry pumped barrel-fulls of cash into the campaign coffers of California legislators, the Western States Petroleum Association (WSPA) the largest and most powerful corporate lobbying group in Sacramento, spent over $17.5 million lobbying the California Legislature and other state officials over the past three years.

In the first quarter of 2022, WSPA continued its lobbying spending spree, dumping $952,366.91 into lobbying California officials, according to the latest data from the California Secretary of State’s website. Chevron spent even more money than WSPA in lobbying, $1,016,168.17, during the quarter.

However, it wasn’t either WSPA or Chevron that topped the fossil fuel lobbying expenses in the first quarter. Sempra Energy and Affiliates, including SoCalGas and the San Diego Gas and Electric Company, moved into first place with $1,961,178.39 in expenses in just the three-month period.

Altogether, WSPA, Chevron, Sempra and other oil and gas corporations and trade associations pumped a total of $6 million into advancing the fossil fuel industry agenda in 2022’s first quarter.

Over the past four years, fossil fuel companies paid almost $77.5 million to lobby lawmakers in Sacramento, reported Josh Slowiczek in Capital and Main on May 14.

“Oil and gas interests spent four times as much as environmental advocacy groups and almost six times as much as clean energy firms on lobbying efforts in California between 2018 and 2021, according to a Capital & Main analysis — reflecting the intensity of the industry’s efforts to influence policy in a state whose leaders have vowed to build an energy future free of fossil fuels,” Slowiczek wrote.

California remains a major oil and gas producing state, although it has declined from its place as the nation’s third largest oil producer over the past several years. WSPA and Big Oil wield their power in 8 major ways: through (1) lobbying; (2) campaign spending; (3) serving on and putting shills on regulatory panels; (4) creating Astroturf groups; (5) working in collaboration with media; (6) creating alliances with labor unions; (7) contributing to non-profit organizations; and (8) sponsoring awards ceremonies, including those for legislators and journalists.

Be the first to comment on "Sacramento awash in ‘dirty donations’ from big oil? Watchdogs say it is"