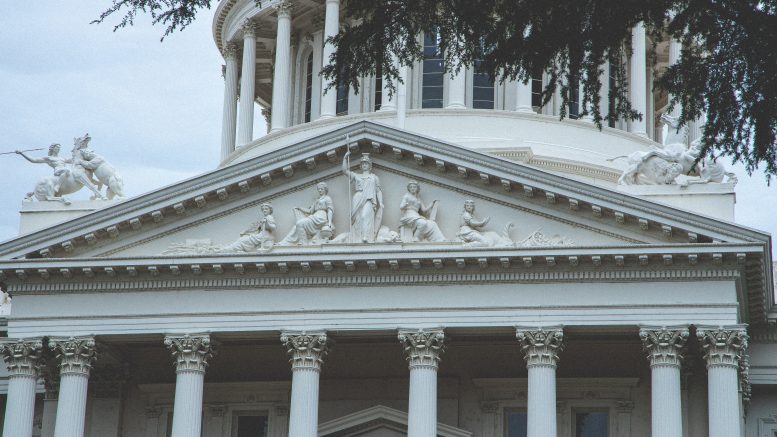 For some of California’s most vulnerable renters, a lack of internet access may lead to eviction.

Organizers from the South Central local of the Los Angeles Tenants Union were descending on Exposition Park, their arms full of tablets, laptops and smartphones. It was the evening of April 13, 2021, and as senior and immigrant tenants watched on, the young volunteers connected the park to the internet via a Wi-Fi hotspot. Then the tenants did what they couldn’t do at home: They applied for pandemic rent relief from the state of California.

When low-income tenants faced eviction across the state, the primary way to stave it off was through online application to the state’s Emergency Renters Assistance Program (ERAP), which was charged with distributing more than $2.6 billion in rent relief to tenants with additional funds distributed by cities and counties. However, tenant organizers say the program was never going to succeed as it was structured, in large part because applying for relief was only possible with an internet connection and an email address, blocking thousands of the most vulnerable renters in California from paying back their debts.

“Most of the tenants who came [to Exposition Park] had tried to apply on the phone previously, but it’s very hard to wrangle the documents you need over the phone,” says Nico, an organizer with LATU’s South Central local, who asked that their last name not be used. “Many didn’t have email and many were from the older generation who didn’t use email, didn’t check email, didn’t have passwords.”

Nico and other volunteers spent much of the last year visiting tenants’ homes with various computer equipment, helping seniors and immigrants navigate the demands of a means-tested welfare state.

In a 2021 survey of 177 ERAP workers helping applicants fill out requests for rent relief, over 92% said applicants faced “technological” barriers to securing such relief. It was the most commonly cited barrier to the program, over “communications with landlord” (cited by 87%), immigration status (83%) and “fears of landlord harassment” (83%).

In Los Angeles County, access to a computer and internet connectivity corresponds directly with income and immigration status, creating the infamous “digital divide” that has drawn heightened concern from lawmakers during the pandemic as a lack of internet access threatened to derail distance learning in public schools. In a county of more than 10 million, 365,000 households lack Wi-Fi and 182,000 don’t have a computer, according to the county’s Delete the Divide website. Just over half of residents in South and East Los Angeles don’t have internet, while living in low income but gentrifying regions where tenants also owed the most rent debt.

In another Culver City tract, the predominant race is white, the median income is over $110,000 — and zero households lack internet. Zero households don’t have a computer.

It was no secret to state officials that California’s digital divide falls along economic and racial lines when the ERAP program was designed in 2021. California schools had already been struggling to connect low income students to online learning through the pandemic. Failure to cross the digital divide now threatens to release the eviction tsunami looming over tenants — and lawmakers — in California, where more than 160,000 people live unhoused, per the latest tallies.

As of May 18, at least 217,000 renter households in California were still waiting for rent relief according to the National Equity Atlas, which researches racial and economic inequality. Their report also found that just 10 days before the expiration of the application period for rent relief in California, more than half of the state’s applicants had been denied relief or were still waiting for it.

“We estimate that between 15,000 and 33,000 first-time applicants will still be in line after eviction protections expire on July 1,” the National Equity Atlas researchers write on the website.

As of March 16, just two weeks before the ERAP application period closed, roughly 60,000 Californians had been denied rent relief by the state. Rejections were sent by email — another critical failure of the program, according to Jackie Zaneri, senior attorney at the Alliance of Californians for Community Empowerment (ACCE) Institute. Commonly, the state requested additional documents from tenants via email. The state is continuing to reject applicants who missed email requests for additional documents or changes to their paperwork, organizers say.

ACCE Action and another tenants’ rights group, Strategic Actions for a Just Economy, are suing California over its early termination of the ERAP program.

Senior tenants especially had scant experience with email. Most email accounts require two-step verification, in which a code or password is sent to a linked device, like the user’s phone, to confirm the person trying to log in is not a hacker. Two-step verification is a headache even for the young, but try explaining to a renter, born in a foreign country, born before computers and in debt tens of thousands of dollars to their landlord, that to avoid eviction they need a four-digit code sent to a “linked mobile device.”

“If people had been sent a letter about their applications instead of email notices, I just don’t think a lot of this would have happened,” says Zaneri.

“I do have internet,” he says. “I’m 30 years old. I know how to use computers; I just got locked out of my email. It said to recover the answers but I couldn’t get back to my answers. They send a confirmation to your email, and I didn’t know the password because it was sending it to my phone, which I couldn’t connect to.”

Chinatown has been transformed since the time when many of the seniors living at 651 North Broadway moved into their apartments in what’s a dilapidated, single-room occupancy building just a short walk from the neighborhood’s iconic Thien Hau Temple. When they get documents from the government in English, the seniors walk to the Chinatown Service Center, where employees translate the paperwork into Cantonese or Mandarin. The tenants live on social security and cannot afford Wi-Fi; limited funds go to food and rent. When they received word about the state’s rent relief program, they walked to the Chinatown Service Center for help — where they were told the center did not have the capacity to help with rent relief.

On California’s state rent relief website, the Chinatown Service Center was one of just five in-person organizations in Los Angeles County listed as providing ERAP application aid in Cantonese or Mandarin for a Chinese-speaking population of more than 386,000 people. Likewise, the state’s housing department advertised six Korean-language centers on its website for a Korean-speaking population of nearly 170,000 people, while 27 different organizations provided aid in Spanish for 3.7 million Spanish speakers.

Much of ERAP’s language access resources are available through the internet.

The website is translated into Spanish, Mandarin, Tagalog, Vietnamese and Korean, with links to the translated websites clearly displayed on the front page. Tenants could also call and text a hotline and receive application aid in different languages. But for applicants like the seniors at 651 North Broadway, language access was always going to come in person, through the help of a community organization.

Luckily, the Broadway seniors work closely with Chinatown Community for Equitable Development, a volunteer group fighting for tenants in Chinatown. Organizers filled out their applications on behalf of the seniors using the Wi-Fi at the Chinatown Public Library, running back to the Broadway building for additional documents as needed.

A survey conducted in 2014 by CCED found that 20% of Chinatown residents were senior citizens, compared to 11% overall in Los Angeles, while 96% were renters, compared to 46% in Los Angeles. Because of the internet-centered structure of the program, tenants not connected to internet-savvy tenant organizers may have been stranded in Chinatown without help if the Service Center was unable to assist with ERAP applications. But there are fewer and fewer of them in the historic neighborhood anyway, says CCED organizer Lorna Xu, as developers flip old housing stock for luxury developments. A block south on Broadway from the seniors’ SRO building, the six-story Jia Apartments, completed in 2014 for $93 million, is renting studios for $2,169 — more than four times what the seniors pay.

In spite of the state’s emphasis on digital infrastructure in its ERAP design, the tenants interviewed for this story all made their way to rent relief the same way: through word of mouth. Torrance resident Iris Black, a Spanish-monolingual speaker, shares a two-bedroom apartment with her mother and daughter, as well as with her sister and her sister’s children, and rents the place for $2,300.

Black first heard about ERAP through her brother. He gave her the name of an organization that could help with her application in person because she didn’t own a computer. But when Black arrived at the nonprofit’s office, it was locked. The security guard on duty, however, knew about the Union de Vecinos — a coalition of tenant unions in Boyle Heights, more than 20 miles northeast of Torrance — and referred her there. Organizer Ashley Elias submitted her application and attended to updates.

In communities that have survived for decades on word of mouth — and the solidarity of neighbors — internet access is still a luxury many cannot afford.

“If not for Ashley, I don’t know what I would have done,” says Black, starting to cry. “On Mother’s Day the payments were released. That was probably the best Mother’s Day gift I’ve ever received. It was $18,100.”

Be the first to comment on "Software glitch: A case study in how not to provide emergency rent relief"