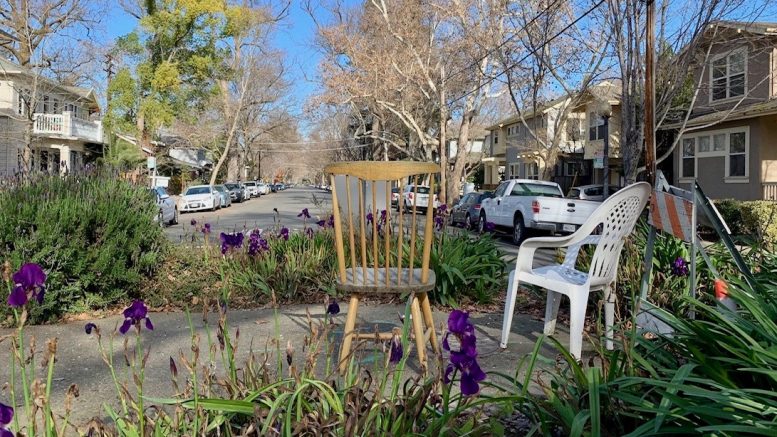 A new philosophical question: What IS district 4?

The Mayor: “We have a real problem here.”

Who’s the Sacramento City Council member representing your district until November? Ask that one question in City Hall – get nine dissenting opinions.

Sacramento’s Independent Redistricting Commission settled on newly drawn council districts in December. However, a campaign to recall District 4 Councilmember Katie Valenzuela from office – launched by individuals associated with East Sacramento, areas of which she will now represent – is raising a slew of legal questions about how Sacramento’s charter actually works, especially when it comes to who’s in charge of certain neighborhoods between redistricting changes and upcoming elections.

The confusion was brought to a head at the April 5 council meeting by District 3 representative Jeff Harris, who was essentially drawn out of his own district by the way the commission changed its lines. Harris told his fellow councilmembers that, after speaking with the city attorney, he realized a jurisdictional anomaly had come into play.

“I raised the question to the city attorney, ‘Do I in fact represent my old District 3 until the end of my term,’ because that was the assumption of myself and most of constituents,” Harris explained. “It turns out, embedded I this opinion from our city attorney’s office, that that is indeed correct. And it would apply to all of us – to Jay, to Rick. We all represent our previous districts until the end of our elected terms. This is how the California election code reads.”

He added, “I have to say, this is a bit earth-shaking – a very significant difference from what we were told when redistricting happened.”

What Harris was alluding to, which is relevant to the recall, is a legal opinion that – while the newly drawn districts took effect immediately in December – that only applies to who and what those residents can vote for in the upcoming elections. It doesn’t apply to which councilmember represents them in the interim. Harris said the mix-up had real-world consequences.

“It’s been very disappointing to me to have another councilmember come in and sort of take over projects that I’ve worked on for so long; and, in fact, we have a different opinion on how things should work,” he emphasized.

Mayor Darrell Steinberg appeared astonished at the level of confusion – and the contradictory messaging to the public over nearly four months.

“This is a very important question, because the city has told the entire community, including our council, that they’re now representing new districts, or at least partially new districts,” Steinberg observed. “If councilmember Harris’s assertation is correct, then we have a real problem here.”

City Attorney Susana Wood then informed the council that Harris was correct.

“I got a secondary opinion, just to confirm our opinion on how the charter read,” Wood told the counicl. “It’s a case of first impression for the city. We have not actually had this question proposed to us.”

Then Wood reiterated, “You’re tied to the district you were voted into until the end of your term.”

Valenzuela acknowledged this was news.

The city attorney said Harris would still represent those areas.

“Once the November elections have concluded, then we will have a representative elected for the district as it is newly drawn,” Wood replied.

After a lengthy back-and-forth between Valenzuela and Wood about where some neighborhoods sit on the new maps, Steinberg broke in with, “There is something fundamentally concerning about this.”

“The so-called ‘recall’ question has sort of clouded all of this,” the mayor went on. “But, set that aside. Did the city communicate to the public and councilmembers, after the Independent Redistricting Commission re-drew the lines, that the council members districts changed immediately?”

“That was communicated,” the city attorney admitted. “Was it communicated in error? I’d have to see the communication.”

“This is insane,” Ashby quipped. “This is not even my first round of redistricting, and now I’m learning that back in 2011 I actually represented part of Downtown for an additional year?”

The city attorney’s office will now spend the next few weeks exploring whether the city’s charter needs to be fixed, or “a clean-up.”

“This needs to be clarified and resolved very, very soon,” Steinberg stressed.

Be the first to comment on "Four months after Sacramento redistricting, coverage chaos descends on City Hall"