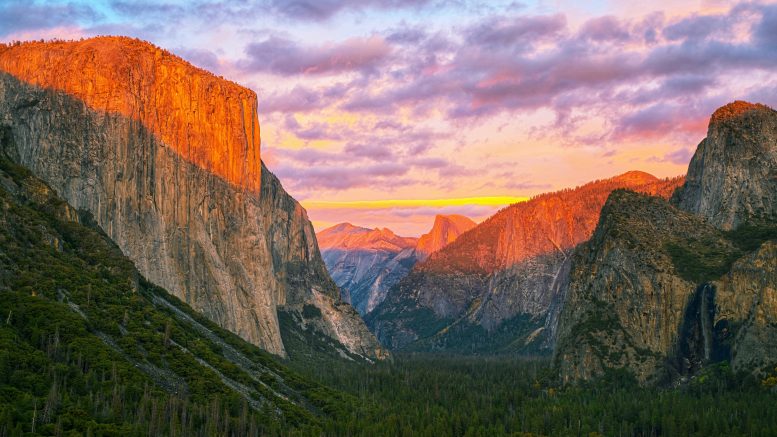 When Katie Worth began working on her book about climate change education in America, she did not anticipate ending up back in her hometown of Chico.

But shortly after the deadly 2018 Camp Fire, she found herself in a strip mall off of East Avenue, where Paradise Intermediate School (now Paradise Junior High School) had temporarily relocated and created makeshift classrooms within a former hardware store. Educator Marc Kessler (who now teaches at Chico High School) was teaching his students about climate change. Every year when he teaches this subject, he told Worth, he has students who tell him they’ve heard that climate change is a hoax. That school year was not an exception, despite Kessler having a classroom arguably filled with climate refugees.

Worth details this moment, along with another local encounter at Chico Junior High, in her book, Miseducation: How Climate Change Is Taught in America. Last month, she gave an overview of her research and findings during a free lecture and Q&A at Chico State, part of an ongoing series of events hosted by the Faculty Learning Community in Teaching Climate Change and Resilience, a workshop created by the Campus Sustainability Office and Office of Faculty Development that includes 65 faculty across six CSU campuses.

For three years, Worth traveled to dozens of communities across the U.S. to talk to children and teachers about what is being taught about climate change, analyzed countless textbooks and created a 50-state database. What she discovered is that classrooms have emerged “as a battleground in the American political war over climate change,” where students are often asked to debate a subject that has scientific consensus, and much of what they learn—or do not learn—is influenced by the interests of fossil fuel lobbyists, free-marketeer networks and evangelical leaders.

“It’s safe to say that across the country, intrepid teachers rigorously educate their students about climate science,” Worth writes. “It’s also safe to say that, commonly, a teacher down the hall is miseducating them about it.”

Worth, an Emmy- and Edward R. Murrow Award-winning investigative journalist, told the SN&R that she initially avoided writing about climate change early in her career “because any time I thought about it I felt so much despair.”

She got her start as a beat reporter at the Pacific Daily News in Guam, then worked as an enterprise reporter for the San Francisco Examiner. While freelancing—her work has appeared in such publications as Scientific American, National Geographic, Slate, Vice and The Wall Street Journal—she began writing about science-related issues.

Then she got an opportunity to work on a short film about climate change with Frontline, (where she was a reporter from 2015 to ’21) and The GroundTruth Project. Worth received an Emmy for The Last Generation, an interactive web documentary that explores an island nation threatened by climate change through the eyes of three children. That’s how, in 2017, she met a boy named Izerman, who at age 9 had already learned a great deal about climate change and its impacts to his homeland, Majuro Atoll, the capital of the Marshall Islands. His family had considered moving to Oklahoma, where they have relatives.

True to her profession, Worth said her goal with Miseducation is to spread awareness and help people understand the world.

“This is what’s happening in America right now in terms of what we’re teaching kids,” she said. “And like any person, I am scared of what is going to happen to our planet.”

If emissions aren’t dramatically reduced, Worth reports in her book, extreme wildfires will strike 50 percent more often and burn 77 percent more land in California by 2100, and coastal areas worldwide (now home to 200 million people) could fall permanently below the high-tide line. Hundreds of millions of people will be displaced by fire, drought, storms and floods.

However, Worth says there’s still hope because people are taking action and progress has been made. In 2020, Gov. Gavin Newsom issued an executive order that requires all new cars and passenger trucks sold in California to be zero emissions by 2035. In Washington, ClimeTime offers free evidence-based climate education training to every teacher in the state. As of 2021, the Next Generation Science Standards, which embrace modern climate science, had been adopted in 20 states and Washington, D.C. (24 other states adopted modified versions).

Teachers like Kessler and Chico Junior High’s Kristen Del Real, who confronted a colleague who was allegedly sharing climate change denial videos to students, also give Worth hope, she told attendees at her lecture event. While working on her book, she “met so many teachers who were so devoted and so committed” to providing climate change education, whether their local standards required it or not, in both red and blue states.

Worth encouraged inquisitive attendees eager to make a positive impact to try to find common ground with climate doubters and to get engaged in their local and state government, paying particular attention to under-attended, seemingly obscure bureaucratic proceedings.

Taking action is empowering and helps stave off despair about climate change, she told the SN&R. She called it “the best antidote to hopelessness.”

“If we’re going to have the changes that are necessary to forestall the worst outcomes of climate change, we need political action and we need to be paying attention … [and] holding the people who are actually responsible to account,” she said. “We’ve already made progress, and we can make more, and I have hope that we will continue to make progress. … It’s still worth fighting.”