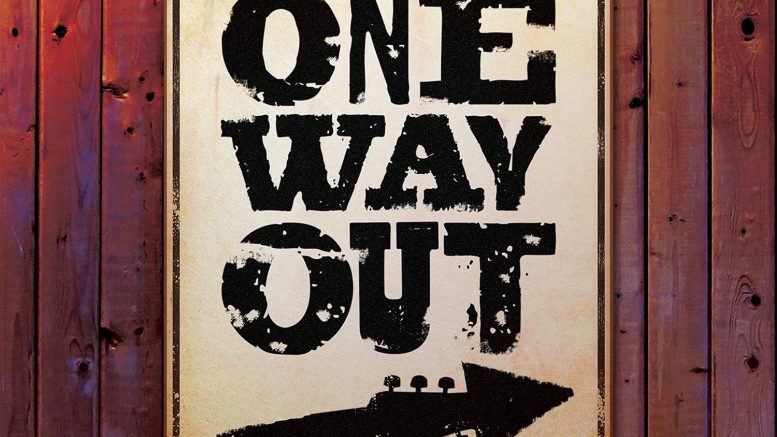 Before Melissa Etheridge became a Grammy-winning rock star, an Oscar-winning songwriter (for An Inconvenient Truth) and an icon among both cancer survivors and the LGBTQ community, she was a teen with a dream in rural America. She left Leavenworth, Kan., to attend Berklee College of Music but soon set out for L.A., where she found herself as a person and an artist. She released her self-titled debut in 1988, won her first Grammy in 1992, then hit the arena/amphitheater tier of touring in support of her 1993 multiplatinum album, Yes I Am, which yielded Etheridge her second Grammy.

That seminal era has gotten a revival via her latest release. No Way Out consists of nine songs she wrote during that early stage of her career and recorded with her original band—two live in 2002, the others ahead of sessions for the 2016 covers collection Memphis Rock and Soul. She toured for the record last fall and resumes this month, with the fifth show having just gone down in Chico last week. She’s heading out with her band from the past few years: Max Hart on keyboards and guitar, Eric Gardner on drums and David Santos on bass.

A few hours before a Friday Night with Melissa livestream performance to kick off the tour, Etheridge spoke with the SN&R by phone about the album, returning to the road after being COVID-restricted to virtual gigs, and what to expect at Laxson Auditorium, where she played in 2015.

On No Way Out, you are returning to some of your roots. Would you talk about the origins of the album you’re bringing to the road?

Yeah, that’s exactly what this album is. I was looking through my older material—I was going to do a box set, if you remember box sets—and by the time I gathered everything, I had changed my management, [and] they were like, “You’re not going to make any money on a box set,” so I went, “Well, OK, let’s not do that.”

In the meantime, I had all these old songs that I dug up, and I was like, “These are really great songs,” so I went in and recorded them and kind of put it on the shelf. During COVID, [record label] BMG came and said, “Do you have anything?”—because everyone was dying to put stuff out, they had nothing—and I said, “Yeah, I have these old recordings,” and they loved it.

Man, I went out on tour the last part of last year and, oh, they’re so much fun to play, these songs, because they’re from the old era, from ’89 to ’93; they just have that old fire and that old-school stuff, so they fit right in.

Yet they have that circa-2016 Memphis Rock and Soul sound. Is that a product of the music you were recording at the time?

Yes. I was doing more guitar; I was looking back and getting those rock feels, playing all the lead [parts]. So, yes, it’s kind of a combination of the old and the new, absolutely.

Is that how you’re looking at this tour? You talked about playing the album; will this be the old and the new?

It will still be the same kind of thing. The formula that really works, I find, in concert is you’re going to hear all the hits—I’m fortunate enough to have six, seven hits, so that’s great, you’re gonna hear those; you’re gonna hear some deep tracks—I pick an older album and a newer album, and I do like three tracks off each and spotlight them; and then I do a couple from the new album. It’s just a great night of music.

How has it been to be back on tour after basically touring virtually—being in your home and not able to have that direct interface?

Has that pent-up time caused a different reaction from fans?

Well, when we did the meet-and-greets, we’re doing them 6-feet socially distanced. I’m usually a hugger; I’ll hug everybody—that was hard. But I think people didn’t realize the importance of music, sharing music with people, people coming together and listening to music and celebrating music—we need to do that. I felt that. There’s a real appreciation for live music now.

What would you like people to take away from the show?

I hope people leave the concert feeling better, feeling uplifted. I hope it’s a little bit of, “Hey, remember that?” and, “Hey, now is cool.” Let the world go away, it’s a safe place for everyone; just come to share some music and fun. My job is to entertain, to lift up, so that is my hope.

You’re getting to do that for yourself after the hiatus.

Oh, yeah. That’s a given. That’s my life’s blood, to get out there and play.

Be the first to comment on "On a throwback track: Melissa Etheridge returns to her roots – and the road"