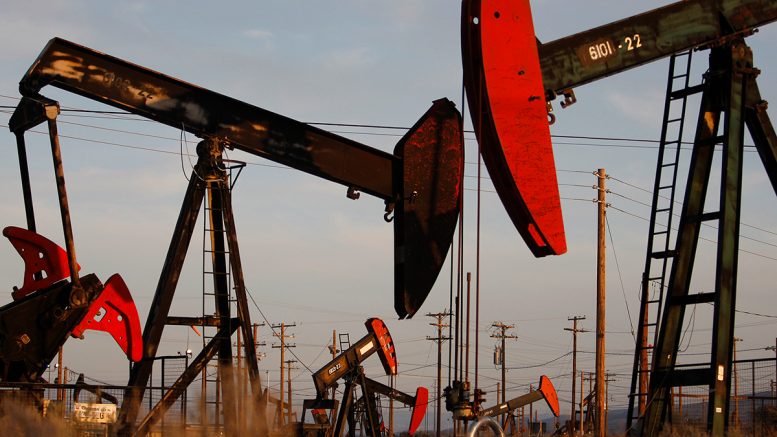 Three bills may fall victim to a new push for more oil drilling.

The shock to the global financial system from the Russia-Ukraine war isn’t only driving up the cost of gasoline in the U.S., but also raising the price of gas to heat homes, boosting inflation and potentially undermining climate change legislation in California as well as the state’s efforts to ramp down oil and gas production.

Although the U.S. is banning Russian energy imports, California doesn’t rely on Russia for oil or gas. Yet already the industry is aggressively pushing the Newsom administration to approve more than 1,000 permits for new production to help “reduce the need to increase imports from foreign sources, like Russia,” said the Western States Petroleum Association in a statement. Experts tell Capital & Main this won’t do anything to stop rising gas prices in the short term.

As legislation starts heading to committees in the California Assembly and Senate, three bills that seek to limit the oil and gas industry’s power in the state could feel the impact of this fast-changing political environment. One would divest billions in state pension funds from fossil fuel assets, while another would shut down three offshore oil platforms. A third would promote greater transparency in how companies that sell gasoline in California determine prices at the pump.

California oversees the largest public pension fund and the largest teachers’ retirement fund in the country. The fossil fuel investments for CalPERS and CalSTRS add up to more than $9 billion, including direct holdings and as part of larger funds, according to Fossil Free California, which is sponsoring a divestment bill introduced by Sen. Lena Gonzalez (D-Long Beach).

As of last year, both funds held millions of shares in companies like Chevron, ConocoPhillips, Marathon and Exxon. The bill would prohibit managers of the funds from new fossil fuel investments and require complete divestment by 2027.

“The state’s two largest employee pension funds use enormous investment power to finance companies driving climate change,” Gonzalez said during a press event in February. The State Building and Construction Trades Council of California, which commonly votes in step with the oil industry, later sent a letter to the Legislature opposing the bill.

Both CalPERS and CalSTRS hold millions of shares of Gazprom, Russia’s state-owned oil company, whose revenues accounted for more than a third of the government’s total budget in 2021. Last October those shares peaked at almost $11, but they have now plummeted to $1.10. In addition to Gazprom, CalPERS and CalSTRS are also invested in state oil ventures in Saudi Arabia, Canada, Hungary, China and across Europe.

In an emailed statement, CalSTRS didn’t say if it would release its holdings in Gazprom, but said it opposed the divestment bill. CalPERS had investments in Gazprom through stock market indices that have already dropped Russian securities, a representative said, and was in contact with Gonzalez’s office about the divestment bill.

Fossil Free California put out a report in the early months of the pandemic that found CalSTRS had lost more than $1 billion when oil prices tanked in the first half of 2020. Today the story is different: With stock prices surging, including record levels for Chevron, non-Russian oil companies could be attractive for short-term gains.

Supporters of the legislation don’t see it that way.

“To address climate change we need to phase out the use of fossil fuels, and this means in the long run fossil fuel company stocks are expected to have lower returns, and be a financial risk,” said Emily Kaufman, who works on the divestment campaign with Fossil Free California.

Russian oil accounted for a small amount of California’s oil consumption, but the state’s refineries were among the U.S.’s biggest recipients of imported Russian crude last year. The average cost of a gallon of gasoline in the state is now over $5.50.

A bill authored by Sen. Ben Allen (D-West Los Angeles) would force companies to publicly disclose each month the difference between what it cost them to buy a barrel of oil and refine it into gasoline and the price they sold it at the pump.

The industry is using high gas prices to double down on calls for more oil production in the state, but it won’t make much of a difference anytime soon, says Mark Brownstein, a senior vice president at the Environmental Defense Fund who studies the energy transition from fossil fuels.

“Ramping up domestic oil production, even if you thought it was the right thing to do, takes months if not years to do at scale. It would take years to impact the domestic supply or effect global pricing,” Brownstein said.

Companies that sell gasoline in California have a history of charging excessive prices compared with the rest of the country — simply because they could.

A 2019 report by the California Energy Commission found that Californians paid about 30 cents more per gallon for gasoline sold by Chevron, Shell and 76 (owned by Phillips 66) compared with the national average. The companies reaped an additional $11.6 billion in revenues from California customers between 2013 and 2018 compared to their national retail margins.

After the report was published, the California Justice Department filed charges against a handful of companies importing gasoline into California, including Vitol Inc., SK Energy Americas and SK Trading, for allegedly manipulating prices at the pump after a 2015 refinery explosion in Torrance disrupted the state’s supplies. The California Justice Department told Capital & Main it was unable to comment on whether it was also considering charges against Shell, Chevron or Phillips 66. Those companies have denied the allegations.

According to a press release from Allen’s office, five oil refiners control 96% of the gasoline made in the state, and still receive about 30 to 40 cents more per gallon compared to smaller brands selling gas at places like Costco and United Oil. The mark-up also started after the refinery explosion.

At a press conference for the bill, Consumer Watchdog President Jamie Court, whose organization is supporting the bill, said additional costs per gallon in California couldn’t be explained away by surcharges associated with environmental policies like cap-and-trade or the Low Carbon Fuel Standard, which only add an additional 55 cents compared to the national retail margin. Currently, it’s $1.09 higher in California.

Court said the oil and gas industry hadn’t formally declared opposition to the bill but blamed environmental regulations for the price difference.

A spokesperson for WSPSA, Kevin Slagle, said that its members are still examining the bill and may have more specific objections next week. “But what I can tell you now is that any examination of costs at the pump should start with looking at California’s regulatory and tax environment. The first $1.27 a gallon we pay at the pump now is for taxes and regulatory programs.”

The only bill introduced this session that proposes to limit oil and gas production in California would take three oil and gas platforms under the state’s jurisdiction offline.

Offshore drilling in nonfederal waters accounted for only about 5% and 2% of the state’s oil and gas production in 2019, respectively. The amount coming specifically from the three platforms, excluding other offshore production such as at the THUMS Islands overseen by the city of Long Beach, is even smaller.

But the platforms still have the potential to cause catastrophic damage to marine life, according to the text of the bill written by Sen. Dave Min (D-Orange County). In fact, one of the platforms is currently offline after a pipeline it was connected to leaked oil into the sea.

“The real thing this punctuates both for Europe and the U.S. is we rapidly need to move away from fossil fuels, and gas prices — I think our state needs to live up to its climate promises and continue to end existing drilling,” said Miyoko Sakashita, oceans director at the Center for Biological Diversity.

It will likely see pushback from a coalition of 21 legislators, including Republican and some Democrats, who sent a letter to Gov. Newsom urging his administration to expand oil and gas production.

In a statement posted online, WSPA President Catherine Reheis-Boyd acknowledged the plight of Ukranians before stating that “energy leadership and independence” in California would enhance domestic and global security.

But rather than serving as a reason to expand oil production, Brownstein says the crisis should accelerate the transition toward clean energy sources.

“This is the fifth global oil price shock I’ve seen in my lifetime tied to world events, so how many times do you have to experience this before you decide to do something different?”

Be the first to comment on "Will California’s fossil fuel industry use the Ukraine War to undermine oil and gas legislation?"