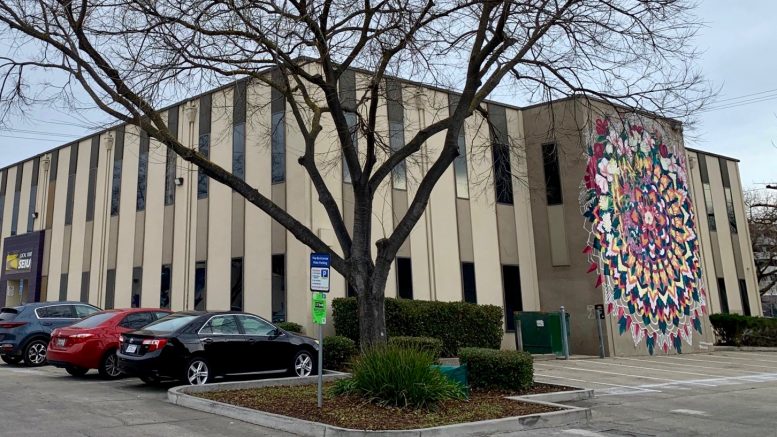 After months of internal conflict, Service Employees International Union Local 1000 headed into 2022 without having a budget passed by its board of directors. It was the latest PR disaster to result from the ongoing power struggle between embattled Local 1000 President R.L. Brown and the union’s board of directors. According to some board members, the budget failure means that Local 1000 is entering into uncharted legal territory when it comes to paying its bills, funding its workforce and operating in a legitimate way as it heads into negotiations around COVID and backpay for some its 96,000 members.

A number of its rank-and-file, on the other hand, also worry that this latest snafu with Local 1000 will weaken the ability to fight off an impending assault on the very nature of California labor, as well as fuel public disenchantment against unions in the event that a worst-case scenario arrives on the ballot.

Brown rose to power after a percentage of members became convinced that former president Yvonne Walker was a political climber who was overly entrenched in the California democrats’ machine – to the point of ignoring average members. Alienating Local 1000’s left-leaners and conservatives, Walker was also accused of keeping the broader membership in the dark about her team’s priorities. In May of 2021, Brown unseated Walker in a multi-candidate election. A registered democrat, Brown campaigned on promises of transparency and pledging to not use membership contributions for political donations. But some members, and some of the Board’s 65 directors, have since found his leadership style disorienting and his political compass undefinable beyond apparent contrarianism.

In October, the board voted to strip Brown of his authority, dividing his powers as president between a new board chair and the board itself. The new chair installed was Bill Hall. Brown has maintained that was an illegal meeting. In mid-December, SEIU International President Mary Kay Henry sent a letter to Brown voicing concern about potential violence at an upcoming union meeting because Brown had reportedly encouraged his supporters to bring weapons. The meeting, originally slated to be held at the Holiday Inn in Sacramento, was moved into the virtual space.

At that meeting, and a following meeting, Brown shut board members out of participating, and then ultimately failed to pass a budget with their approval.

“We operate as a California nonprofit – a nonprofit corporation – so that means we operate under California nonprofit law,” Hall told SN&R over the holiday. “My understanding is that our budget and spending authority came to an end on December 31 at midnight … We’ve never been here before, so I actually don’t know what’s going to happen.”

He added, “President Brown just ran another illegal meeting under California corporate code. He muted the directors. He ignored a point of order … It’s just what we’re living with right now.”

Theresa Taylor is a long-time state worker who’s been on and off the board for 8 years. She says Brown is throwing a blanket of uncertainty over the union’s membership.

“Richard does what Richard wants to do,” Taylor reflected. “The ramifications are that there’s not checks and balances on the spending. The president has made it very clear that he doesn’t want checks and balances, which is why he doesn’t like Robert’s rules of order. He recently said that he had a budget committee decide to re-finance a loan without bringing it to the board, which is against our policy file … I very much feel at a loss.”

Jonah Paul, a progressive member of Local 1000 who’s published a highly critical analysis of both the Walker and Brown regimes, said the current president’s decision to budget for a $3 million increase in expenses while having no additional revenues nor dues to make up for it, speaks for itself.

“There’s clearly one party to blame, and that’s the president, because his side is afraid of getting their budget amended,” Paul argued, adding that Brown has also promised to lower dues while increasing spending. “The current budget literally would not work, so it could not be passed as it was laid out. Brown did not want to recognize any kind of limit from the Board to make it workable; and he filibustered and wasted everyone’s time. He failed the union and failed all of our members. If he can’t have his way, then no one gets anything.”

Brown’s team did not immediately respond to interview requests for this story, but the president did post a video on Jan. 4 on his official Facebook page, in which he stated, “No matter what they say about us, we will not stop smiling, we will not stop fighting for success – keep fighting to protect us in the workplace from bad-behaving, egotistical, self-serving supervisors … The things that we used to do, those things are no longer – those are things of the past. And if you want to do something different in your future, you look at the present by studying your past, and you make the corrections. And therefore, you’ve got to create a new culture for Local 1000.”

But for Hall, that new ‘culture’ Brown speaks of is, in reality, a kind of free-wheeling anarchy.

“I expect President Brown to go off and continue to do what he always does, and make the rules up as he goes – and do anything he wants,” Hall stressed. “Currently, the Board of Directors of Local 1000 is not involved in the governance of the Local; or able to ensure its responsibilities. So, where do we go from here? I guess we go to court.”

That’s bad optics and bad timing, according to Paul, who points out that billionaire venture capitalist Timothy Draper recently filed a proposal with the California attorney general’s office to completely outlaw public-sector unions. Draper has had a window of 180 days to circulate a petition for that measure, a timeline that started on Oct. 13.

“Our president is gifting this billionaire a bunch of free cannon fodder against public sector unions,” Paul said. “I believe Californians see the value of public sector unions, but there is one union that’s making a very strong pitch for why they’re not valuable – and that’s SEUI 1000.”

What does Bill Hall think about his new role at SEIU Local 1000? Quite a bit.

Be the first to comment on "Chaos in Sacramento: Did a major state employees’ union just lose the ability to pay its bills?"