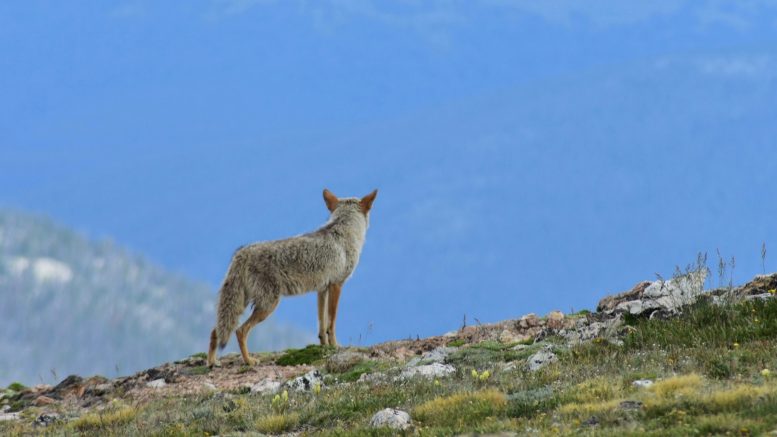 Coyote-killing contests will continue in Nevada after the state’s Wildlife Commission narrowly voted against banning the contests.

Proponents say the wildlife-killing contests — in which participants shoot as many coyotes as they can find in order to win awards and other prizes – assist in wildlife conservation efforts. Those in favor of a ban say the competitions are a barbaric practice that harms the viability of the species.

The Nevada Board of Wildlife Commissioners defeated the proposal for a ban by a 5-4 vote on Nov. 5. The regulation would have prohibited organizing, promoting or participating in contests or other competitions to capture or kill coyotes or other predatory or furbearing animals.

Commissioner Tiffany East said that at least one Nevada lawmaker has vowed to bring the issue to the Nevada Legislature if the wildlife board failed to impose a ban. At the recent meeting, some commissioners said they suspect lawmakers also may consider changing the composition of the panel, which is composed of seven hunters and two non-hunting members of the public.

At the meeting, Tony Wasley, director of the Nevada Department of Wildlife , spoke in favor of ending the killing contests. Wasley noted that he is a hunter, but that Nevada’s wildlife belongs to all citizens of the state” and that “hunters are the extreme minority in Nevada.”

Wasley cited the North American Model of Wildlife Conservation’s position that “contests are frivolous killing.” He said the panel also should consider public opinion, which tends to oppose such contests.

In Nevada, coyotes are considered pests and may be killed on sight without regard to hunting seasons. Ranchers and rural residents say they kill the predators to protect cattle, deer herds and farm animals and pets.

“I fully support people protecting their livestock, their pets, their family. … I just disagree that the best way to do it is through these contests,” Wasley said. “It’s not the act of killing the coyotes that bothers me, it’s how it’s done.”

Commissioner Wise agreed. “What the public wants, and it has become clear, most people don’t want these contests and hunting coyotes will not be affected by banning the contests,” she said.

Still, proponents of continuing the competitions considered the proposed ban as the beginning of a a slippery slope to restricting or banning other types of hunting or fishing, including fishing contests. In addition, they argue, the contests have become a traditional social event in rural areas.

The panel’s failure to end the contests drew fire from some wildlife conservation advocates.

“This is an outrage, especially since the public overwhelmingly opposes these terrible contests,” said Patrick Donnelly, Nevada state director at the Center for Biological Diversity. “The commissioners are supposed to safeguard Nevada’s wildlife, but they succumbed to the desires of a handful of sick individuals who get pleasure from indiscriminately slaughtering animals”

Donnelly noted that the wildlife department’s own scientists expressed opposition to the contests, but the commission overrode them.

“The commission, mostly composed of white men who hunt, is not representative of Nevadans,” Donnelly said. “The legislature needs to strongly consider overhauling the composition of the commission, or abolishing it altogether and giving management authority to the Department of Wildlife.

California outlawed coyote-killing contests in 2014. Since then, Arizona, Colorado, Massachusetts, New Mexico and Vermont have passed bans on killing contests for coyotes, foxes, bobcats and other species. Washington state and Oregon also are considering banning the contests.

In 2015, Nevada’s wildlife commission considered a public petition to end the contests but dismissed the petition as incomplete. A more specific petition resurfaced later that year, but failed to pass. The following year, some of the commissioners wrote a draft policy, but it wasn’t a binding regulation. In 2019, a bill to ban the contests made it to a state senate committee, but died there.