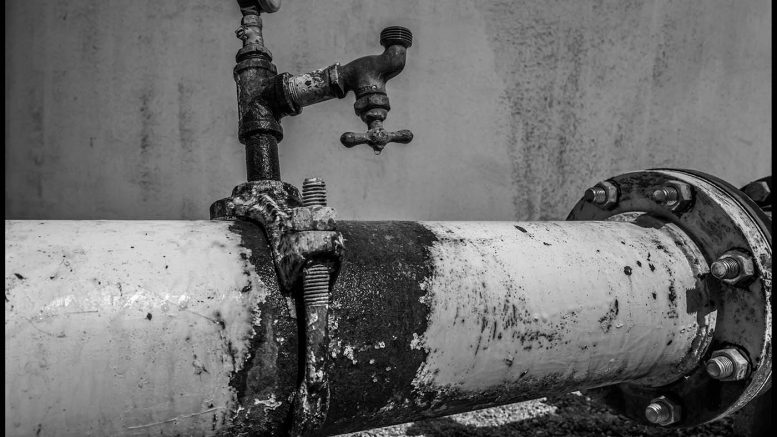 A significant portion of eligible water systems haven’t yet applied for funds meant to help customers, despite a Dec. 6 deadline.

As the application window for a near billion-dollar state program designed to help cash-strapped Californians with pandemic-related drinking water debt nears its close date, almost 50% of eligible water systems have fully completed the application, but nearly one quarter haven’t yet started the process — a scenario that could see many struggling households lose the chance to have their financial burdens alleviated.

But Michael Claiborne, directing attorney with the Leadership Counsel for Justice and Accountability, a policy advocacy nonprofit, said he is concerned that with an application deadline of Dec. 6, many dozens of potentially eligible utilities might eschew altogether the opportunity to help California households facing the brunt of a nationwide surge in inflation.

“There’s a lot of water debt in the state,” said Claiborne, adding that many water systems “clearly don’t want to participate in a program like this” in order to maintain the status quo. “Some water systems appear eager to return to water shutoffs as a collection tool, and are not interested in accepting state money that comes with state oversight.”

The application window opened some six weeks ago.

In the last budget, Gov. Gavin Newsom allocated $985 million for a drinking water and wastewater relief program to cover residential and commercial customers 60 days or more delinquent on payments accrued between March 4 of last year and June 15 of this year. System operators must apply for the funds, then credit their customers’ accounts within 60 days of receiving the money, notifying them that the debt has been written off or reduced. To get a detailed picture of the water arrearage problem, the state issued in August a survey to system operators, with an 87% participation rate.

Of the findings, 712 community water systems that charge for water reported arrearages totaling more than $333 million. In all, nearly 650,000 residential accounts and more than 45,000 commercial accounts were in arrears. The average household and commercial water debt totaled $374, though nearly 150,000 separate accounts had water debt of more than $600.

When it comes to actually accessing the available money to cover those arrearages, however, participation has thus far been patchy, according to figures provided by the water board this week.

Of those 712 eligible water systems who reported arrearages, 316 systems have completed the application process, seeking $156 million in funds, which represents nearly half of the reported arrearages. And while 244 potentially eligible systems seeking at least $59.6 million in funds have begun the process, that still leaves 174 potentially eligible systems yet to set the ball rolling. According to the water board, they are now focusing their outreach on those utilities.

Looming large is the current statewide moratorium on water shutoffs for nonpayment, set to end on Dec. 31.

Furthermore, the August survey’s $333 million water debt figure might not accurately represent the total amount of water debt in the state.

Some of the 924 systems that didn’t report arrearages could be carrying debt but simply have chosen not to partake in the program, according to a water board September presentation. Indeed, as of January, the estimated statewide drinking water debt stood between $600 million and $700 million, with low-income communities of color disproportionately impacted.

The disparity in numbers could be due to a variety of factors, said Polhemus, including a decline in household debt over the summer. “Certainly we missed customers — there’s no doubt about that,” he said, stressing that he doesn’t think this is a large number.

When it comes to the whys and wherefores of possible nonparticipation, a comprehensive picture isn’t yet available, but details are emerging.

Some systems have participated in a Teeter Plan whereby they transfer their debt over to the county property tax roll. The number of utilities, however, that did this likely “wasn’t huge,” said Polhemus.

Another concern among operators has been that allocated funds might be considered taxable income, requiring utility companies to issue 1099-C forms to applicable customers in the form of a shock tax bill. As such, the water board has been advising systems to issue funds in less than $600 increments to circumvent the problem. Finally last week, however, the Internal Revenue Service released long-awaited guidance that these funds indeed be considered nontaxable.

Near the beginning of the pandemic, the state water board issued guidance that systems refrain from charging late fees.

But Tim Shaw, general manager of the Rio Linda Elverta Community Water District, in a suburb just north of Sacramento, argues that a condition of the program mandating the waiving of late fees was written too broadly. He said that community-owned utilities, which are prohibited from charging some customers for the benefit of other customers, are obliged to issue certain notices — those sometimes referred to as late fees — or else face burdensome fines themselves. “All we needed them to do is, even as a footnote, say that late fees do not include the costs of sending late notices,” said Shaw. “With that, we could have participated.”

Then there’s a fear among system operators of opening up their books to potential scrutiny, said Claiborne, describing certain water systems as “uncomfortable with any additional state oversight.”

Questions of efficacy couldn’t be more pertinent, considering this one-off debt relief package could potentially provide the foundation stones of a long-term water rate assistance program in California, a bill for whichwas introduced earlier this year. With drinking water costs — which already rose 45% between 2007 and 2015 — expected to increase again significantly in the years ahead, many see such a program as a lifeline for struggling families and systems alike.

In the meantime, the water board is in the process of opening up a comparable application window for wastewater debts accrued during the pandemic, but even then, a significant portion of the near $1 billion the state had set aside is expected to remain. The eventual fate of those excess funds will be in the hands of the state legislature, said Polhemus.

With the application window for drinking water debt still wide open, Uriel Saldivar, a senior policy advocate with the Community Water Center, a grassroots environmental nonprofit, urged the many dozens of eligible water systems that haven’t yet undertaken the process to do so as soon as possible. “It’s free money — please apply,” he said. “The residents need it.”