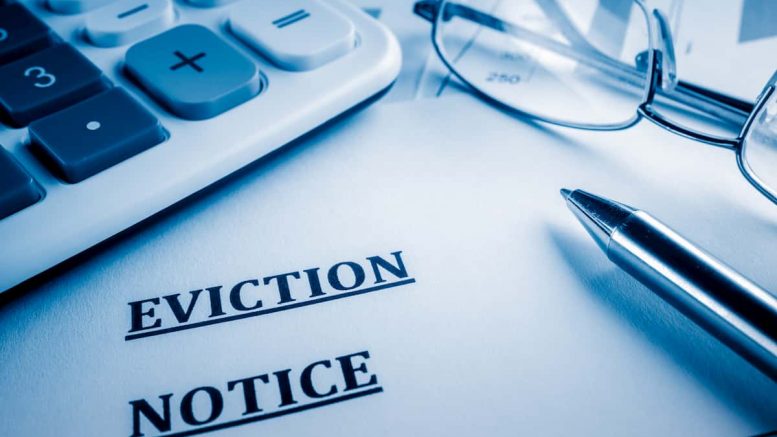 It wasn’t the headline that La Familia Counseling Center was hoping for.

Last Tuesday the nonprofit, which provides multicultural counseling, outreach and support services, wanted to tell reporters about its new partnership with HealthImpact to bolster bilingual vaccine education in Sacramento County. But the problem was reporters had just learned, at the same moment, that two people associated in La Familia were being accused by housing advocates of forcing a Mexican refugee grandmother and her family – including a 5-year-old scheduled for major heart surgery – out of their home on Thanksgiving Eve.

This dust-up caused some to question whether La Familia, who receives public money to assist struggling families, has blatant hypocrisy saddled in its ranks. Now, the property management group in the center of the action is elaborating on its side of the story, as well as objecting to La Familia being dragged into the strife.

The story started at the beginning of last week, when SN&R reported on the plight of Eduviges Garcia, a local grandmother who lost her job during the pandemic lockdowns and has since been attempting to catch up on her rent. Eduviges Garcia also says that neglectful conditions and delayed repairs inside her house on James Way caused one of her daughters to get electrocuted and nearly die.

Rosanna Garcia, one of the property managers for the house at Garcia Reality, says that her company was not aware of an electrical problem until after the accident happened, and that it had a repairman go out the day after it was notified.

Even with the electrocution scare in the rearview, Eduviges Garcia’s family had another significant health scare awaiting them: Her 5-year-old grandson was scheduled to undergo heart surgery this week. The boy and his entire family were also scheduled to become homeless the same week – an event triggered by the owner of the house and Garcia Reality. Despite the fact that Eduviges Garcia qualified for federal assistance to catch up on her rent, Garcia Reality and the owner are insisting on evicting her family. The Sheriff’s Department scheduled that eviction for Thanksgiving Eve. Eduviges Garcia said that the timing of this disaster for her family was compounded by layers of stress as they tried to figure out where the child would recover from his procedure at.

Rosanna Garcia told SN&R that a Sacramento judge reviewed the case and found her company justified in forcing out the matriarch, her two daughters and three grandchildren. Rosanna says that’s because when Eduviges Garcia and her daughters first signed their lease on the house, it was only supposed to be the three women living in it. She claims lately the house has had five adults and three children residing there – including two men – which is an absolute lease violation. Without commenting directly on that claim, housing advocates point out that the dynamics of the COVID-19 pandemic have generally forced countless families into unexpected, often makeshift, living arrangements.

It’s also Garcia Reality’s position that Eduviges Garcia was keeping the house in a bad state of repair.  Rosanna argues that the deluge of media coverage last week was one-sided.

“They’re not victims,” Rosanna Garcia said this week of the family. “The victim here is the owner. The landlords who we work with are individuals who are mom and pop, and do the right thing, try to work with people, try to keep rents low, and they just get shit on. Ninety-nine percent of our landlords are outstanding.”

She added that her own family’s company has maintained a good reputation in Sacramento for 50 years.

Trying to get Eduviges Garcia some last minute help, volunteers with The Alliance of Californians for Community Empowerment, or ACCE, reached out to District 5 Councilman Jay Schenirer. Members of Schenirer’s staff responded that the soon-to-be displaced family should seek assistance at La Familia Counseling Center. For members of ACCE, this reply carried a bitter irony, as they’d just discovered that Eva Garcia, the Secretary of La Familia’s Board of Directors, is the owner of Garcia Reality – the very property management company forcing the eviction.

ACCE members also discovered through public records that the actual owner of the house in question is Catalina Renteria, the Finance Director for La Familia.

The next morning, ACCE volunteer Monica Madrid, who translated Eduviges Garcia’s story for SN&R, went to Catalina’s home to speak to her about the situation and implore her to halt the family’s eviction.

“Catalina was in her car when Eduviges arrived but rolled down her window to say, ‘This is not cool,’ to which Monica responded, ‘Making someone homeless is not cool,’” ACCE representative Luis Fernando Anguiano wrote in a statement. “Catalina proceeded to roll up her window and drive off. Later, Eduviges went to La Familia Counseling Center to try to speak to Ms. Renteria, at which point they were denied entry to the center.”

ACCE member Anya Svanoe told SN&R that she finds it appalling that individuals who help direct La Familia, which receives public tax dollars to help local families, would treat a refugee family the way Eduviges Garcia’s is being treated – particularly during a health emergency and the holidays.

SN&R reached out to a La Familia media representative for comment but had not received a response as of press time. Rosanna Garcia said the organization’s executive director has been traveling for the holidays. Her mother, Eva Garcia, helped found La Familia decades ago. She feels it was unfair for housing advocates to connect the nonprofit to the embattled eviction that her company is in the middle of.

“They have nothing to do with this – this is a private matter between Catalina and the tenants,” Rosanna Garcia stressed. “All the good work they do in the community is just outstanding, and because of how successful they’ve been, they continue to get more and more funding.”

The reach of that funding was on display in the media release La Familia put out the same day as the controversial eviction: It focused on vaccine awareness work La Familia was planning to do by partnering with HealthImpact.

“From the start of the pandemic, HealthImpact’s team of interdisciplinary health professionals have been instrumental in our organization’s ability to offer vaccination clinics for Sacramento County’s underserved population,” Rachel Rios, Executive Director of La Familia, said in a statement. “Now, we’re continuing our partnership by bringing the Ask a Nurse LIVE program to Latino families who have concerns or want more information about the vaccine.”