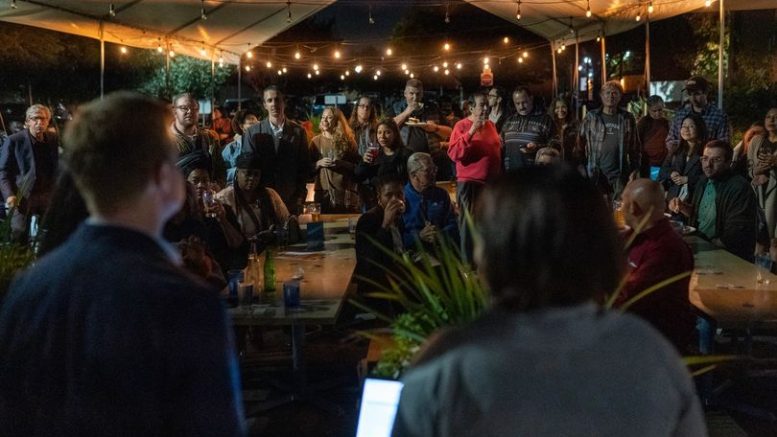 It is physically impossible to move backwards in time. Go ahead and try this: Look at the time, walk in a straight line for one minute, and then walk the same path in reverse for one minute. Did the time change back?

Time only moves forward. The fundamental rules of physics are as true in politics as they are in nature. Progress cannot be undone.

Side note: There are a few who may disagree with that last statement, yet consider our country as it was 200 years ago, and then compare it to today. Despite many efforts by people to undo change in America, we still have not moved backwards.

I know it may feel like things are worse than before, and that’s because it has been a while since we attempted to really progress. From certain points of view, America has been in a progressive atrophy for a few decades; but it only seems difficult to make progress because the old bones and muscles need some exercise. The City of Sacramento is no exception. The reason it takes so long for progress is simply because old democrats have atrophied. Some of them are too stubborn and short-sighted to put in the work and grow.

The solution to that is electing younger, stronger democrats with diverse perspectives. I think voters have started down that path by putting council members Katie Valenzuela and Mai Vang in City Hall. However, other local democrats insisting on a continuance of their old practices within the party will only dissuade community members getting involved in the city’s government.

Right now, it doesn’t look like the old guard wants to go anywhere. However, I remain hopelessly optimistic that Sacramento’s democratic party will come to its senses and retire those who have served long enough, making way for the new. And the ‘new’ needs to be more than just charismatic people of different color and genders. The ‘new’ needs to have real plans to discard the crumbling, broken down system – even if that means tearing up the foundation.

Politics does not operate in a vacuum. That’s why lately when progressives get elected, an equal-and-opposite force reacts through recalls, or threats of recalls. Sacramento’s currently experiencing this as unknown individuals pay for surveys to gauge whether Valenzuela is vulnerable to a recall. According to progressive party officials, it’s almost always alliance of conservative democrats and republicans who are behind such recall attempts.

However, the progress will not go away. Stonewalling democratic socialists, or transgressing against laws for transgender people, will ultimately not hinder progress. The people have already been inspired. The organizing has already been done. The ideas have already been spoken. The Law of Conservation of Energy explains that.

No amount of push back could undo social services, de-segregation, or the Fourteenth Amendment. No amount of money can permanently prevent women and people of color from attaining higher office. Progressive leaders may lose elections, their positions, and even their lives, but their footprints will always remain in the sand. Those footprints do not wash away when tides haul in white supremacists, or when and assassins crash on the beach. It is wasted effort to try to remove them, like trying to go back in time.

Be the first to comment on "Essay: Recall rumors in Sacramento show some older democrats are living in ‘Groundhog Day’"