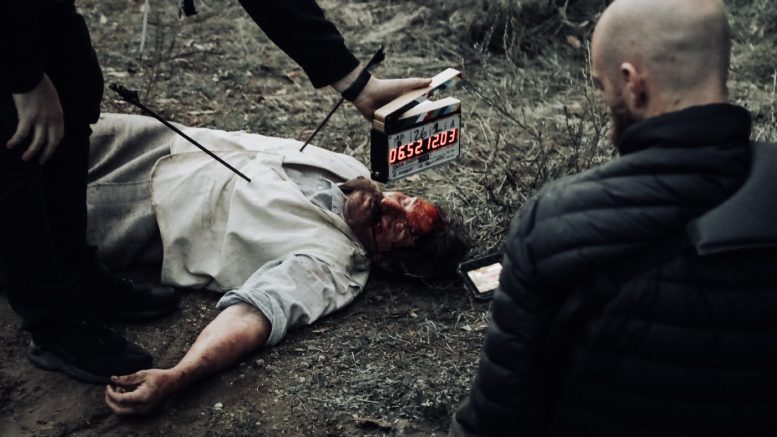 Will you stick with the classics or dare to try something else?

The week leading up to Halloween is that turning point of autumn into the darker depths of welcoming winter. During those seven days, adults and children across the country try to fit in as many Halloween and horror films as possible. However, going down the well-beaten track of classics like Halloween, Friday the 13th, and the Hammer boxsets can get a little repetitive. So, here are five films you should consider streaming this year for spooky Halloween.

This Japanese masterpiece will be found on my ‘underrated horror film’ lists, but it truly is superb. Shot in less than a month, this small cast movie follows a man looking for love in all the wrong places.

When Shigeharu’s son suggests he find himself a new wife, the widower and his film producer friend embark on a fake audition process to find someone new. When Asami arrives, she captivates Shigeharu, and despite none of her references checking out, the pair begin to spend more time together.

Cue a severe case of the jealous girlfriend, and you have a superb but disturbing horror film.

Some forewarning needs to be given with this film, as it includes child murder. In fact, when the film was shown at Cannes Film Festival in 2017, over 100 audience members left the viewing. However, the film, directed by Lars Von Trier, was met with a ten-minute standing ovation when the credits rolled.

Jack, played by Matt Dillon, is a serial killer whose life the audience follows for over a decade throughout his crimes. With bit-parts from the lives of Uma Thurman and Riley Keough, The House That Jack Built is a masterpiece in the mundane-horror genre.

This film is not for the fainthearted, but it’s definitely worth a watch.

Widely believed to be John Cusack’s last ‘good’ film, 1408 is based on Stephen King’s short story. Starring Samuel L. Jackson, Cusack’s Michael Enslin, an author who spends his nights at ‘haunted’ hotels to gauge their supernatural events, gets invited to The Dolphin in New York city.

Room 1408 serves as a real-life Alice in Wonderland horror story with paintings of the sea flooding the hotel room and inexplicable dealings with…something.

Cusack’s performance as a sceptical auteur turned terrified adult isn’t bad, and this film is a good one to watch with the lights out.

Whether you’re watching the Austrian or American version of this film, it doesn’t matter — they’re a shot for shot remake by the same director.

The Farber family, consisting of Naomi Watts and Tim Roth in the US version, drive to their vacation house on a lake when they end up embroiled in a day of sadistic games with two strangers in the form of Michael Pitt and Brady Corbet. There’s an instance of a fourth-wall break and some truly horrible scenes of absolute desperation, but it’s a cracking film, whether you go for the subtitled version or not.

This British horror film has a Big Brother feel to it. Five people spend six months in a large house in the middle of nowhere while cameras film them. However, that isn’t the only game going on in the empty mansion.

The film has a surprisingly good cast with Kris Lemche, Jennifer Sky and an early appearance from Bradley Cooper. It’s suspenseful, and with prize money of $1million, the characters will do anything to get their hands on the money.

With a budget of just $3million, this is a cracking movie that’s sorely underrated.

So, which films will you be watching this coming weekend? Will you be stepping into line and watching the classic jump-scare horror films, or will you try something a little different?