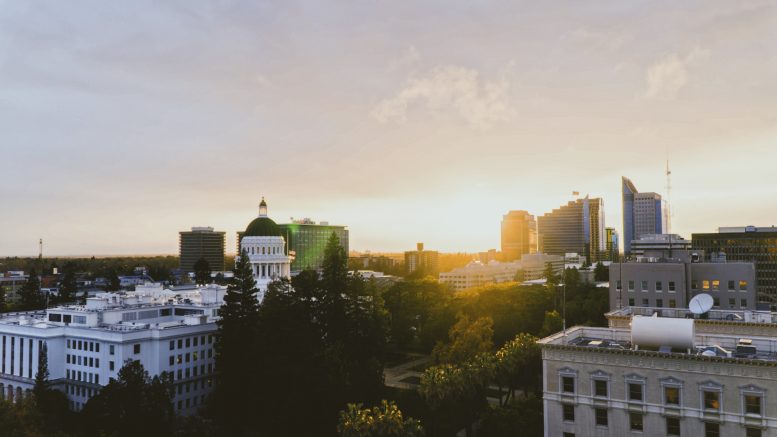 By Genoa Barrow, the Sacramento Observer

While many are focused on a pandemic that has wreaked havoc the last year and a half, a local health advocate is still battling a virus that’s been around far longer. Clarmundo Sullivan is battling HIV/AIDS and people’s perceptions as the founder of Golden Rule Services. African Americans, Sullivans says, need continued HIV/AIDS education and awareness.

Golden Rule Services provides case management for the County, and offers free HIV tests and free STD screenings and other culturally sensitive services. The organization is

located in South Sacramento, having moved from Oak Park 15 years ago.“The data was showing that there was still a great need in South Sacramento and we’ve been here ever since,” Sullivan said. “We always want to follow epidemiology, to follow not only where we’re seeing high incidence of HIV and STDs, but we also want to be in communities that are predominantly people of color, which is who our target population still remains.”

When it comes to HIV in the Black community, “about 70% of all infections are our men.” Sullivan said. “Unfortunately, when it comes to actually  living with HIV and AIDS in Sacramento County, we see that African American women are the majority, they’re disproportionately impacted. Even though they’re only 30% of the total of African Americans living with HIV and AIDS, they’re significantly high when it comes to being at risk still. We’re still seeing approximately 120 to 115 new HIV infections here in Sacramento County annually.”

There’s still a stigma surrounding HIV/AIDS in the Black community. There’s also a culture of silence.

Some years ago, the Black community’s attention was on HIV/AIDS and making sure people knew the status of the people who they were dealing with.

Today, Blacks across the country are still disproportionately impacted by HIV.

“Our infection rates are higher, our death rates are higher than any other racial group that are in Sacramento County. So while people are not talking about it, we’re dying. Every year, we’re getting infected, and we’re dying because of the silence around HIV.”

Adding to the issue is what Sullivan calls “sexual silence.”

“We don’t like to talk about what goes on in our bedrooms, particularly because most of us are faith based,” he shared. “We’re taught not to share our business, not to talk about our sexual situations and so that’s what’s driving the epidemic.”

People need to talk to their kids about the risks of getting HIV/AIDS, Sullivan says. People need to have frank conversations with their partners about being tested and what their status is. Far too often, Sullivan shares, the Black community has stuck its head in the sand.

“There’s a lot of denial and HIV is still disproportionately impacting us here in Sacramento County,” he said.

People need real information about what’s happening. While it’s true that men who have sex with other men are the number one risk group locally, heterosexuals aren’t far behind.

“We have what we call ‘high-risk heterosexuals’ engaging in high-risk sexual activity,” Sullivan said. “We have African Americans who are injecting drugs and sharing needles. We have ‘sex for pay.’ In our community, we’re not talking about it, but it exists.”

Whenever a person tests through them, Golden Rule Services does a screening. They ask questions about what kinds of activities a person is engaging in that might be putting them, and others, at risk. It’s common to hear people say that they don’t use protection because they “don’t like condoms” or that they’re too expensive or otherwise not accessible.

“You would think that after 40 years of this epidemic, we would be in a different place, but now, because of life issues, because of social and cultural issues, because of economics, we’re still at very, very high risk. It’s not that we’re engaging in any more risky behaviors than any other population. That’s not the case. It’s just that we have these other socio-cultural issues that put us at higher risk than maybe other communities don’t have to deal with those. That’s what’s driving the HIV/AIDS epidemic still.”

Golden Rule Services has matured since it started in 2003.

“We were just doing groups for Black gay men. That’s all that we were focusing on, because they deserved it; they were the population in the Black community that had the most HIV/AIDS incidence and prevalence.”

In those groups, participants learned about safe sex and cultural issues that drive the epidemic and strategies and how to deal with homophobia, racism and classism.

Sullivan has often worked with little to no outside resources.

“It wasn’t about the funding. If you were HIV positive, you deserved the same care and treatment and attention as anybody else. We did that for almost 18 years without funding.”

It wasn’t until 2013 when there was a rise in gonorrhea and chlamydia in the local African African community that Sullivan was approached by Sacramento County to partner up. Before that time, Sullivan said he and his team had to “get creative.”

“We did fundraisers and we raised enough money to start offering free testing for people of color here in Sacramento County.”

“We serve the gay, LGBTIQ community. We serve prostitutes, we serve ex-felons, we serve sex workers, we serve transgenders. Because those communities are not very romantic in the community, it feels like ‘Why should we support those individuals, they deserve what they get. Why are they engaging in high-risk sex?’ There’s a lot of stigma around the populations that we’ve always served.”

Things are getting better, he says, as members of the LGBTIQ community become more prominent in society.  Advances in medicine also have Sullivan more hopeful than he’s ever been that there will be an end to HIV/AIDS in his lifetime.

“I had a young Black gay man who was on his deathbed, I went to the hospital and they were doing last rites,” Sullivan said.

“They put him on HIV medications and within a month after that, he was back to work. He gained his weight back and he now is doing very, very well, he looks healthier than I do,” he added.

A drug called PReP, or pre-exposure prophylaxis, is also making a difference.

“It’s something that you can take, either daily or you can take it when you know that you’re going to engage in an encounter.  It’ll prevent you from contracting HIV and AIDS,” Sullivan shared. “We have about seven to 10 years with excellent data that proves that PREP actually works.”

“U=U  means undetectable equals untransmittable. If we can get people living with HIV on medication and get their virus down to undetectable, it’s impossible for them to spread it, whether they use condoms or not. Those two strategies alone can end this epidemic.”

“A lot of people don’t feel the need to test for HIV. They don’t think they’re at risk. If we can encourage everybody that is sexually active to at least get an HIV test, maybe on an annual basis, we can find those individuals who are unaware that they have HIV and are spreading it in the community.”

The Work Is Personal

Golden Rule Services recently added a mobile HIV testing unit to its services. Sullivan says the converted RV will go a long way toward eliminating barriers that prevent people from coming into a traditional clinic to get tested.

Testing at a booth didn’t work with the issue of privacy and confidentiality. Now they’ll be able to offer that.  The mobile unit will park at events, low-income housing complexes, homeless camps, and bars and clubs.

“I’ve always wanted to end the HIV/AIDS epidemic for several reasons, one, because it impacted us disproportionately, back 30-40 years ago and two, because it personally has affected my family, and it’s personally affected many friends and colleagues,” Sullivan said.

“I made a commitment to all of those folks that have died due to HIV, or lack of HIV care and education that I’m going to continue to work until we end this epidemic.”