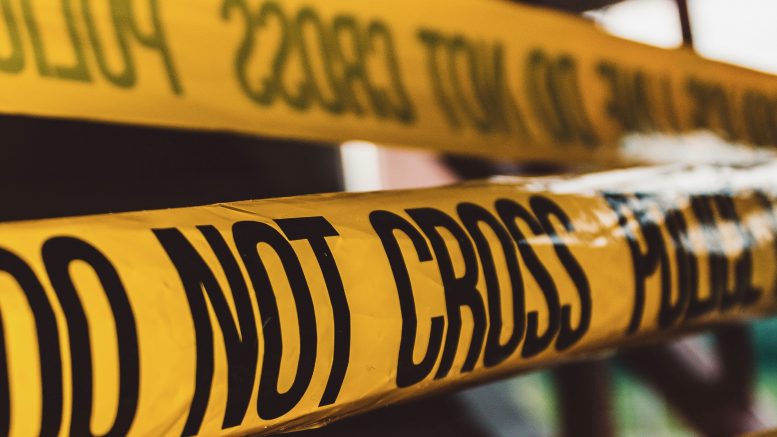 The Black Swan epoch of 2020 saw homicide rates in California hit a 13-year high, with Sacramento police and sheriffs responding to nearly double the number of bodies down from the previous year. While most suspects from that time are still pending trial, prosecutors recently put to bed a number high-profile murder cases dating back to the eve of the pandemic. Those included an ongoing domestic violence story that spiraled into the murder of a teenager, as well as a bullet-flying moment of havoc in front of the Dimple Records on Arden Way.

On January 8, 2019, 911 dispatchers received a frantic call from a 12-year-old boy living in South Sacramento. The child said that his sister, 19-year-old Dajha Richards, had been gunned down in their home. Sheriff’s deputies and paramedics arrived to find Richards suffering from a bullet wound to her chest. She was discovered in the house with her young brother, as well as her own four-month-old baby.

Richards managed to tell authorities that she’d been attacked by her boyfriend, 20-year-old Damion Horton. The suspect already had a conviction in 2016 for attempted robbery. He had reportedly been abusing Richards leading up to the deadly incident.

Richards was rushed to the hospital, though too late for doctors to save her.

With law enforcement hunting him, Horton decided to turn himself in. The pistol he used to kill Richards was never recovered.

On September 13, a jury found Richards guilty of First-Degree murder. The case was handled by Deputy District Attorney Allison Dunham of the DA’s homicide unit. Scheduled to be sentenced later this month, Horton faces up to 75 years in state prison.

Sacramento prosecutors also closed the case on Cesar Serpas and Joseph Garcia, the men arrested for firing shots at the Dimple Records store on Arden Way after a car-jacking went south.

The crime happened on Sept. 11, 2018, when some customers were exiting the store after buying a CD. The people were suddenly confronted by Serpas and Garcia, who robbed them at gun-point. The assailants then began to steal one of the victim’s cars. A victim turned and ran back into Dimple, prompting Serpas to open fire in their direction with a semi-automatic pistol.

Five years before, Serpas had been convicted of assault causing great bodily injury. On July 23, a jury found him guilty of attempted voluntary manslaughter, assault with a semi-automatic firearm and robbery with a gun. Serpas faces up to 54 years in state prison. Garcia, on the other hand, was convicted of attempted carjacking and robbery. He’s looking at 5 years behind bars. The case was led by Deputy District Attorney Matthew Moore of the DA’s career criminal prosecution unit.

A gang murder probe also ended over the summer, after 19-year-old Keondre Pratt was convicted of killing one of his rivals in a drive-by shooting in Del Paso Heights.

The murder had its roots in an encounter five days before, when Pratt reportedly was walking on foot through his neighborhood and spotted a gang enemy driving in the area. Pratt ran out into the street to spray the car with bullets. His target got away.

Later in the week – Sept. 21, 2019 – Pratt was cruising in his car near North Avenue and Rio Linda Boulevard was he noticed an entire vehicle full of gang rivals. Prosecutors say Pratt began chasing the other car, which was trying to veer away from him. At one point, he managed to pull up alongside it. This time when he lifted his gun, he hit and killed 19-year-old Syncere Dixon. Eye witnesses in the area helped police identify Pratt as the trigger man.

A jury recently found Pratt guilty of First-Degree murder. He faces up to life in prison without the possibility of parole. The case was handled by Deputy District Attorney Satnam Rattu of the DA’s homicide unit.

Be the first to comment on "Sacramento girlfriend-killer, Dimple Records shooting spree suspects face the music"