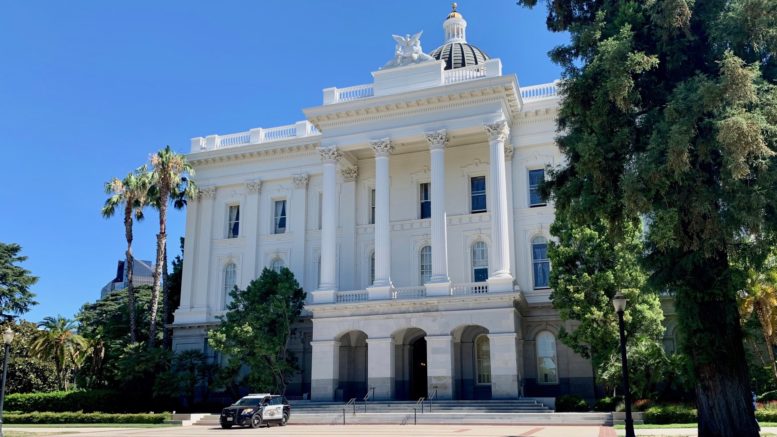 Could psychedelic drugs have a legitimate therapeutic value?

An increasing amount of medical studies are concluding that they have real benefits when treating mental health conditions like depression, substance abuse and post traumatic stress disorder (PTSD).

A new senate bill, SB-519 seeks to change the legal status of several psychedelic drugs in California, allowing for their use and research without criminality. Written by California State Senator Scott Wiener (D-San Francisco), SB-519 seeks to decriminalize drugs like psilocybin, ecstasy and LSD, and create panels to further study their potential benefits and drawbacks.

While SB-519 is not a complete legalization bill, Wiener aims to re-contextualize the illegality of psychedelics by taking a health-based approach rather than a penal one. “It’s hard to describe just how destructive the war on drugs has been,” said the Senator on a recent KQED Forum broadcast.

Peyote cactus, known scientifically as lophophora williamsii, was deliberately left out because it is an endangered plant, and because of its unique spiritual relationship with Native Americans.

Ketamine was originally included, but later struck from the bill’s original wording. Technically, not a psychedelic, it is an anesthetic first used for pain on the battlefields of Vietnam. It is also thought to quickly re-grow connections “between brain cells that are involved in mood,” according to WebMD. But ketamine is politically dangerous because of its other common association as a drug used in date rape.

“Ketamine is probably the most powerful anti-depressant treatment in a hundred years,” said Senator Wiener in an interview with SN&R. “It is not a date rape drug, that’s made up,” he continued. “But we are removing it from the bill because the opponents are spreading so much misinformation, and doctors can already prescribe it.”

The bill’s original text included expunging the criminal records for Californians convicted of possessing psychedelics in the past. Those sections were also stricken, but the senator, who is passionate about criminal justice, said that they will be brought back in a separate bill.

What are the benefits of psychedelic drug therapy?

Clinical trials have shown that, in a medically safe and supervised setting, psychedelic drugs can produce introspective insights that initiate positive behavioral changes in patients.

MDMA works by diverting attention more towards positive experiences and less towards negative feelings. As the Scientific American explained it, “MDMA activates the ventral striatum, a structure involved in reward expectation.”

“Ketamine also invokes a certain amount of clarity, as well as creativity at higher doses,” said Grant, who thinks that psychedelic therapy is opening new pathways for treating a variety of mental illnesses. “They tell me psilocybin and LSD also invoke self-like qualities,” he said, “depending on the dose and the setting.”

Ibogaine is a natural occurring psycho-active substance found in the Apocynaceae family of plants. It works on the drug-seeking areas of the brain, according to the American Addiction Centers, and “rewires these areas, allowing the brain to restructure itself to a state similar to before addiction was triggered.” When treating for methamphetamine addiction, the AAC documented the success rate for ibogaine at 50-80 percent.

Psychedelic therapy is supported by veterans’ groups, including Heroic Hearts Project, a non-profit organization that helps military veterans who are struggling with mental trauma to get psychedelic therapy options, specifically, ayahuasca, psilocybin, and ketamine.

The project operates psilocybin retreats for veterans who have suffered from head trauma. The retreats are conducted in Jamaica, where mushrooms are legal. While the organization cannot guaranty results, its website states, “We strongly believe in the therapeutic potential of these retreats based on the available evidence regarding the therapeutic effects of psychedelic substances, including psilocybin.”

Amos Lovell is an intuitive healer and educator from Carmel Valley who has worked with patients and ayahuasca in what he calls “earth-based spiritual ceremonies.” Lovell feels that, in addition to the medical components in such drugs, the psychedelic experience itself contributes to the positive changes by helping users “let go of their ego or the conditional reality they have come to believe is required.”

“Ayahuasca can help a person see new pathways and perspectives that seem to magically move beyond unwanted or habituated thinking,” said Lovell.

What are the drawbacks?

But Lovell also warned about possible drawbacks, which most often center on improper dosing.

Because these drugs are neither regulated nor tested, dosing instructions are administered by the drug provider, who is probably relying on anecdotal information.

Full doses of LSD, for example, can cause intense paranoia, putting users into an anxious state of wondering how long the effects will last.

The visual hallucinations brought on by psychedelic drugs can also create uncomfortable feelings. While recreational users might enjoy seeing pink bubbles and green tentacles climb up their living room walls, medical users are less interested in hallucinations, and more interested in the therapeutic benefits. “Choose a practitioner or shaman that you trust to hold safe space for your experience,” advises Lovell.

“We are working with health professionals who have a strong basis to talk about appropriate dosage,” said Senator Wiener, who says that getting rid of the stigma around these drugs will foster more meaningful dialogue and safer usage.

“When you criminalize activity, you make it less safe,” he said.

There is also a social equity benefit to SB-519, in that people of color will be less likely to face arrest and conviction for simple possession of psychedelics.

A 2020 study published in the American Journal of Public Health stated that “among misdemeanor drug and alcohol-related arrests, American Indian/Alaska Native, Latino and Black persons were more likely than White persons to be booked into jail, as opposed to cited and released.”

This fact also holds true for incarcerations, where convicted Whites were more likely to enter drug rehabilitation and avoid jail time than people of color.

But under SB-519, sales or any profit-making activities surrounding psychedelic drugs are still a felony. Like cannabis decriminalization that came before it, SB-519 does not acknowledge that users need to acquire the drugs. It only deals with people who already are in possession.

So, even if psychedelics are decriminalized, what about administering them when federal law prohibits doctors from writing prescriptions?

“This will be a long-term process, and that’s why we set up a task force to talk about what the future might hold, in terms of regulation,” said Senator Wiener.

“We are not solving every issue with this bill,” he said. “We are saying, when someone possesses psychedelics for personal use, we should not be arresting them.”

Be the first to comment on "Will political action in Sacramento lead to decriminalizing psychedelic drugs?"