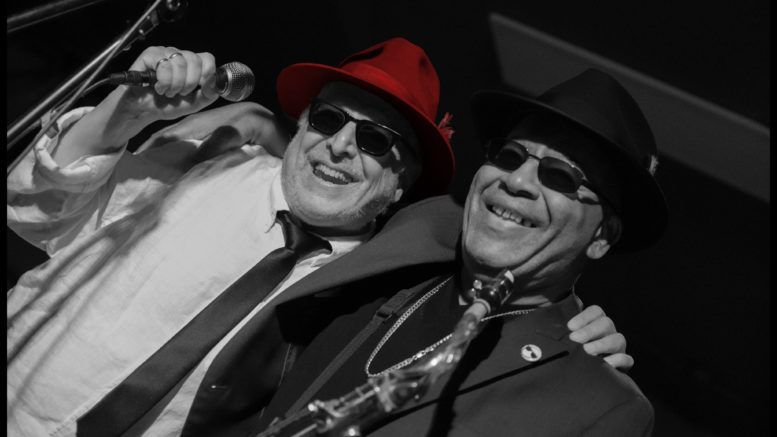 Blind Lemon Peel is a Sacramento newcomer, but he has been at the forefront of progressive blues communities for more than 40 years. Peel’s particular approach, incorporating traditional blues styles into progressive blues adaptations, has been a decades-long evolution.

The very phrase progressive blues seems to have a tug-of-war going on inside itself. It’s like “jumbo shrimp” or “the only choice.” There is an inherent contradiction to the notion of progressive blues because the blues holds simplicity and tradition in such sacred regard.

There is probably no American music form whose purity is more fiercely protected by its listeners and practitioners than the blues. Any musician seeking to make a high-profile expansion of traditional blues will face hidebound doctrinaires eager to share their opinion on whether the experimentation has merit.

And they’re usually going to say “no.”

Blind Lemon Peel is seeking to do in Sacramento what he’s already done in the New York City blues scene and, more recently, in Los Angeles: That’s to present his song catalog in an environment of impeccable musicianship and engaging vocal delivery. Throughout his career, Peel has attracted musicians who are comfortable pushing traditional blues boundaries that have long-served as guideposts for the creation of new music.

In Los Angeles, Peel’s musical director was L.A. blues star Lucky Lloyd. Bobby “Hurricane” Spencer was his tenor player and, as Peel likes to say, “musical conscience.” Spencer is a legend in L.A. blues, but also has a deep jazz education. His outsized presence in Los Angeles marks a second chapter, as Spencer’s time in the Bay Area earned him a star on the Walk on Fame in his hometown of Oakland. The society of advanced musicians following Lloyd and Spencer became a Swiss Army Knife for Peel, and his eagerness to begin in Sacramento is palpable.

So, Is progressive blues even a thing? Believers say it’s human nature – and also the nature of musicians – to test what convention has determined as a boundary or a bare minimum.

“This isn’t a muddy gumbo, you can taste each flavor individually,” notes Spencer. “It’s the kind of music that takes me back to clubs where, if you’re playing the music right, there’s bound to be a fight.”

There is a point at which an experiment in progressive blues will be seen as frivolous, but many musicians are looking to further open the umbrella that covers the genre, and do so with a credibility that moves the markers. Blind Lemon Peel identifies with that company.

Who might be the Robert Johnson of progressive blues? Who was the first blues band or musician to turn the wheel hard to the left and keep it there, and do so with broad acceptance? One arguable progenitor is John Lee Hooker. He moved blues in a new direction not by ornamenting it, not so much by expanding on the existing accepted harmonic structures, but by dialing them even further down and shining a light with his fiery vocal timbre. The way Hooker approached the blues was progressive because it was, very often, a further reduction of three chords down to one.

Another frontrunner is Canned Heat. The band comes from one place alone, the blues, but also demonstrated with its 1968 double-live album “Living the Blues” that it’s comfortable introducing the style to a rock and psychedelic world.

The music of Captain Beefheart is another place to look for bulking up on one’s progressive blues intake, having some resemblance to the Blind Lemon Peel concept. The Captain’s rough and ready guttural bark is not necessarily at odds with the blues (think Howlin’ Wolf and Koko Taylor), but Beefheart’s growl adds an angularity to the storytelling. Similarly, Peel’s emotional hostage-taking in his final choruses put a bow on an often pretty and often twisted back-and-forth between him and his back vocal line. So, while a good part of the Beefheart oeuvre is well outside the blues, another part is inarguably inside – and that part sounds a bit like Peel.

Given that Peel has a composing and performance style that both borrows and creates, there’s a real opportunity for a blues-philosophy twelve-bar semantic war to break out here. It happened before when people said the act of Muddy Waters plugging his guitar into an amp was progressive.

Innovations in amplification, instrument-making and recording were all integral to blues music’s evolution, and the great artists who leveraged those technologies to achieve new avenues of expression could be thought of as “progressive” within the blues. The tent is as big as one wants it to be.

In terms of live performance, there’s a lot about Peel’s show that is absolutely traditional — the crisp arrangements, the top-flight musicianship, the snappy red hat — but what separates his lemon-fresh approach is its elaborate focus on presentation. Eight-tenths of the show is original material, and the cover songs he does usually have an extreme makeover. Rather than offering traditional B.B. King covers and arrangements to a blues-informed audience, Peel presents a wide selection of feels, tempos, keys and lyric content, all with a never-a-dull-moment philosophy driving the broader show. Emcee skills, comic elements and an all-female background vocal line give an evening with Peel a nearly cabaret-like glow.

The right city at the right time

Sacramento has long burned with a deep love for the freaky side of the blues. Maybe some of it stays a little underground – traditional musicians getting together in the garage for a progressive jam. It’s a city where you sometimes hear uncommon harmonies over common chord changes, as well as rhythms that move the tonal underpinnings far away from expectations. That’s what Peel has found here.

“I know I’m walking on sacred ground,” Peel says of taking liberties with the tried and true. “That’s the reason why I’m here. Believe me, I respect the antecedents of the music I play. My show isn’t humble. It’s outrageous. But I am humble. I know where this music came from and what it means. I have a band ready to put on a version of the show I had in New York and in Los Angeles … It’s always found a big, appreciative audience, and I intend to do the same here.”

Peel adds, “The way I categorize progressive blues is broadening the genre while anchoring its roots firmly to its past – Mississippi, Chicago, Texas, Kansas City, and even Louisiana – almost creating a fusion of styles. Progressive blues operates outside the box, and isn’t afraid to take risks and experiment, all the while knowing exactly when to bring it home.”

B. Noel Barr, a producer at the New Blues Festival and President of the Long Beach Blues Society, is a fan who thinks Peel delivers on what he promises.

“Blind Lemon Peel puts on an insanely great show for audiences that want the real deal blues with a healthy sense of humor,” Barr explains. “This is one wicked cool act that generates unbelievable energy and contagious excitement.”