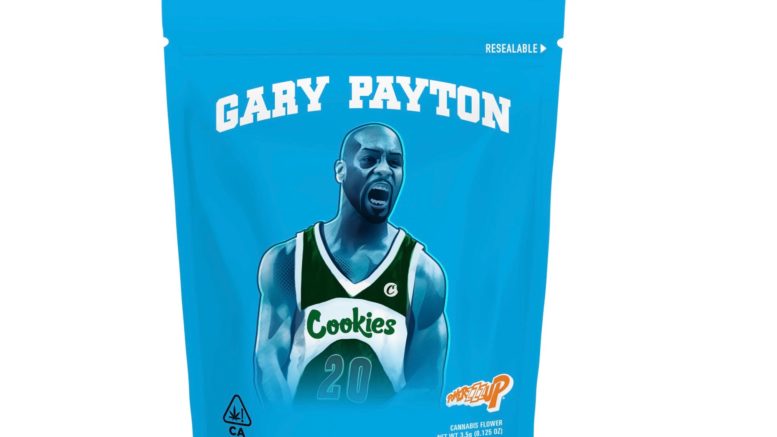 Surfing the wave of new brands at local dispensaries

Have you ever tried a celebrity cannabis product? It seems like a new one debuts every day.

There is nothing new about the idea of celebrities cashing in on their connection to the herb. Cannabis brands in the names of Willie Nelson, Tommy Chong, Snoop Dog and Bob Marley have been in dispensaries for years.

What’s new is the amount of celebrity brands currently on the market. Seth Rogan, Jaleel White, C.J. Wallace and Lil Wayne are a few who have more recently unveiled their own line of flower strains, vapes, and pre-rolls.

But are the celebrity brands currently available in California any good, and are they pushing better cannabis brands off the dispensary shelf?

To differentiate from competing celebrity brands, it helps to have a reason-for-being, which is usually explained through a “mission statement.” One popular theme is to highlight the celebrity’s connection to cannabis culture, explaining that they are everyday users like us, just looking for a good high to smooth out life’s difficulties.

The late reggae singer Bob Marley certainly made ganja a major part of his music and lifestyle. The brand named for him, Marley Natural, is owned by Seattle-based Privateer Holdings, which signed a 30-year license agreement to work with the Marley family and develop a complete line of cannabis products.

“Each of our offerings is a direct reflection of the Marley ethos that integrates nature’s goodness with a belief in the positive potential of herb.” reads their mission statement.

“It is popular because of price point, THC level and the strains,” said Robbin Lynn, Vice President of Sacramento’s TRW Unlimited cannabis delivery, which carries Marley Naturals. Lynn said that customers don’t necessarily ask for the brand by name, but continue to purchase it after first trying the smoke. “But we also want to support small farmers,” she added. “A lot of them are struggling with these celebrity brands coming in.”

Earlier this year, Rapper Lil Wayne introduced his GKUA Ultra Premium brand in California, with products that are “produced from the finest cannabis,” and that are “Lil Wayne tasted and approved,” says the website.

“Celebrating culture and artistic achievement, by supporting artists and dreamers and throwing the ultimate private VIP Parties, featuring once in a lifetime performances,” reads the GKUA mission statement. The company plans a series of cannabis and music events, including one at the LA Coliseum in August.

But we wanted to get beyond mission statements, so we asked if the rap icon himself could answer our question, “Why should someone buy your brand?”

Lil Wayne’s answer was brief, but conclusive. “I share what I love and I love what I share,” he told SN&R.

“From eighth jars to rolling trays to rap song mentions, Purple Urkle and I have lived apart like fraternal twins separated at birth,” reads White’s mission statement. He decided to turn the famous play-on-words into a cannabis business, and yes, his brand offers two different Urkle strains in flower or pre-rolls, available at Vibe dispensary.

In March, actor Seth Rogan introduced his Houseplant brand in the California market. Featuring creative packaging design, the Houseplant website doesn’t really post a mission statement, except to say that Rogan (known for playing stoners in Judd Apatow films) and his partner personally smoke every strain, to check for quality, potency and enjoyability. “If they wouldn’t smoke it, Houseplant wouldn’t sell it!” reads the statement. Houseplant is available at the Apothecarium dispensary in Berkeley.

Social equity is another common theme. “This industry cannot be built with just multi-state operators, owning all of the supply and being white-run, as it is now,” said C.J. Wallace, who co-founded the socially active Think BIG. Wallace is the son of the late rapper Notorious B.I.G., and the singer Faith Evans.

Wallace grew up seeing cannabis used as a creative tool for his recording-artist parents, and as a medicine for his autistic brother, Ryder. To honor his father Think BIG partnered with California’s Lowell Herb Company in 2019 to create the Frank White strain, available at several Sacramento dispensaries.

The Think BIG mission statement is up front about its politics. “As a company that believes in the healing power of cannabis, we have a responsibility to fight for change. We can no longer stand idly by while our people struggle in the face of unjust marijuana laws and environmental policies that disproportionately target people of color.” Think BIG supports the Minority Cannabis Business Association and Last Prisoners Project.

Where do celebrity strains come from?

“Overhyped and overpriced [mid-level quality] in my opinion,” said Jeff Cassetta, Chief Marketing Officer at SeedsHereNow.com. “I am not a fan of celebrity brands.”

Cassetta feels that celebrities have the same right as anyone else who takes advantage of a legitimate business opportunity. “Nothing wrong with that,” he said.

“But most aren’t hooking up with good growers and aren’t having custom strains made,” he said. “I have an issue with them not telling customers what the lineage of their strain is,” said Cassetta. “[I am] starting to think they are renaming strains that already exist.”

Cassetta is right to an extent, bercause some celebrity/grower partnerships are not much more than licensing agreements, whereas other celebrities are personally absorbed into the enterprise.

“Early on, Marley Natural always said that Bob’s son was picking what was going to be grown, and the same thing with Willie Nelson’s Reserve,” said TRW Unlimited’s Lynn.

“Willie Nelson is our Chief Tasting Officer at Willie’s Reserve and he will tell you, there hasn’t yet been a strain he didn’t like,” said Nicole Kennebeck, Marketing Director at GHC Inc., Nelson’s parent company. “In California, we are focused on working with farmers in mind as a reflection of Willie’s long time commitment to Farm Aid,” she said. Willie Nelson’s Reserve is currently available at Tahoe Wellness in South Lake Tahoe.

Close involvement is also a priority with Tommy Chong’s Cannabis brand, where small batch growers like East Fork Cultivars are listed on the package, and the strain lineage is explained on the website. Chong, who became famous as a stoner in Cheech and Chong films, personally tries out all of his strains. Cheech Marin is also involved, as the pair plans to open a multi-state chain of cannabis stores they call “dispensoria,” starting in California.

“Tommy and Cheech are very involved and have an active say in everything we are doing from a quality control standpoint,” said Danny Keith, President of Eighth Icon Holdings, the parent company formed by the two comic actors.

“It is an artisan craft to be a grower and a manufacturer,” said Keith. “Our desire is to control our genes and our phenomes, so we absolutely want to embrace the small batch provider and hyper-focus on the flower-side of things,” he said.

But for at least a few licensed brands, Cassetta’s point about unknown lineage rings true. Consider a product produced by Caviar Gold and named for a different pair of movie stoners, “Jay and Silent Bob present Bezerker Lunar Modules.”  Jay and Bob, played by Jason Mewes and Kevin Smith, originally debuted in the 1994 film “Clerks.”

Ganjazilla of West Coast Weed Reviews panned these infused buds while questioning whether the infusion of kief and THC oil onto the outside was actually hiding bad cannabis underneath.

“It just feels like a disappointingly generic and mild high, and it really makes me wonder about their starting material. What kind of weed is this anyway?” wrote Ganjazilla. “There’s no indication on the box. As much as I’d love to give a Jay and Silent Bob cannabis product a passing grade, I just can’t,” the reviewer concluded.

SN&R asked Caviar Gold about the lineage of their Jay and Silent Bob product, and another of their celebrity strains, Fryday Kush, represented by the rapper/actor Ice Cube. The company did not respond to our inquiry.

Then there is the Gary Payton strain, which has a different story. The lineage of this strain is well-known and promoted, although the celebrity himself was not originally involved.

The growers at Cookies, a cannabis company started by the rapper Berner, developed the “Gary Payton” strain, which was named after the former Seattle Supersonics basketball star. Cookies crossed the Sativa-dominant Y Griega strain with the hybrid Snowman to come up with a strain that the growers described as “quick and euphoric.”

“This is not a celebrity brand like Tyson Ranch or Marley Naturals,” said Forrest Heise, manager at Sacramento’s Green Solutions dispensary, which carries the Cookies brand. “The strain was named after Payton as a sort-of tribute, as opposed to any actual involvement from him,” said Heise.

“It came about when some of the guys in the hood in San Francisco said they came up with a new strain,” Payton told Complex News in 2020. “They was like, ‘We going to honor the OG’, and I’m the OG,” he said. Since then, Payton said he has become involved with the Cookies brand, partly because cannabis helps his mother’s chronic pain.

“The buds themselves are beautiful, with an assortment of colors; orange, blue and green,” said Heise. “Anybody who visits us from Seattle usually ends up buying it on principle.”

We asked some local cannabis users about celebrity brands, and several mentioned respect for those who had paid the legal price for their use, like Chong, who went to prison for marketing cannabis pipes, and Nelson, who has been busted twice for cannabis and once for mushrooms. “Willie, in my opinion, is the only credible one out there that has a history and passion with cannabis as medicine,” said Amber.

Perhaps the only thing that can be said about every celebrity brand is that these celebrities all admit they are dopers (except Payton who endorses cannabis but has never smoked it). Ultimately, the quality of each brand, and its survivability, depends on who that celebrity decided to partner with, and how much involvement they have with quality control.

Otherwise, California’s competitive cannabis market, which can be brutal, will casually toss the bad brands onto a junk heap of historic, but failed, celebrity efforts.

Be the first to comment on "Celebrity cannabis brands"