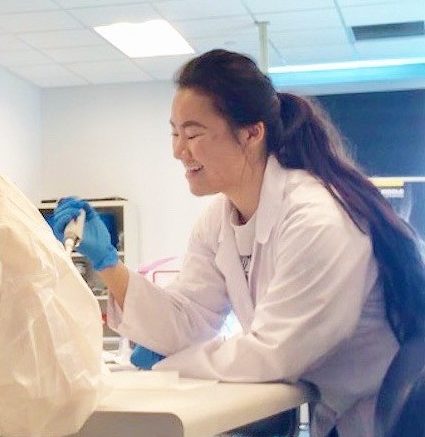 The average person may dream of space travel, but few people actually consider the changes that take place in the human body as a result. Olivia Siu, a Sacramentan in her junior year at Embry-Riddle Aeronautical University in Daytona Beach, FL, is doing just that. As a result of her studies, she’s won a prestigious scholarship to NASA’s Space Life Sciences Training Program headquartered at Ames Research Center in Mountain View, California. Siu spoke with SN&R about her scholarship, her interest in virtual reality, and the toll air and space travel can take on the human body.

Please go ahead and tell me what aerospace physiology actually is.

Good question. Well, aerospace physiology is the study of our human body, in either aviation or the actual space environment itself. We’re looking at, how does our body respond, how does our body adapt to these environments? What exactly makes us sick? Where are the big concerns that we need to look out for?

For example, specific to space, a huge concern is radiation. Because we don’t really think much about it here on Earth. Of course, we get sunburns. So that is technically radiation damage. But in space it’s so much more than that. There are different types of radiation.

Another concern facing aviation would be G-Forces. For example, [the feeling you get] when you ride on a roller coaster, that kind of force that you feel like flipped upside down. That’s what G-Force is, that gravitational force on your body. And that can, for example, leach blood from your eyeballs, [which could cause you to] lose your color vision, and eventually potentially lose your sight altogether.

You didn’t start college intending to study this. What influenced the change?

I actually started college [studying] virtual reality, because I was still kind of obsessed with that body-environment kind of relationship. For example, why our bodies feel like it’s a certain simulation, and it feels real. It cannot differentiate, for example, a space environment from a fake environment, even though you know that you’re not actually in space. But what made me switch, actually, was because I think it kind of goes along with that cliche of fact is stranger than fiction. For example, as a VR developer you want to create interesting worlds that are compelling and immersive. However, there are already those environments, space being one of them … They’re true, they’re not ones that you have to make up. So I think, very much inspired off of that. And I prefer the study that instead because I am more in a investigative outlook, I guess you can say as a student. I might actually come back to virtual reality, I want to figure out the kind of phenomenon first, about why they’re happening, and how to keep people safe, that it’s their jobs to go out there in these extreme environments.

The scholarship that you have NASA Space Life Sciences training program will be virtual. Do you know what that might entail?

So far, the differences are not that many actually, because a main part of this internship, for example, why I chose it was that there was a huge emphasis on camaraderie and community, because [we] as interns have to make a project on our own, completely, without any mentors, or anything, and that project might lead to some very real results. And that is very different than what you would see in most internship positions where you’re just one intern within this whole system. So they’re actually going to keep that up…excluding those in-person opportunities…So we’ll try and maintain it over a virtual platform, you will have that same living, in-person experience…[but I was] really looking forward to it this would [have been] my first animal studies project. I’ve worked with humans before, before I’ve worked with bacteria, but not yet that middle ground of animals. So unfortunately, I won’t get able to get that experience.

What data would you be looking for from a bacteria test?

Well, this isn’t the NASA project. But the ones I have done in the past would be, for example, a growth dynamic. Bacteria are actually stronger than [humans] in the space. For example, [in one case] when someone was sick, I think with salmonella, food poisoning, they need twice the antibiotics to fight that off…It’s basically one of the ways in which you learn from them. We know that they grow differently in microgravity, to grow [as a] sphere or so called circle rather than, you know, on a flat surface … We know so far that they’re stronger than us because they can take radiation better. They have different food sources, carbon forces that are up there, that we cannot consume. So, it is harder for us to live up there. So we can learn a lot.

Be the first to comment on "Fifteen Minutes: Olivia Siu, NASA Scholarship Winner"