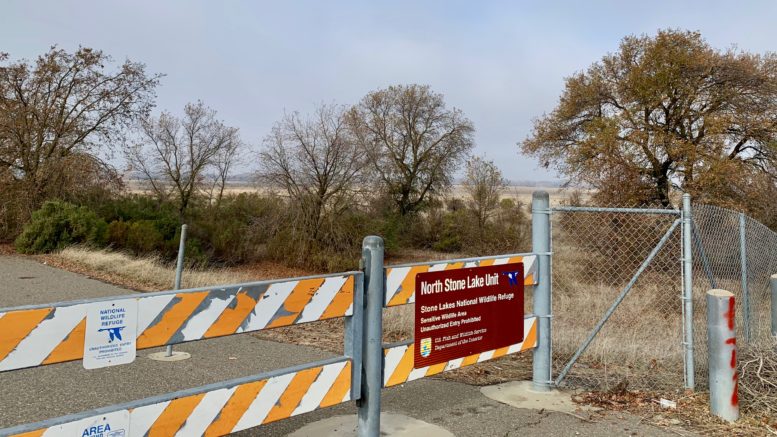 California Northstate University's proposed hospital in Elk Grove would be located in close proximity to a federal nature preserve.

As Elk Grove leaders prepare to vote on a controversial hospital in the coming months, experts are dueling over whether the monetary promises California Northstate University has made about it are real.

In October, Northstate mailed the executive summary from an economic impact report about the hospital to Elk Grove city residents. However, the neighborhood association that opposes the project hired an economist to review the mailer’s claims, and he in turn issued a white paper calling them misleading.

Northstate University denies its summary is wrong, though it hasn’t yet released the full study for residents to review.

“This affirms what we’ve known all along,” said Jake Rambo, board president of the Stonelake Homeowners Association. “They are using faulty and dishonest tactics to manipulate the community to support a bad project.”

Northstate, which operates a private medical and pharmaceutical school in the Stonelake area, first unveiled its plans for a hospital in December 2019. The projected was spearheaded by former Mayor Steve Ly, who was later unseated by Elk Grove Unified school board president Bobbie Singh-Allen.

Singh-Allen was sworn in last week.

When the project was announced, some greeted it as an important opportunity to bring hospital beds, ICU units and trauma care to the city’s 172,000 residents, who largely rely on services in South Sacramento. In a recent interview with SN&R, Ly said he thought that the severity of the COVID-19 pandemic was now driving him for residents how important another 250 hospital beds from CNU would be to the region’s overall health system.

But those who live in the quiet neighborhood in which the hospital would go have expressed concerns about traffic impacts, small businesses being displaced and the impacts of the hospital and its helipad on a federally protected nature preserve.

When it later emerged that Northstate had run afoul of state regulators in the summer of 2018 over two degrees it was advertising, critics saw it as proof the university is not transparent in its dealings. Northstate says state regulators withdrew their complaint.

Elk Grove recently completed an environmental impact study on the hospital, which is expected to go in front of the city planning commission as early as February.

The economic impact study cited in the recent mailers was authored by Varshney and Associates, a consulting service based in EL Dorado Hills. The study found that Northstate’s medical center would “create $113 million in new business tax revenue for the City of Elk Grove” over 10 years; that “each household in Elk Grove would benefit from the additional labor income in the amount of $2,630.14 on average each year”; and that the hospital would create 24,000 new jobs regionwide.

The Stonelake Homeowners Association hired Jeffrey A. Michael, executive director of the Center for Business and Policy Research at University of the Pacific, to review the summary. In the whitepaper Michael issued last week, he stated he was experienced with the models that Varshney and Associates had used in its analysis, and that the executive summary had enough information about how those models were applied for him to identify red flags.

Michael’s paper goes on to explain that while property taxes are Elk Grove’s largest source of tax revenue, a nonprofit hospital would be eligible for an exemption from the 1% ad valorem property tax from which Elk Grove derives such revenue. Thus, Michael concludes, the CNU medical center is likely to generate $0 in property tax revenue if it is built and operated as a nonprofit, according its most recent application.

Sales tax is Elk Grove’s second largest revenue source and Michael took issue with the summary’s implications on that front, too.

“A new business can generate new sales tax revenue to a city in two ways, new taxable sales for goods and services delivered at the place of business in the city, and induced taxable sales at other city businesses from new income generated by the business,” Michael wrote. “Because medical goods and services are exempt from sales tax in California, CNU would not be paying sales tax on its direct revenue in either a non-profit or for-profit status. Any new sales tax to the city would have to result through taxable sales in the city supported by new income generated by the project.”

Finally, the white paper states that Northstate’s estimated benefits to average household incomes in Elk Grove, as well as local job creation, are exaggerated. The Stonelake Homeowners Association is now trying to get the word out about Michael’s findings.

“These were gross misrepresentations by CNU,” Rambo said. “Especially claiming the hospital would create 21,000 jobs when it’s probably around 2,100 and many of them wouldn’t actually be new.”

Varshney and Associates could not be reached for comment, but CNU spokesman Brian Holloway defended the firm’s work and said the decision to make the hospital a nonprofit isn’t final

“The fact that the proposed California Northstate University Medical Center will generate roughly $4 billion in projected economic impact over 10 years is undeniable, even by Dr. Michael of the University of the Pacific, who has a history of challenging major projects in the Sacramento region,” Holloway said a statement. “Economic output of this magnitude will create thousands of direct and indirect jobs and raise incomes in Elk Grove and regionally. City business tax revenues from the project will depend on whether it goes forward as a for-profit or nonprofit entity. Either way, the project will stimulate the creation of new businesses, which will increase tax revenues.”

For the Stonelake Homeowners Association, ambiguity about the hospital’s profit status at this stage in the game is yet another reason to question Northstate’s motives.

“Based on Dr. Michael’s findings, there is a very good chance that CNU gave more money in support of the previous mayor’s campaign than they’ll ever give in tax benefits to the citizens of Elk Grove,” Rambo said.

Be the first to comment on "Will proposed hospital really generate $4 billion for Elk Grove?"