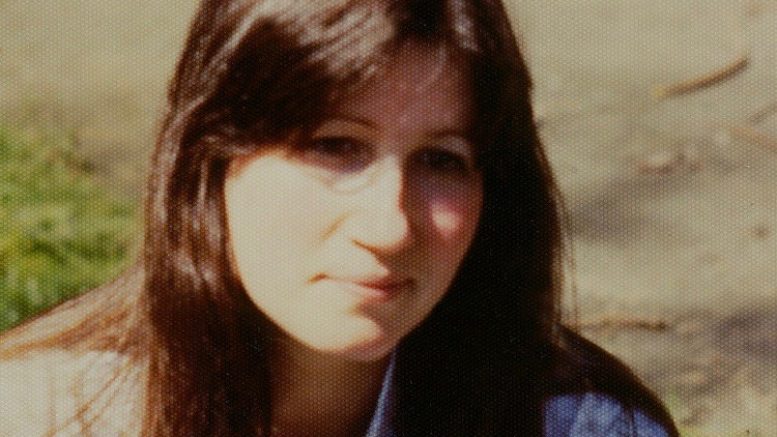 Mario Garcia brutalized women for years, but his conviction for Christie Wilson’s murder was assisted by the one woman he didn’t break

On a January night in 1979, a battered Wendy Ward sat on the edge of a bed watching the man who’d just kidnapped her for the second time in two months calmly walk to a cabinet. She saw him pull out a pistol and snap in a magazine. Ward waited as her former boyfriend, Mario Garcia—the man who’d beaten and raped her on multiple occasions—began to approach with the gun. Garcia leveled it directly at her head.

Ward heard a voice from inside her say, “Just get it over with.”

The click of the hammer striking the firing pin sounded through the room. Garcia drew closer to force the barrel into her mouth. Through the steel pressing on her lips, she felt his finger squeeze the trigger again. Another echo in an empty chamber.

“Have you ever considered suicide?” her tormentor asked. “It wasn’t loaded this time, but I can come and get you any time.”

After months of being stalked, Ward knew that she might die no matter what. Later that night as she lay in a hospital bed, Ward agreed to speak to a Fremont police detective called by the doctors. Law enforcement had already failed to protect Ward once from Garcia. This time the police would do better, though the legal system would fail her.

Yet Ward’s decision that night to risk everything finally put her out of Garcia’s reach. It also left a faint trail within the file drawers and emerging databases of California Department of Justice.

A quarter of a century later, those bread crumbs brought a young homicide investigator to Ward’s doorstep. He wanted to solve a perplexing story—a mystery that only saw its final chapter end this August with the discovery of Christie Wilson’s remains in Placer County some 15 years after she’d gone missing from Thunder Valley Casino and 41 years after Ward had escaped Garcia.

On that afternoon in 2005 when a new detective approached her, Ward started a journey into the most hellish moments of her past, but one that helped authorities unlock the riddle of who Garcia really was—and send him to prison for life.

Ward was a newlywed when she moved from Ohio to California in 1976. As she and her husband adjusted to life in the Bay area city of Fremont, they got to know someone who seemed like the perfect neighbor. It was Garcia. When Ward and her husband separated the following year, Garcia quickly swept in under the guise of a caring friend. Ward eventually started dating him. That’s when Garcia started pressuring to move in with her.

“He suddenly became a different person,” Ward recalled. “It was a Jekyll and Hyde situation.”

Soon, Ward avoided going to work so colleagues didn’t see her black eyes. Garcia’s violence took on shades of depravity. He brutally forced himself on her and promised to kill her if she left him. He followed her around Fremont after she moved into a secret apartment. In December 1978, Garcia convinced Ward that he’d leave her alone if she went out to dinner to talk about “closure.” Ward noticed his new black, windowless van. She started screaming when she realized that Garcia was actually driving into the remote Santa Cruz mountains.

Hours later, Ward appeared at the Fremont Police Department to report being kidnapped and raped. When she started to explain that she laid perfectly still in the back of the van because that had made Garcia hurt her less, the officer suddenly stopped scribbling the report. “Wait, did you fight?” he asked.

Ward again said she’d learned to play possum as a survival strategy. The officer tore the report in half and threw it in the garbage. “Next time, fight,” he said.

Weeks later, as nurses hovered over Ward’s hospital bed after her second abduction, a different Fremont police officer arrived. Ward told Detective R.C. Pile about how Garcia had hidden by her mailbox and how calm he had been as he slowly choked the life out of her. The detective looked at the bruises on Ward’s neck and a cut at the base of her collarbone. Pile began investigating that night, quickly finding enough evidence in Garcia’s van and apartment to arrest him for kidnapping, rape and assault with a deadly weapon.

In mid-1979, while Garcia was awaiting trial, he began dating a legal secretary working on his defense team. Lynette Smith was a vivacious and athletic 33-year-old known for her dancing ability. Garcia managed to convince Smith that Ward was an unstable woman who fabricated the case against him. But soon after the two moved in together, Garcia was physically abusing Smith.

“One time he put her in the hospital,” recalled Tom Davis, Smith’s older brother. “On another occasion he’d climbed up a tree outside her apartment to get to her … Lynette found out that Wendy was telling the truth.”

By the end of the year, Smith reached her own breaking point. She called her mother, Violet Davis, in Ohio and asked her to fly out for moral support as she broke up with Garcia.

By Christmas Day 1979, Smith had made it clear she was leaving. Garcia asked if he could first take her and Davis out for a holiday dinner in San Francisco. The trio left Hayward in Smith’s beige four-door sedan.

Around 8:50 p.m., motorists on Doolittle Road near Oakland International Airport saw that same vehicle suddenly accelerate to 90 mph, tearing across two lanes and then plunging into the deep waters of the estuary. The witnesses watched Garcia emerge from the roof of the sinking car. He was alone and said nothing to the people calling out to him.

Garcia waited until the car disappeared before swimming to the shore. An arriving Oakland police officer began asking questions, but he wouldn’t answer. A sergeant described what happened next in his report.

The white object was Davis’ body. Rescue workers found no trace of Smith. It took 21 days to recover her from the estuary.

Garcia claimed it was Smith who was driving that night. Garcia also told police that his girlfriend had been struggling near him in the water, but that he became exhausted trying to help and “dropped her.”

This story made no sense to Smith’s family.

“Lynette was an excellent swimmer,” her brother said. “Mario eventually gave conflicting stories to us about where he was in the car.”

Oakland police agreed that something was very wrong. To this day, the department’s reports classify the deaths as “an open, unsolved crime.”

The media never linked the deaths to Garcia’s kidnapping trial. Ward only found out through a bizarre coincidence: Smith was the little sister of one of her friends from Ohio, Tom Davis. As the trial approached, she caught up with Davis and only then realized they had something terrible in common—Mario Garcia.

“I was shocked,” Ward recalled. “I had no doubt Mario was the driver.”

In 1981, a prosecutor from the Alameda County District Attorney’s Office met with Ward to tell her that the courts were clogged, that it was her word against Garcia’s and that he needed to cut a deal. In exchange for Garcia pleading guilty to assault with a deadly weapon, the DA’s office would drop the rape and kidnapping charges and allow Garcia to get probation rather than jail time.

Two-and-half decades later and 150 miles away, Placer County Sheriff’s detective Don Murchison was investigating the disappearance of Christie Wilson, a 27-year-old who had vanished without a trace after a night of gambling in Lincoln. The casino’s security cameras showed a much older man hanging around Wilson at a blackjack table before following her out to the parking lot.

At first, he seemed an unlikely suspect. Married with kids, Garcia was a well-known soccer coach in Auburn who worked at Sutter Health Foundation. Murchison began searching his name in a state Department of Justice database and noticed a long-ago arrest. The investigator couldn’t see any details, only the name of the victim.

Ward was living in Santa Rosa when Murchison contacted her. She was stunned to know a detective was so intent on speaking to her about Garcia that he’d make the 50-minute drive to her house. Murchison listened carefully to Ward’s entire story. When it was over, Murchison knew the girl who vanished from the casino parking lot had been walking next to a man who’d twice before kidnapped and raped a woman using a vehicle. He also learned for the first time about the Oakland deaths Garcia was implicated in, and later discovered Garcia’s first wife had fled the country in 1982 to escape his attacks.

Before Murchison left Ward’s home, she mentioned that Garcia had burglarized her home and took some keepsakes. That got the detective’s attention. During the investigation, his team arrested Garcia for being a felon in possession of a firearm. The deputies cuffing him noticed he kept trying to pass an old timepiece in his pocket to his wife. Later, at the jail, Garcia tried to hide the same gold watch in his sock. The deputies took it into evidence. Murchison showed a photo to Ward.

“The picture basically stopped in her tracks,” Murchison remembered. “The color completely flushed out of her face.”

Ward couldn’t be absolutely sure it was the watch her grandmother had given her, so Murchison began mapping out the entire history of the timepiece, using horologists and genealogical records to prove that it had been an engagement gift to Ward’s great-great grandmother in Ohio in 1897. The detective also learned that Garcia had the watch repaired on five separate occasions.

“It was a memento, something he was obviously carrying around to remember Wendy,” Murchison explained. “I think it allowed Mario to relive the crime, and that he felt it was a symbol of his power—a way of telling himself, ‘I got away with it.’”

But he wouldn’t get away with killing Wilson.

Hair and blood spots with her DNA were found in Garcia’s car. Murchison also proved that Garcia’s face and chest were covered with scratch marks the morning after Wilson vanished. When the case went to trial in 2006, the prosecutor informed Garcia’s defense team and the judge that there was no point in calling character witnesses to portray the defendant as a pillar of the community because the DA’s office had its own character witness to shatter that illusion.

If called, one of the first questions to Ward would be about the watch.

In January 2007, when Garcia was sentenced to 58 years to life, one of the people sitting in the courtroom near Wilson’s family was Ward, the woman he could never terrorize into submission. Ward became friends with Wilson’s mother, Debbie Boyd, and was one of the first people to get the call when Wilson remains were finally located Aug. 20 on property that Garcia had owned in Auburn.

“He needed to be put away,” Ward said. “It was to save other women. That’s where I came from when all of this happened.”

TOPICS:Background of the man who killed Christie Wilson<History of the killer Mario GarciaPlacer County murders

Midnight Burning: Three murders, three detectives and the remnants of a savage summer

Be the first to comment on "Return of the survivor"