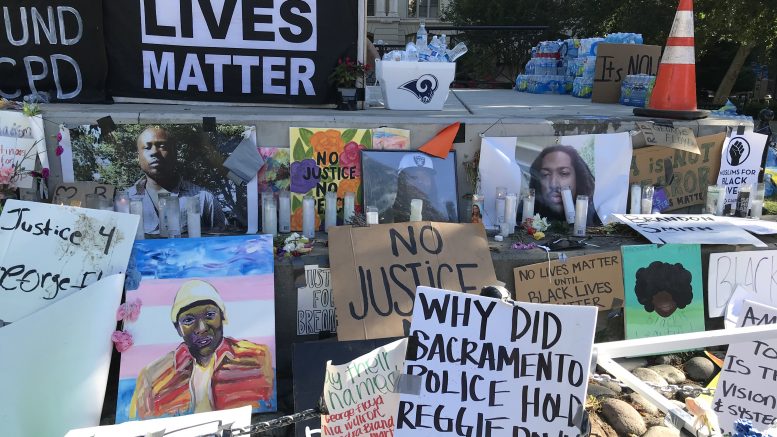 Essay: Sacramento must lead on police changes. The community commission’s recommendations are a good start.

For the past several weeks, our city and many other cities have justifiably expressed their grief and outrage. I’m hoping that the recent death of George Floyd is spurring the kind of reflection that leads to changing Sacramento into the kind of city and community we envision.

While Sacramento is not Minneapolis, there is a lot we can do to bring about meaningful and positive police reform. To that end, I’m asking all residents of Sacramento to join the movement. Let’s turn our collective anger, sadness and feelings of hopelessness towards doing better. Let’s honor the lives of George Floyd, Stephon Clark, Trayvon Martin,Tamir Rice, Michael Brown, Eric Garner, Philando Castile, Breonna Taylor and many others.

We cannot remain silent, and we cannot simply say we will do better. We must push for change now.

The city of Sacramento established the Sacramento Community Police Review Commission, which is dedicated to reviewing the Sacramento Police Department’s polices and programs and advising the mayor and City Council on recommendations for reform. The commission made recommendations in 2018 and 2019 that have yet to be voted on by our city officials. Many of these recommendations are in line with state and national reforms, but some go beyond what has been called for by national groups.

Last year, California took a historic step in the right direction by passing Assembly Bill 392, authored by Assemblywoman Shirley Weber. And while the legislation is beneficial, certain explicit definitions are missing—for example, of de-escalation. The commission’s 2019 recommendations before the City Council define de-escalation as “taking action or communicating verbally or nonverbally during a potential force encounter in an attempt to stabilize the situation and reduce the immediacy of the threat so more time, options, and resources can be called upon to resolve the situation without the use of force or with a reduction of the force necessary. De-escalation tactics include, but are not limited to, warnings, verbal persuasion, and tactical repositioning.”

We can all imagine at least one encounter that might have ended differently had the following policy been in place.

“We cannot remain silent, and we cannot simply say we will do better. We must push for change now.”

Additionally, another commission recommendation includes a requirement for ethnic studies for police officer cadets. Why ethnic studies? Because as many have acknowledged, the solution to police brutality is not just about policy. The police department already requires candidates to complete at least 60 semester hours at an accredited college or university. We need peace officers with understanding, empathy and knowledge of communities of color to eliminate racism and other forms of oppression.

While Police Chief Daniel Hahn and Mayor Darrell Steinberg have suspended the use of the carotid chokehold, this is only a step in the right direction. A broader discussion on what reform looks like needs to take place; the commission’s recommendations are a good place to start the conversation.

Additional reforms must be considered. For example, a number of cities have given their community police commissions the power to investigate, discipline and dismiss police officers. Also, the City Council is considering redirecting some police funding to a new department that would respond to calls related to mental health or homelessness.

We must act. We cannot allow ourselves to do the bare minimum. We need real reform.