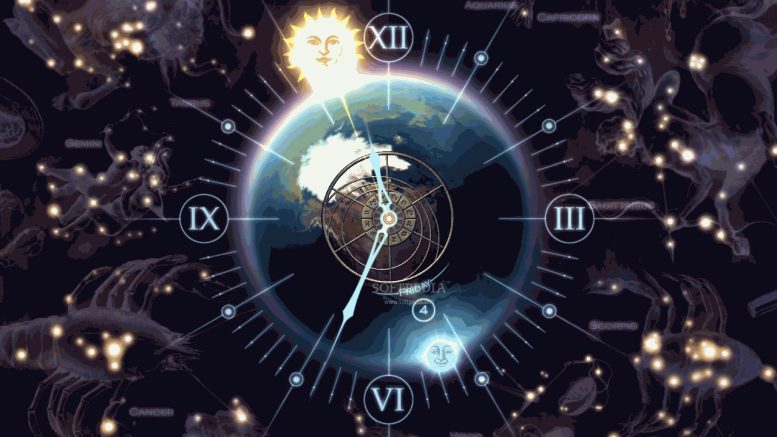 ARIES (March 21-April 19): During her 90 years on the planet, actor and singer Marlene Dietrich reinvented herself numerous times. She had superb insight into the nature of shifting rhythms, and a knack for gauging the right moment to adapt and transform. Good timing, she said, came naturally to people like her, as well as for “aerialists, jugglers, diplomats, publicists, generals, prize-fighters, revolutionists, financiers, and lovers.” I would add one further category to her list: the Aries tribe. Make maximum use of your talent in the coming weeks.

TAURUS (April 20-May 20): Author and theologian Frederick Buechner writes, “There is treasure buried in the field of every one of our days, even the bleakest or dullest, and it is our business to keep our eyes peeled for it.” In alignment with current astrological potentials, I’ll name that as your key theme. More than usual, breakthroughs and revelations and catalysts are likely to be available to you in the midst of the daily slog—even when you’re feeling bored. Make it your business to be on high alert for them.

GEMINI (May 21-June 20): According to novelist Octavia E. Butler, “Positive obsession is about not being able to stop just because you’re afraid and full of doubts.” That’s what I wish for you in the coming weeks: positive obsession. It’s also what I expect! My analysis of the astrological omens suggests that you will have the pluck and craftiness necessary to veer away from murky, disturbing versions of obsession. Instead, you’ll embrace the exhilarating kind of obsession that buoys your spirit in moments of uncertainty. I foresee you making progress on your most important labor of love.

CANCER (June 21-July 22): William Thomson, also known as Lord Kelvin (1824–1907), was a Cancerian physicist and mathematician who contributed to the understanding of thermodynamics and other areas of scientific and engineering knowledge. Despite his considerable intelligence, however, he was myopic about the possibility that humans might one day fly through the air while seated inside of machines. In a 1902 interview—a year before the Wright brothers’ breakthrough experiment—he declared, “No aeroplane will ever be successful.” I suspect you could be on the verge of passing through a Lord Kelvin phase. You may at times be highly insightful and at other times curiously mistaken. So I urge you to be humbly confident and confidently humble!

LEO (July 23-Aug. 22): Author Marianne Williamson tells us, “Spiritual growth involves giving up the stories of your past so the universe can write a new one.” And what exactly does it mean to “give up the stories of your past?” Here’s what I think: 1. Don’t assume that experiences you’ve had before will be repeated in the future. 2. Don’t assume that your ideas about the nature of your destiny will always be true. 3. Even good things that have happened before may be small and limited compared to the good things that could happen for you in the years to come. 4. Fully embrace the truth that the inherent nature of existence is endless transformation—which is why it’s right and natural for you to ceaselessly outgrow the old plot lines of your life story and embrace new ones.

VIRGO (Aug. 23-Sept. 22): Philosopher and astrologer Marsilio Ficino wrote, “Mortals ask God for good things every day, but they never pray that they may make good use of them.” I hope that in the coming weeks, you will disprove that cynical view of human beings. As I see it, you will be more likely than usual to actually receive the blessings you ask for. And I hope—in fact, I predict—that when you receive the blessings, you will then aggressively seek the help of God or Life or your deepest wisdom to make good use of them.

LIBRA (Sept. 23-Oct. 22): I was hiking under a blue sky in a favorite natural location: the Golden Gate National Recreation Area, just north of San Francisco, where sublime vistas provide views of ocean and mountain. Although I was in a good mood, at one point I spied empty Budweiser cans amidst the wild jewelflowers. “What kind of nature-hater was so careless as to despoil this wonderland?” I fumed. For a few moments I was consumed with rage and forgot where I was. By the time I recovered my bearings, the bobcat and red-tailed hawk I’d previously been observing had disappeared. That made me sad. My anger was justified but wasteful, irrelevant and distracting. It caused me to lose touch with some glorious beauty. Don’t be like me in the coming days. Keep your eyes on the prize.

SCORPIO (Oct. 23-Nov. 21): “I have more memories than if I were a thousand years old,” wrote poet Charles Baudelaire. Was he bragging or complaining? Did the weight of his past feel like a burden or did it exhilarate him and dynamize his creative powers? I’m hoping that in the coming weeks your explorations of your past will feel far more like the latter—a gift and blessing that helps you understand aspects of your history that have always been mysterious or murky.

SAGITTARIUS (Nov. 22-Dec. 21): According to my analysis of the astrological omens, you’re primed to navigate your way through a sweetly gritty, tenderly transformative, epically meaningful turning point in the history of your relationship with your favorite collaborator or collaborators. If that sounds too intense, you could at least accomplish an interesting, stimulating, educational shift in the way you fit together with your best ally or allies. It’s up to you. How much love and intimacy and synergy can you handle? I won’t judge you harshly if you’d prefer to seek the milder version of deepening right now. Besides, you’ll probably get a chance to go further later this year.

CAPRICORN (Dec. 22-Jan. 19): Actress Emma Thompson tells us, “I wish I wouldn’t have to say this, but I really like human beings who have suffered. They’re kinder.” Adding to what she observes, I’ll say that for many people, their suffering has also made them smarter and more soulful and more compassionate. Not always, but often, it’s the pain they’ve suffered that has helped turn them into thoughtful companions who know how to nourish others. I urge you to make a special point to converse with people like this in the near future. In my estimation, you will benefit from intense doses of empathetic nurturing.

AQUARIUS (Jan. 20-Feb. 18): Lake Elsinore is a city in southwestern California. Last spring, torrential rains there caused a “superbloom” of poppies. Millions of the golden-orange wildflowers covered many acres of Walker Canyon. They attracted another outbreak of beauty: thousands of painted lady butterflies, which came to visit. The magnificent explosion was so vast, it was visible from a satellite high above the earth. I wouldn’t be surprised if you’re experiencing a metaphorical superbloom of your own right now. I hope you will find constructive ways to channel that gorgeous fertility.

PISCES (Feb. 19-March 20): Lucumi is an Afro-American religion with Yoruban roots. Its practitioners worship their ancestors, and seek regular contact and communion with them. According to Lucumi priestess Luisah Teish, “Sometimes the ancestors deem certain information so important that they send it to the subconscious mind without being consciously asked.” It’s my belief that all of us, whether or not we’re members of the Lucumi religion, can be in touch with the spirits of our ancestors if we would like to be—and receive useful guidance and insight from them. The coming weeks will be a time when you are especially likely to enjoy this breakthrough. It’s more likely to happen if you have an intention to instigate it, but it may come to pass even if you don’t seek it.