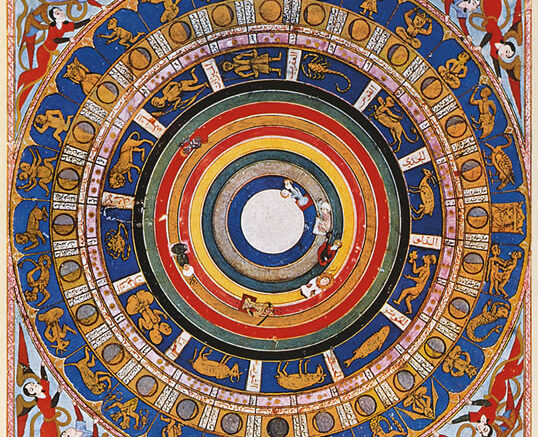 ARIES (March 21-April 19): Aries poet Paul Verlaine wrote “Autumn Song” in 1866. It became a well-known French poem, and eventually played a role in a historical turning point. In June 1944, a top-secret British spy organization used the poem as a code to communicate crucial information to the French Resistance, via BBC radio, about the allies’ upcoming D-Day invasion of Normandy. In the spirit of poetry being used to accomplish practical actions, I’m now sending out a burst of code to you. It’s adapted from another poem by Verlaine: “Delight in good-omened fortune, baptized by the bristling scents of mint, thyme and clover on the wind of dawn.” Regard this as a signal for you to acquire a necessary resource, strengthen connections with key allies, and intensify your current quest.

TAURUS (April 20-May 20): Taurus philosopher Bertrand Russell observed, “The best life is the one in which the creative impulses play the largest part and the possessive impulses the smallest.” That is always an important principle for everyone to embrace, in my opinion. But it will be an especially essential truth for you in the coming weeks. Your creative powers will thrive, even soar and generate blessings, to the degree that you downplay and outwit your possessive inclinations.

GEMINI (May 21-June 20): “It’s OK to live a life others don’t understand,” writes author Jenna Woginrich. That’s a healthy attitude for an eccentric person like her, who taught herself by trial and error how to run a small farm with a meager budget while all alone in the middle of nowhere. But does her advice apply to everyone? I say yes, it does. All of us have quirky behaviors and idiosyncratic ideas and odd feelings that other people find hard to understand, let alone appreciate. I bring this to your attention because the coming weeks will be a time when it’s best for you to emancipate yourself as much as possible from the need to be perfectly understood as you express your raw, pure, unique self.

CANCER (June 21-July 22): I’m one of the lucky people who has never been addicted to alcohol or drugs. What’s the source of my great fortune? Two kinds of grace are key: I suffered no abuse and trauma when I was growing up, and my genetic make-up doesn’t predispose me to self-medicate with intoxicants. But I am indeed a bit addicted to other things, like fearful fantasies, sexual feelings and the urge to win arguments. So I’m blessed in some ways, cursed in others—just like all of us! In honor of our season of introspection, I invite you to do what I just did: Count your blessings and curses. Doing so will bring you just the right kind of healing.

LEO (July 23-Aug. 22): “Jacquemus Mini Le Chiquito” is the name of a tiny purse you can buy for $522. It fits into the palm of your hand, and won’t hold much—maybe a single-use strand of dental floss, a shoe from a Barbie doll, a snippet of a loved one’s hair, an aspirin, maybe a few crumbs from a potato chip. In any case, I don’t recommend it for you. You should be surrounding yourself with symbols of capaciousness and roominess. You need influences that inspire you to be a spacious container. It’s time for you to welcome and receive an abundance of blessings, inquiries and invitations.

VIRGO (Aug. 23-Sept. 22): “Worry is a way to pretend that you have knowledge or control over what you don’t,” writes author Rebecca Solnit. “And it surprises me, even in myself, how much we prefer ugly scenarios to the pure unknown.” Your assignment in the coming weeks is to thoroughly incorporate Solnit’s wisdom—and then wield it with tender ferocity as you reshape your relationship with the future. See if you can manage, if only for ten days, to fight off and dissolve the reflex to worry. Here’s a tip: Any time the agitated fantasy of an ugly scenario rises up in your imagination, remind yourself that it’s not objectively true and immediately replace it with a fantasy of a desirable scenario.

LIBRA (Sept. 23-Oct. 22): Nobel Prize-winning Libran author William Faulkner was asked by a cousin if he was drunk when he dreamed up the imaginative stories and characters in his novels. The truth was that on occasion Faulkner did indeed consume alcohol in excessive amounts. However, he rarely indulged while actually writing. His creative ideas mostly came from his fertile imagination, not an unhinged spirit. In the coming weeks, I hope you will be like Faulkner during the inventive phases he enjoyed while sober and disciplined and driven by focused intention. The astrological omens suggest that’s the best recipe for generating original ideas and productive visions.

SCORPIO (Oct. 23-Nov. 21): “What use is this howling tenderness?” wrote eighth-century Tamil mystic poet Andal. My research on Google reveals that no one has answered her question until now. I decided you would benefit from hearing my response, since you are in a chapter of your life story when howling tenderness could work to your benefit. So here’s my counsel: Howling tenderness is useful because it has the power to shatter mysterious barriers that have been at least partially obstructing you from exploring the frontiers of sacred intimacy.

SAGITTARIUS (Nov. 22-Dec. 21): Buddhist teacher Jack Kornfield articulates the spiritual medicine I think you should seek in the coming weeks. You especially need it, and by happy coincidence, it’s likely to be available. Kornfield writes: “When we have for so long been judged by everyone we meet, just to look into the eyes of another who does not judge us can be extraordinarily healing.” I urge you to identify the people who can perform this service for you, then ask them point-blank to perform this service, even if it has to happen over FaceTime or via Zoom. To generate the good karma that will ensure this happens in just the right way, offer to perform the same service for others.

CAPRICORN (Dec. 22-Jan. 19): “The changes we dread most may contain our salvation,” writes author Barbara Kingsolver. Although I mostly agree with her conclusion, I’ll also suggest that we could come up with less melodramatic versions of it. For example, we might say, “The adjustments we’re resisting may actually be healthy.” Or “The uncomfortable transitions we’re avoiding might ultimately lead to a better version of comfort.” Or “The revelations we’re attempting to ignore and deny could eventually be the source of relief and release.” Do any of these work for you right now? I bet at least one does.

AQUARIUS (Jan. 20-Feb. 18): Some people seem to think of sacredness as being pristine and pious—an immaculate and orderly transcendence of earthly concerns. Author and minister Marilyn Sewell has a different perspective. “Who can order the Holy?” she asks. “It is like a rain forest, dripping, lush, fecund, wild. We enter its abundance at our peril, for here we are called to the wholeness for which we long, but which requires all we are and can hope to be.” I recommend Sewell’s version of holiness to you in the coming weeks. You’re primed to upgrade and deepen your sacred lust for life.

PISCES (Feb. 19-March 20): When Europeans arrived in the New World, the Iroquois Confederacy in what’s now northeastern North American had been practicing participatory democracy for 350 years. The visionary principles of these native people ultimately influenced the formation ofthe United States and its Constitution. Now would be a good time for you to be inspired by these facts. How? You could draw teachings from the past and use them to create your future. You could study the perspectives of indigenous people and incorporate their wisdom into the way you live your life. You could tune in to and explore the traditions of people you respect and adopt them for your own use.