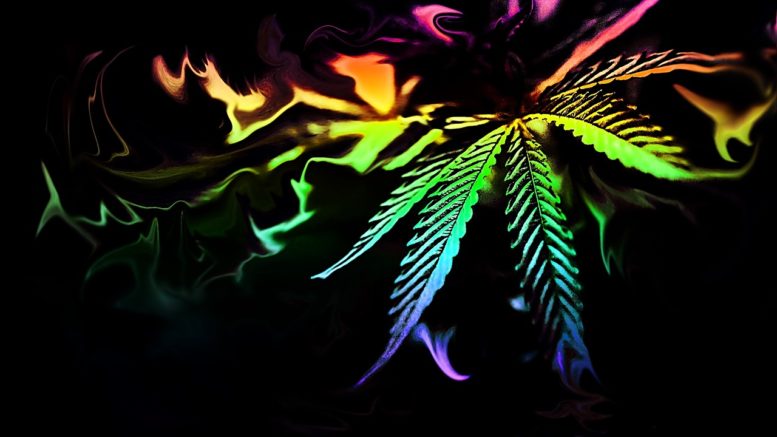 In our house it’s known as “The Great Brownie Incident of 2012.”

It’s a hilarious memory, a funny story to tell at parties and a painful reminder of just how very bad I am at getting stoned.

It was supposed to just be a routine Saturday night visiting friends for dinner. There was pasta and wine, and after the meal, a pan of brownies our friend had made using some cannabis oil he’d recently acquired. It was his first time making them; he hoped that they would taste good.

After our meal, he carefully cut the brownies into nine good-sized pieces. We each took one, me a little more cautiously than the rest.

I’ve never been big on anything cannabis-related. In high school, I took a puff of a joint here or there, but never really felt the effects in a way that made me want to try it again.

I have always felt a slight generational shame at how inept I am at getting high. As a teenager of the ’80s, raised on films such as Fast Times at Ridgemont High and Up in Smoke, it should be baked into my blood, this ability to inhale from a joint without inducing a 10-minute coughing fit and 24-hour headache. And yet I’ve rarely enjoyed it in a way that made me understand the appeal.

One brownie and a half-hour later, though, I could hardly open my eyes. And not in a nice, buzzed sort of way.

We were sitting on the couch. There had been talk about watching a movie, but now the room tilted. Everything started to go black.

“Are you OK?” my husband asked.

I shook my head no and tried to stand.

It was only 7:30 p.m. and here I was, felled by a single pot brownie in the amount of time it takes most people to feel a pleasurable high.

Everyone laughed at me. I was such a lightweight. Still, my friend helped me up the stairs and to the guest room. She got me an extra pillow and shut off the light.

Instead of falling asleep, however, I was suddenly wide awake and freaking out.

Downstairs, my husband and friends continued. More brownies were consumed. The TV turned on, loudly, and a karaoke battle commenced. The sounds of Starship blasted through the house, and as everyone engaged in a tortuous, vigorous debate on the lyrics to “We Built This City,” I lay in bed, certain I was dying.

The room popped in and out of focus, a bright swirl of colors. Someone yelled “Marconi plays the rumba!” and I tried to argue with them in my head: That’s not how it goes, that’s not how any of this goes.

My body thrummed with needles of anxiety. At one point my arm brushed against my chest and I jumped in terror, thinking someone had entered the room to attack me.

Maybe it was only five minutes, maybe it was five hours, but the entire time my brain prodded my eyes open with a fierce sense of terror and existential dread.

I worried my husband would suddenly appear, wanting to drive home. I didn’t think I could move my legs; they were anchors, weighing me down to drown in this bed.

I worried, wondering why my husband hadn’t come upstairs to check on me. Didn’t he care about me up here, dying alone?

I don’t like being this high, I thought. This isn’t my kind of high, please make it stop.

The next morning, I made my way downstairs. My head felt like someone had placed a brick on it, my sinuses vibrated as if they’d been scraped empty and my tongue seemed thick and ashy.

As it turned out, I wasn’t the only one who’d had a rough night. My husband had never made it upstairs because at some point the brownies had overtaken him, leaving him curled up on the couch all night, also convinced that he was going to die.

It was a good life, he thought to himself over and over as he tried to sleep.

It wasn’t until a few days later that we found out the secret to those brownies. The regular recipe called for a half-cup of vegetable oil. To make buzzed brownies, one needed to just swap out two tablespoons of that with the cannabis oil. Instead, he’d replaced the oil one-for-one.

A half cup of cannabis oil. For one recipe.

“Sorry I tried to kill us all,” he said sheepishly.

While I like the idea of edibles—carefully crafted by professionals who understand proper ratios—I’m still not very good at getting high. It seems like the very thing that is supposed to calm my anxiety often only enhances it.

Once, I took a gummy thinking it would lull me to sleep but instead I woke up at 3 a.m., fretting as the room spun with rainbow colors and a creeping sense of dread that I’d never be sober again. Another time I cut a sliver from a pot cookie—the recommended dosage was the entire thing—and spent the rest of the night in a hazy fever dream lit with surrealistic images.

These days I proceed with extreme caution—half a gummy here, a low-key puff on a vape cartridge there.

Why even bother? So many of my friends self-medicate with great success and, as a result, I continue to think—no, hope–that cannabis could be a healthier solution to sleepless nights when I’m stressed, sad or simply in need of a dose of chill.

Someday I’ll find that perfect high, one that doesn’t give me headaches, burned lungs or, worse, a hideous trope of Dali-esque images, summoned to the forefront of my consciousness.

Until then, every time I try a new variation, I’ll always think of that night, those brownies and the terrifying sound of Starship playing endlessly on repeat.

Be the first to comment on "Baked and confused"